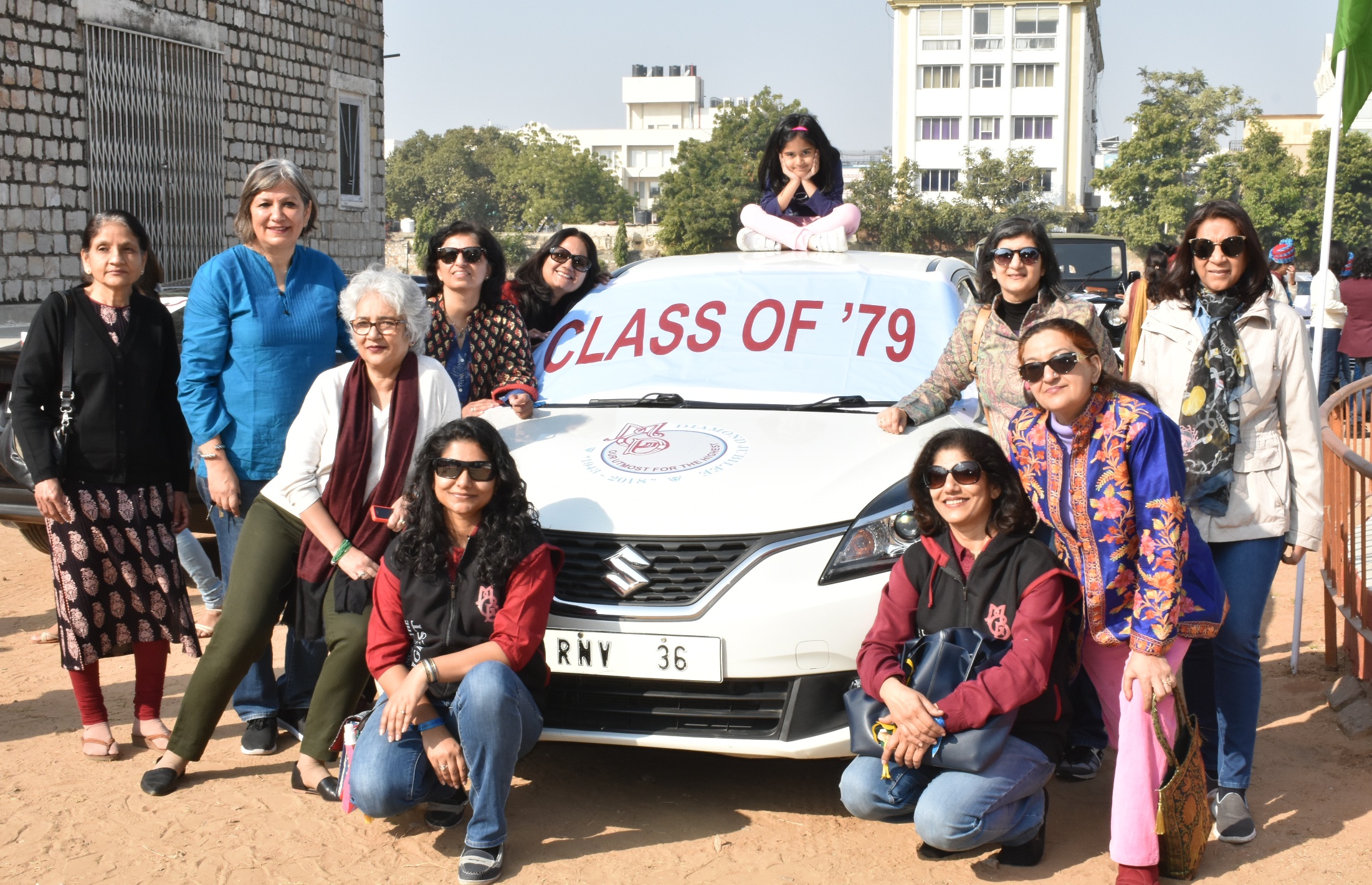 The 3-day celebration on the occasion of the ’75 Years of MGD’ ended with a car rally. The rally which kicked off from the Albert Hall, proceeded with stops at the Rajasthan University (RU), Jawahar Kala Kendra (JKK), Rambagh Polo Ground and SMS Convention Centre, finishing at the MGD School.  At each stop, clues were given to the teams, after solving which, they could proceed further. The rally was flagged off in the morning by the Secretary, MGD Girl’s Guild, Mrs. Nirmala Durlabhji.

The results were decided by a jury comprising the MGD Guild. While Principal, Mrs. Archana S. Mankotia announced the results, they were given away by President, MGD, Rani Vidya Devi.