MESMERISING MUSICAL AND PERCUSSION PERFORMANCES BY CHILDREN AT JKK

HomePress ReleaseMESMERISING MUSICAL AND PERCUSSION PERFORMANCES BY CHILDREN AT JKK 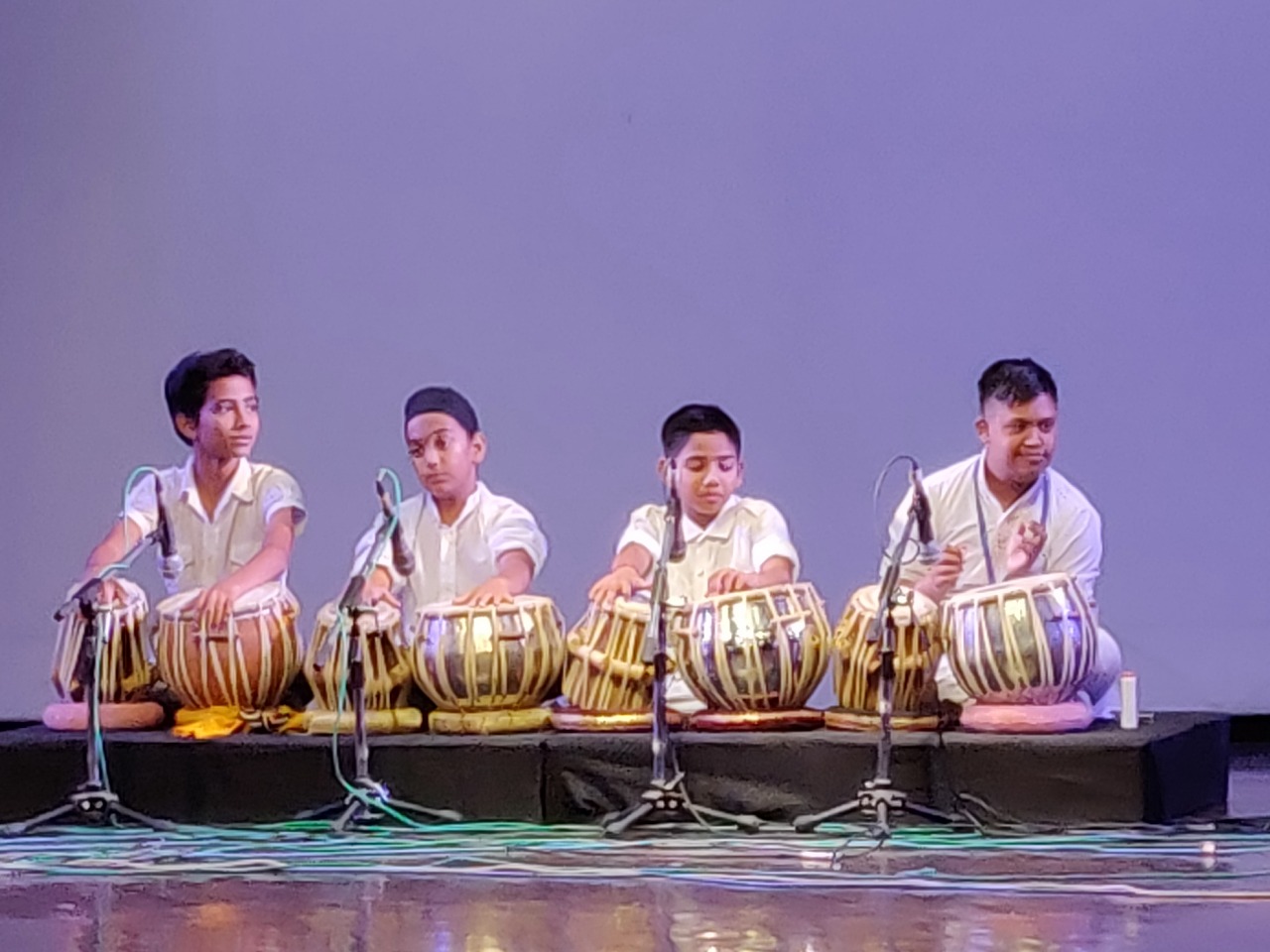 MESMERISING MUSICAL AND PERCUSSION PERFORMANCES BY CHILDREN AT JKK

As many as 30 children, who were a part of the month-and-a-half-long ‘Junior Summer programme’ at Jawahar Kala Kendra (JKK) left the audience spellbound with a mesmerising display musical and dance performances. The evening began with several home production songs by the newly-formed JKK Band – ‘Una Paloma Blanca’, ‘Mai Toh Piya Se Naina’, ‘Ekla Cholo Re’ and ‘Tere Dar Pe Sawali’, among others.

This was followed by a mellifluous percussions performance by the participants of the ‘Taal’ workshop. The children played instrumental versions of Yeh Dosti and Papa Kehte Hai. This was followed by a brief Tabla recital wherein the participants demonstrated various taal, kayda, tukde and tihai they learned during the workshop. The students of Khartal played various rhymic combinations on the instrument.