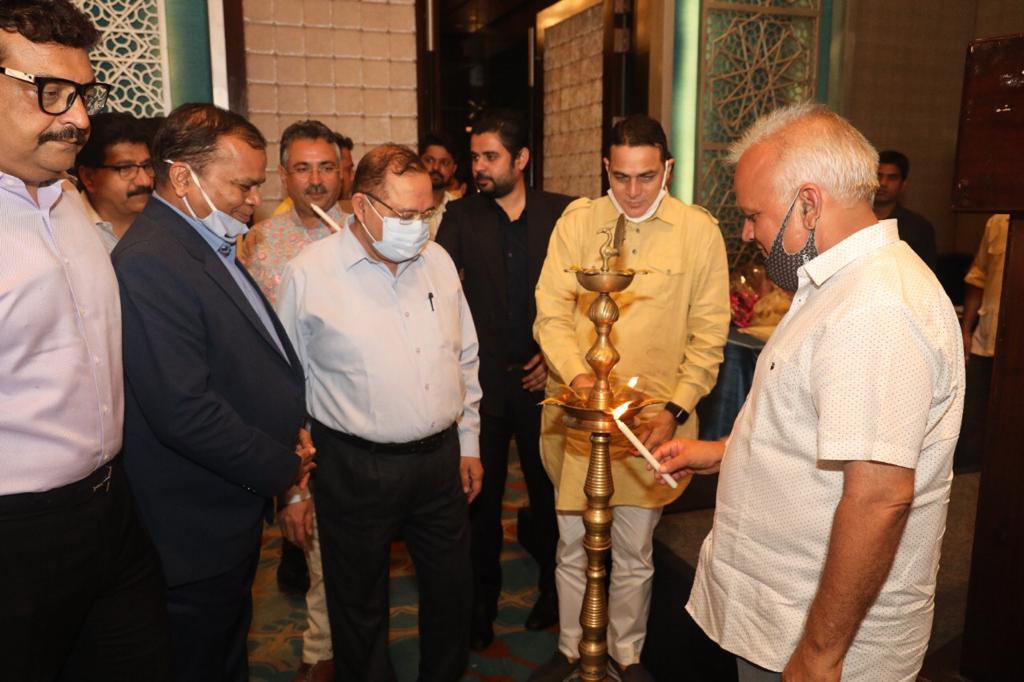 The office bearers of the new committee of Confederation of Real estate Developers’ Association of India (CREDAI) governing committee took CREDAI code of conduct on Sunday evening at Hilton Hotel in Jaipur. The oath stated that the members will not violate any norms as laid down by the Government. The CREDAI Code of Conduct was administered by the Chief Secretary, Government of Rajasthan, Mr. Niranjan Arya.

On the occasion, the Chief Secretary, Mr. Niranjan Arya said that the community of builders has played a huge role in changing our way of life. They have unleashed a new culture and life by providing housing for people.

The Chief Secretary assured the members that their demands and expectations from the government have been duly heard. The government is also trying to recover from the aftermath of Covid-19, he added. He also urged the CREDAI members to firmly follow the Code of Conduct.

Earlier the Chairman of RERA, Mr. NC Goyal stated that the process of registration of builders is now online. A whopping 80% of the applications received are processed and registered within 30 days.  The processes of post-registration, modification, map revision etc. are also being made online. The aim is to make RERA an office without any paper or footfall.

The Principal Secretary, UDH Department, Government of Rajasthan, Mr. Kunji Lal Meena unveiled the Constitution of CREDAI Rajasthan on the occasion. On the occasion, he informed that from 2 October, 10 Lakh ‘patte’ will be distributed in the state as a part of the ‘Prashashan Shahron Ke Sang Abhiyan’.

The President of CREDAI Rajasthan, Mr. Dhirendra Madan said in his Presidential Address that the Government or the Rajasthan Housing Board should provide an appropriate plot of land on which a state-of-the-art convention center can be formed. He also said that the government should help us in setting up a single window system, make the procedures and guidelines easier with the approvals done online. The stamp duty and other taxes should also be business friendly.

The Chairman, CREDAI Rajasthan, Mr. Anurag Sharma in his Welcome Address said that CREDAI is committed to a vision that encapsulates the essence of Heritage as well as Hi-Tech. He appealed that the RERA Registration should be made compulsory for all builders.

The General Secretary, CREDAI Rajasthan, Mr. Rajendra Pachar said that in the building and construction industry, the builder must take the labour along with them since they are mainly an unorganized sector. They should have proper co-ordination with the purchaser of the flats and houses.  They also expect the support of the government which should be both ways with builders not flouting any norms.