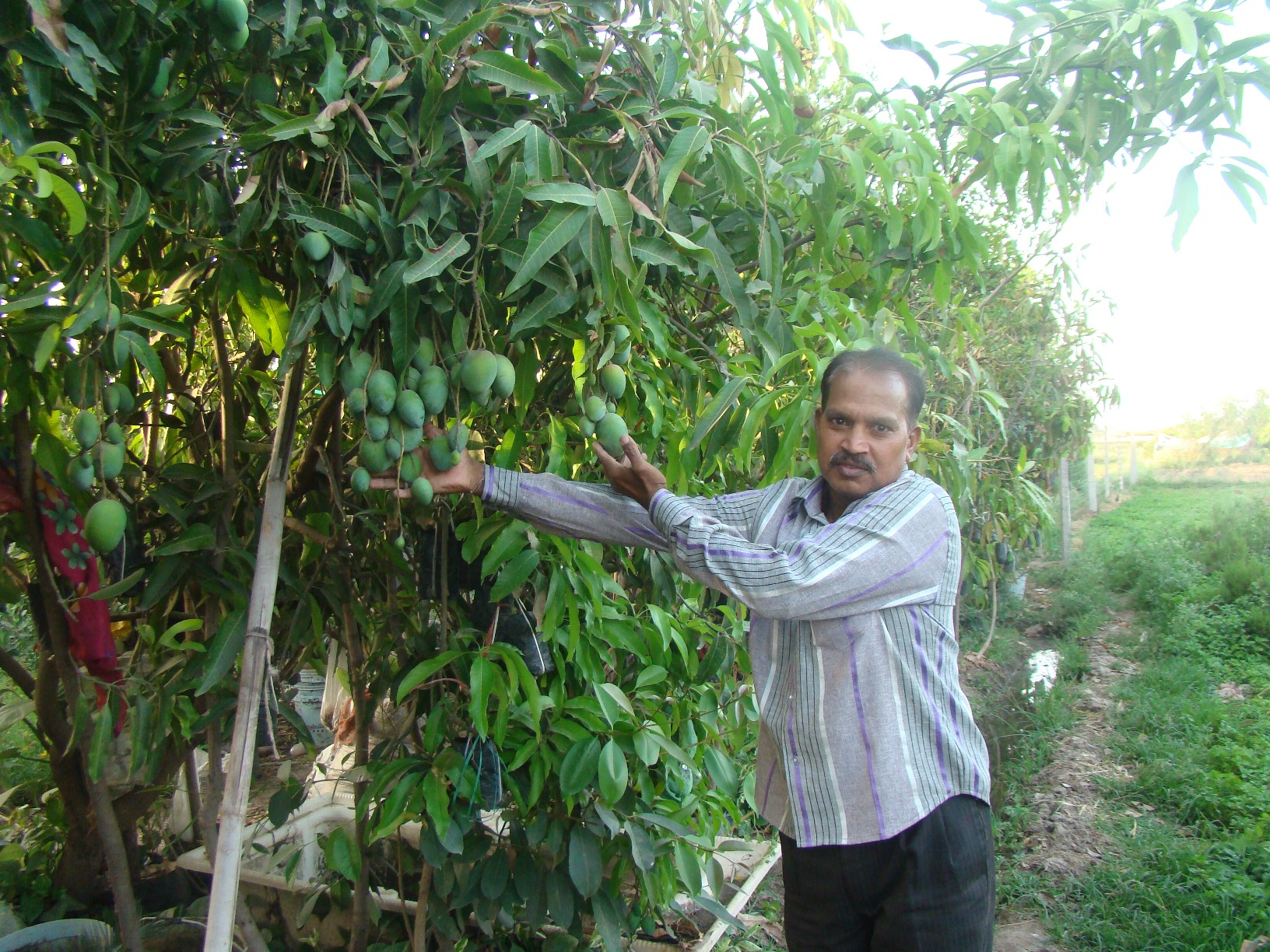 Jaipur, 14 May: Kota innovator and farmer, Kishan Suman has 4 of his evergreen mango trees planted in the Mughal Gardens of the Rashtrapati Bhavan. Suman identified the Sadabahar (evergreen) mango variety that blooms round the year. In his 4 bighas of agricultural land, there are 22 mother plants and 300 grafted mango plants for sale in his orchard. These saplings are immune to major diseases and disorders of mangoes. This mango variety is a dwarf type and hence can be grown in pots. It regularly bears fruits throughout the year and is most suitable for high density.

Suman said 17 years ago he identified a mango tree in his orchard which was blooming in all the three seasons (12 months) January-February, June-July and September-October. Upon preserving and preparing the grafted mango trees he noticed that the trees had a good growth trend and began to bear fruit from the second year of grafting. Suman further added that ‘GRAM Kota’, which is scheduled to be held from 24 to 26 May, will serve as a platform for him to promote his innovation on a national level.

The Sadabahar Aam as it is aptly called is now in the process of being patented. Suman informs that the plants are now being delivered to Chattisgarh, Delhi and Haryana on a regular basis. He has also received an award at the National Innovation Foundation’s exhibition and his innovation was appreciated by President, Mr. Pranab Mukherjee.