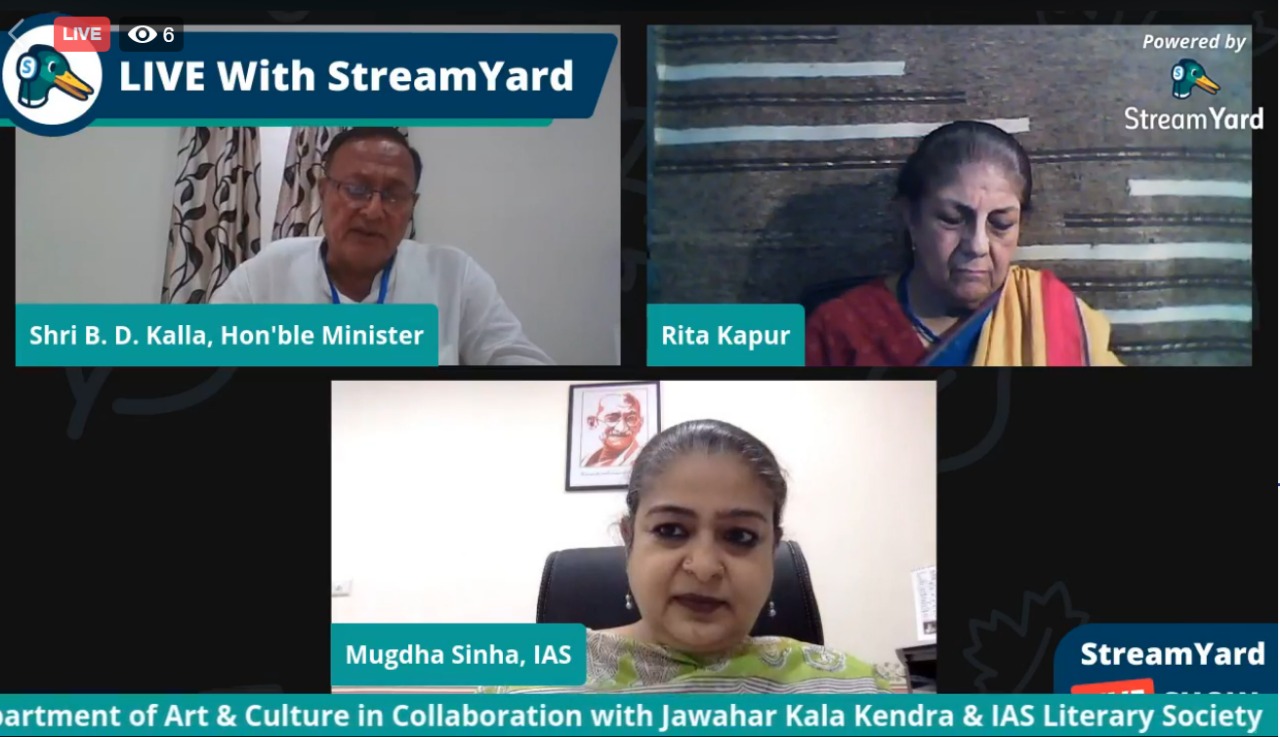 During the Indian Independence Movement, Mahatma Gandhi had said that agriculture is a deficit deal, a farmer can never move ahead by just farming. Which is why Gandhi started ‘Khadi Gram Udyog’ (khadi industries), ‘Kutir Udyog’ (cottage industries) and ‘Hathkargha Udyog’ (handloom industries). The handloom industry employs many people and is significant for the economy. In Rajasthan, Sanganeri, Bagru and Ajrak prints have been predominantly strong. Many artisans from the State have received awards and been recognised for their exceptional work.  This was stated by Minister of Art & Culture, Government of Rajasthan, Dr. B. D. Kalla. He also announced that artisans over the age of 70 years can send their applications through the Department of Art and Culture, Government of Rajasthan to the Ministry of Art and Culture, Government of India, to receive financial support of Rs. 4000 monthly on a regular basis. He was speaking as the Chief Guest on the live talk on ‘Handloom Craft & Art’ on the occasion of ‘National Handloom Day’. The talk also attended by author and textile scholar, Ms. Rta Kapur Chishti who was in conversation with Secretary, Department of Art & Culture, Government of Rajasthan and Literary Secretary, IAS Association, Rajasthan, Ms. Mugdha Sinha. The programme was organised by Department of Art & Culture, Rajasthan in collaboration with Jawahar Kala Kendra and IAS Literary Society.

On the occasion, Ms. Rta Kapur Chisti said that all artisans engaged in the handloom industry must first strengthen their foundation. Only then can they create top class work which will be coveted by the entire world. Benchmarks must be created to recognise what kind of handiwork qualifies as top class work so that artisan may be encourage and supported to produce such quality. Handloom is a great tradition of the country which is witnessing decline. This is mainly because artisans are not being given enough respect and recognition for their trade. The earnings in the industry are also very low which is why this generational craft is dying. If artisans get good earnings, their children will also follow in their footsteps and keep the art alive.