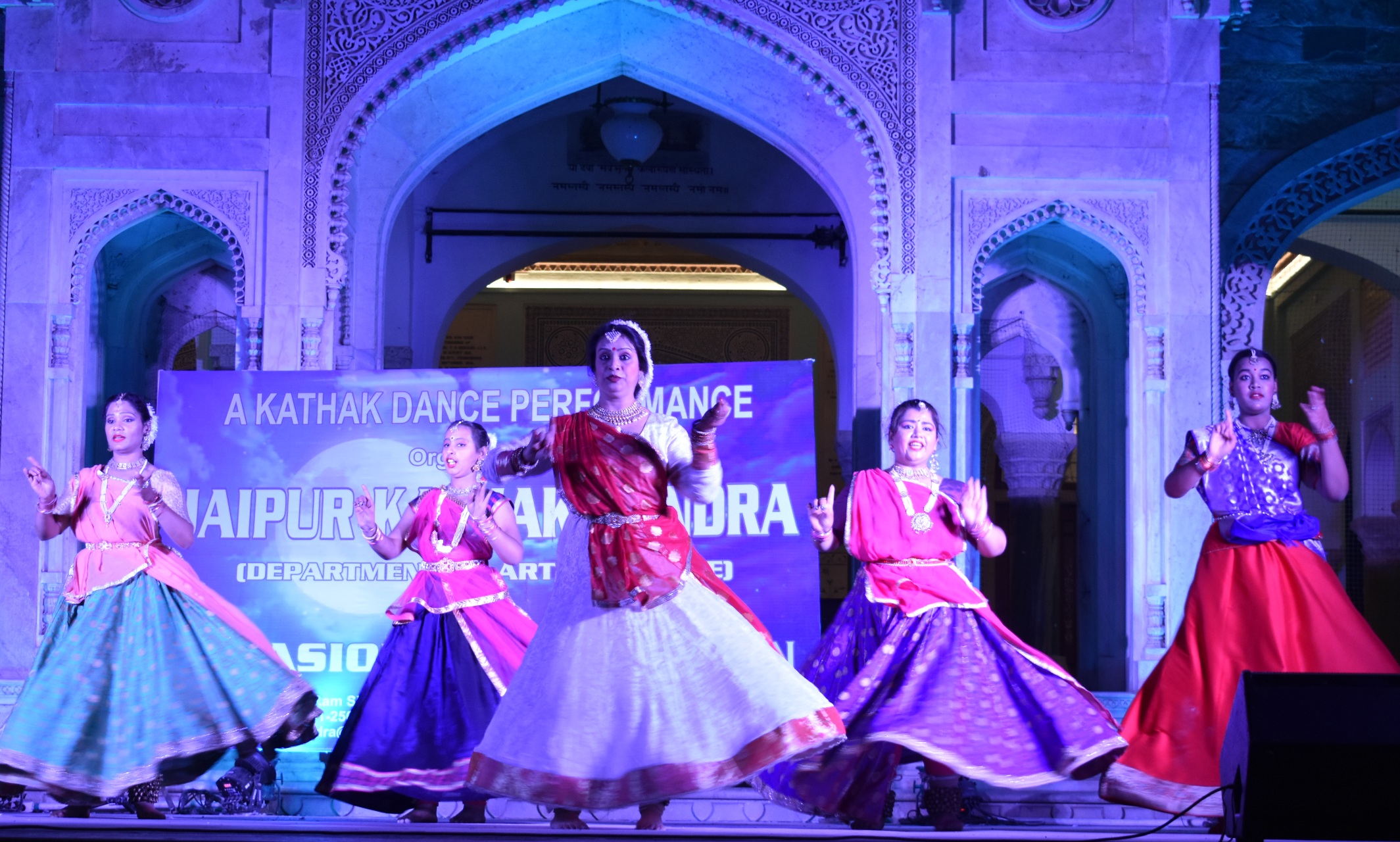 On the occasion of Poornima , scintillating Kathak performances were presented  at Amber Mahal and Albert Hall. These Kathak dance performances are being organized by the Department of Archaeology and Museums, Government of Rajasthan and Jaipur Kathak Kendra with the objective of promoting night tourism. A large number of tourists enjoyed watching the Kathak performances.

Tribute to Pulwama Martyrs through Kathak at Amber Mahal
Through a Kathak Dance Performance directed by Dr. Rekha Thakar of Jaipur Kathak Kendra, a tribute was paid to the martyrs of the Pulwama attack. The performance began with ‘Hai Naman Unko’. Later Bandish in the traditional ‘Taal Dhamar’ was presented. The performance concluded with a poem of Makhanlal Chaturvedi ‘Pushp Ki Abhilasha’. The presenters of the performance were Rekha Sain, Dr. Sakshi Singh, Devanshi Dave, Shagun Sharma and Ravindra Rathore. On the occasion Dr. Praveen Arya accompanied on Pakhawaj, Pandit Munnalal Bhat on Vocals and Harmonium, Muzaffar Rehman on Tabla and Pandit Hariharan Bhatt on Sitar.

Pure Kathak at Albert Hall
Along with her disciples, Dr. Shweta Garg presented a Kathak dance performance at Albert Hall. The performance was directed by Dr. Shweta Garg. The programme began with the worship of Lord Ganesha — ‘Gaiye Ganpati Jag Vandan’. After that pure Kathak in ‘Taal Teentaal’ was presented in which ‘Thaat’, ‘Mayuri Toda’, ‘Paran’, ‘Dohra’ were also performed. The programme concluded with a ‘Baav’ presentation on ‘Thumari’. Along with Shweta Garg, the other performing artistes on the occasion included Prerna Kulshreshtha, Kajol De, Saanjhi Dikshit and Tanishka Mudgal. They were accompanied by Rajendra Mewal on Harmonium and Vocals, Kumar Aditya Gaur on Tabla and Hemlata Parihar on Padanth.