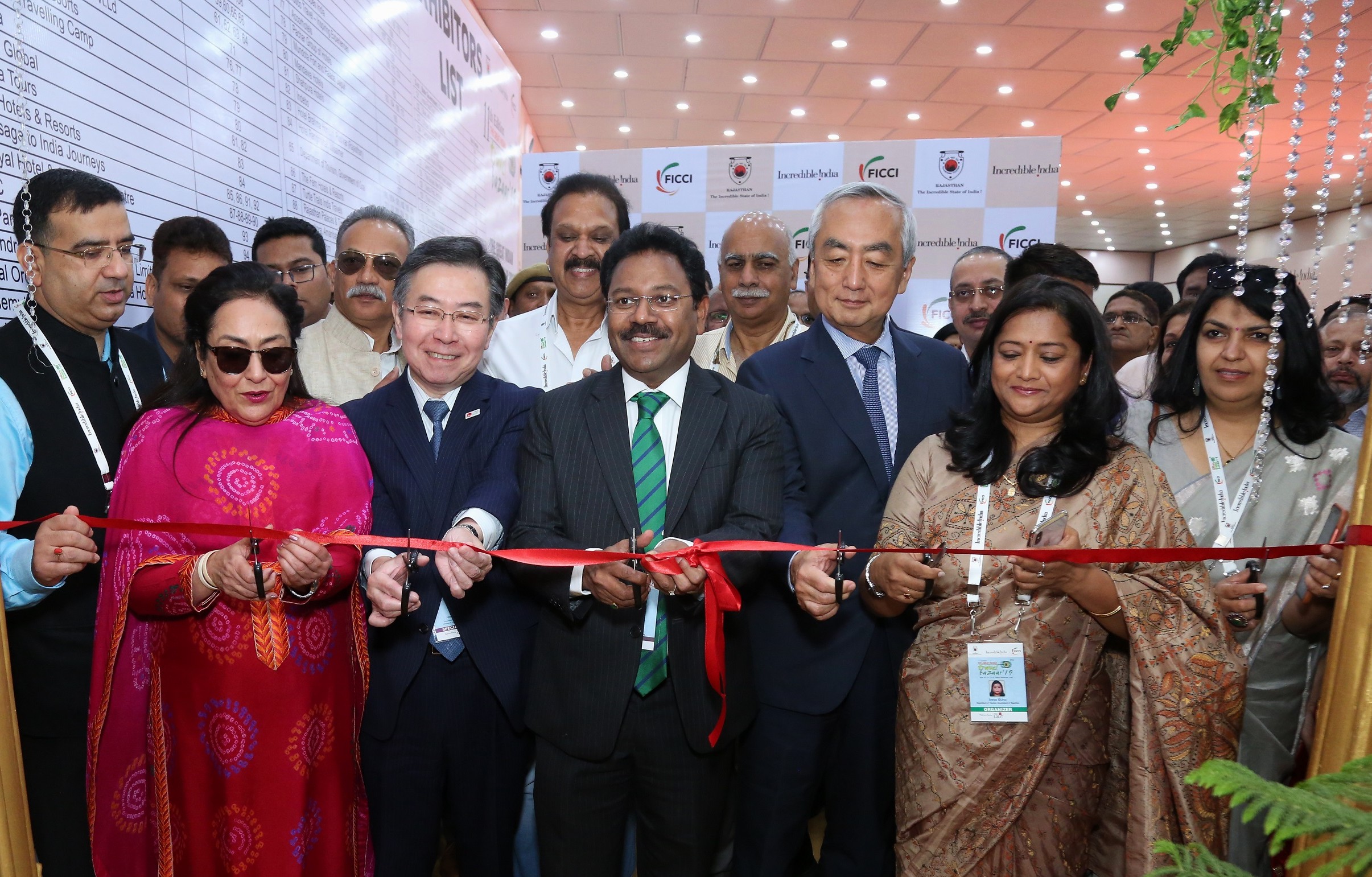 Later they went around the exhibition and visited a large number of stalls including the various State pavilions. As many as 10 States apart from the host State of Rajasthan are participating this year; Gujarat, West Bengal, Madhya Pradesh, Andhra Pradesh, Kerala, Karnataka, Odisha, Goa, Punjab and Chandigarh.

Over the years, GITB has evolved into one of the biggest travel and trade shows in the South Asian subcontinent. Today the show bore witness to 5,600 pre-scheduled meetings between major inbound foreign buyers and about 300 booth owners from the hospitality and travel trade. In all, there will be over 11,000 structured meetings at GITB 2019 over the two days.