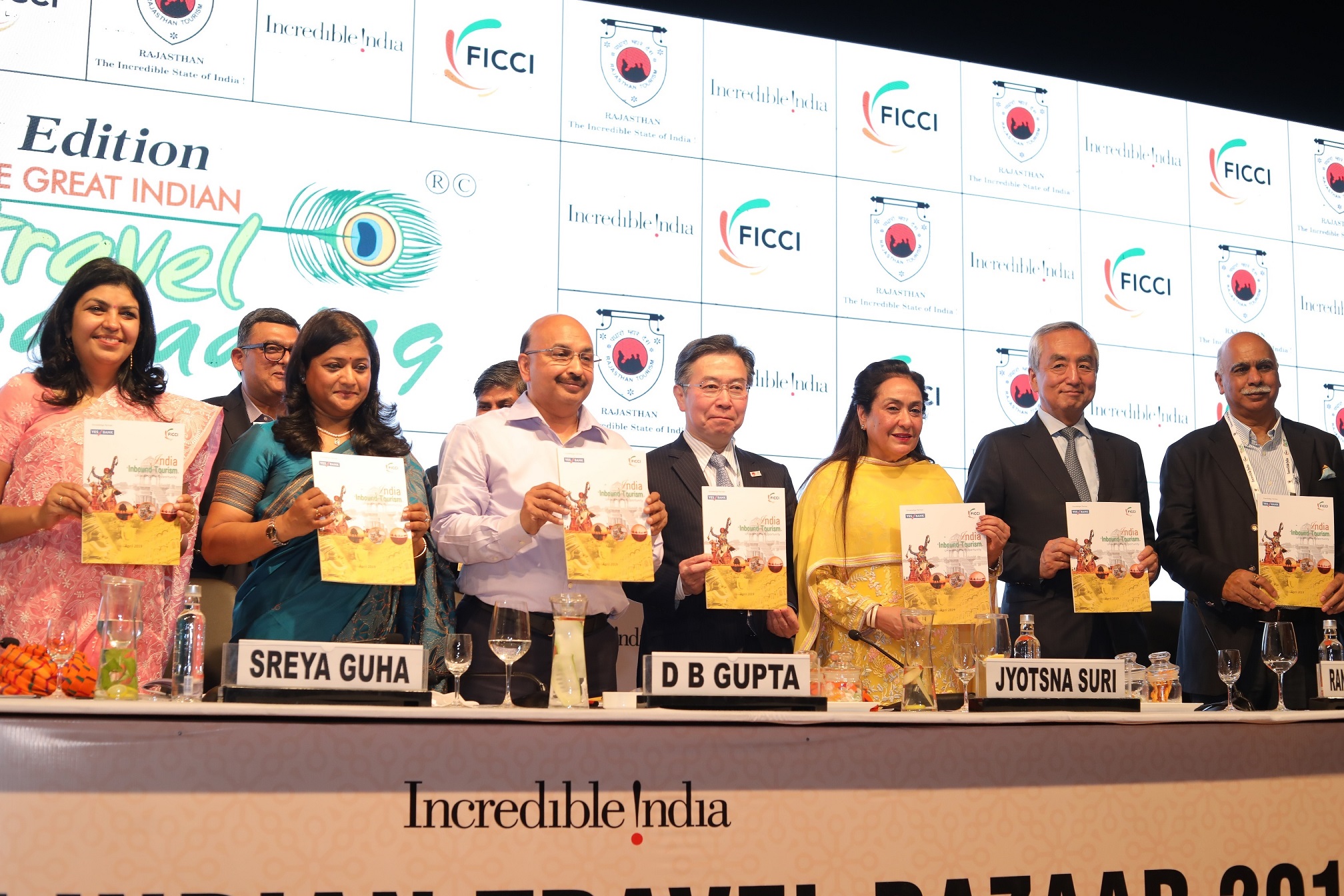 Tourism Infrastructure To Get High Priority in Rajasthan

Mr. D. B. Gupta, Chief Secretary, Government of Rajasthan on Sunday said that Tourism infrastructure will get high priority in Rajasthan. Speaking at the 11th edition of The Great Indian Travel Bazaar (GITB) 2019, Mr. Gupta said that in 2018-2019, as many as 83 development works related to tourism infrastructure have been undertaken.

The Union Ministry of Tourism has provided a support of Rs. 448 crores for various tourism products. The Chief Secretary also said that the tourism sector is a great generator of employment as a smokeless industry. It empowers people at the grassroot level and provides employment in rural areas and generates more jobs for women.

Mr. Gupta also said that State Government and FICCI have already signed an MOU for GITB to be held in Jaipur till the year 2024. He also announced that GITB 2020 will be held on 19, 20 and 21 April.

Ms. Sreya Guha, Principal Secretary – Tourism, Art & Culture, Government of Rajasthan said that the tourism industry has witnessed a record growth of 9.4% in domestic arrivals and 8.97% in international arrivals in 2018. The State Government is currently focused on creating an all-inclusive digital database for the State. This will provide a seamless experience to the traveler.

Ms. Aashima Mehrotra, Director, Tourism, Government of India said that while India has a number of tangible tourism products it also has intangible products like folklore, cuisines, culture and customary traditions. The Ministry is endeavoring to provide the global tourist these new experiences. This will make India the preferred tourism destination of the world. Incredible India’s new website has been made more user-friendly and interactive for the ease of the tourists.

Dr. Jyotsna Suri, Past President, FICCI; Chairperson, FICCI Tourism Committee & CMD, The Lalit Suri Hospitality Group said that that a total of 291 foreign trade operators (FTOs) from 47 countries and 260 Indian exhibitors with 300 booths are participating in this colossal bazaar.GITB 2019 will witness 11,236 pre-scheduled, structured B2B meetings in the next two days.