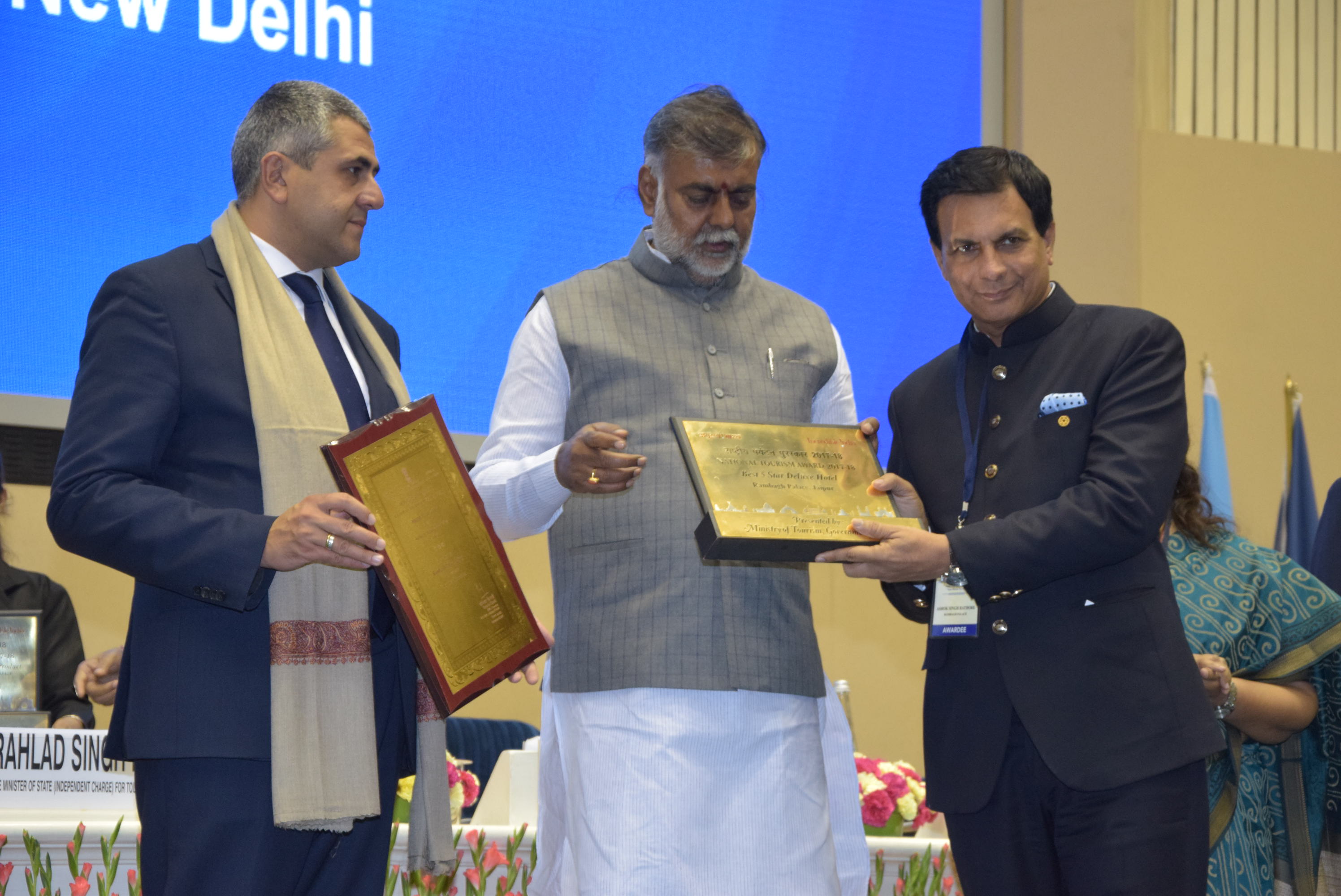 On the occasion of the World Tourism Day today, the Ministry of Tourism, and Government of India awarded Rambagh Palace, Jaipur as the Best Five Star Deluxe Hotel at the prestigious National Tourism Awards 2017 – 2018. The award was given away by Mr. Zurab Pololikashvii, Secretary-General of the World Tourism Organization and Shri Prahlad Singh Patel, Minister of State (Independent Charge) of Ministry of Culture and Minister of State (Independent Charge), Ministry of Tourism to Mr. Ashok Rathore, General Manager, Rambagh Palace in New Delhi today.

Speaking on this occasion, Mr. Ashok Rathore, General Manager, Rambagh Palace, Jaipur said, “It is a matter of great pride for Rambagh Palace to bring home another laurel to the Pink City, a UNESCO World Heritage Site ! The award is a true testament to the efforts and dedication of the team over the years, which make Rambagh Palace the Best Five Star Deluxe Hotel.I would also like to thank all our guests who made this possible.”

With a rich history dating back to 1835, Rambagh Palace has gracefully transitioned from once being the home of the queen’s favourite handmaidento later being the residence of the Maharaja Sawai Man Singh II and his queen, Maharani Gayatri Devi. Today, a jewel in the Taj’s crown, the glorious palace, which showcases the best of Rajasthan’s royal heritage, offers 78 stunningly restored grand luxury rooms and suites. With its extravagantly decorated hand-carved marble ‘jalis’ or latticework, sandstone balustrades, cupolas and ‘chattris’ or cenotaphs, and elaborate Mughal Gardens, Rambagh Palace is the perfect getaway to create once in a lifetime memories.

These awards, which have been given by the Ministry of Tourism since the early 1990s, recognize the performance and contribution of the various segments of the Indian travel and tourism industry, including state governments and union territories, hospitality brands and heritage hotels, travel agents and tour operators,and individuals and other private organizations; in furthering tourism in India.