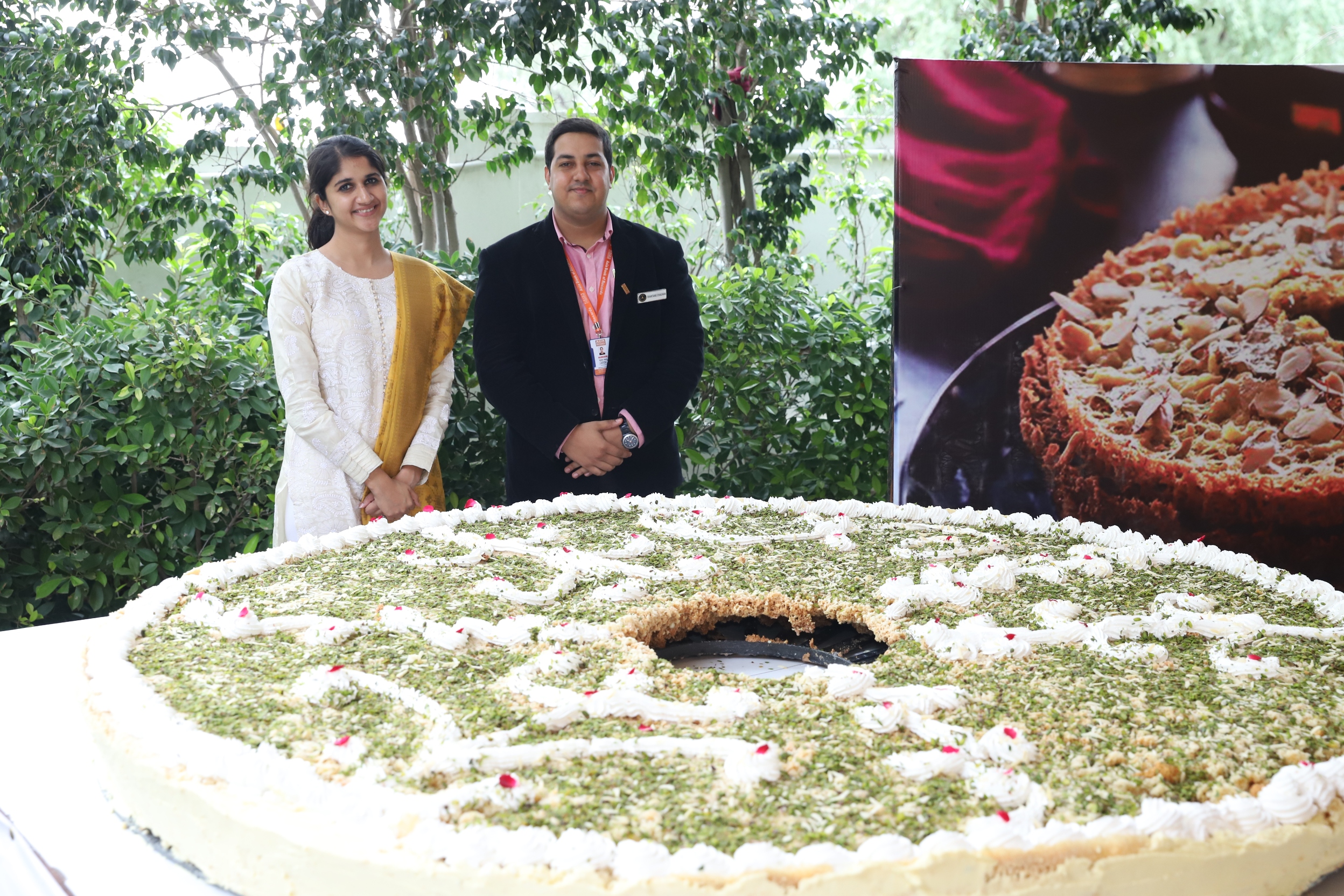 Jaipur based Gyanjee caterers set a unique and new record in the prestigious “Asia Book of Records” for making the largest ghewar on Thursday. The record making ghewar weighed 120 kgs and was 6 feet in diameter. The event was a precursor to the Salt Food Festival in October which is being held in collaboration with Gyanjee Caterers.

Throwing light on the record making event, organizer Salt Food Festival, Ms. Divolka Jain shared that the objective behind this event was to put Jaipur and its food on the world map. Even though the minimum requirement to make it to the record was a 20 kg ghewar, the team of Gyanjee caterers made a whopping 120 kg ghewar. To ensure that the ghewar does not break while coming out, special customized equipment was also made exclusively.

This attempt was in the ‘Food and Fashion’ sub-category of ‘Culture and Creativity’. Adjudicator from Asia Book of Records, Mr. Shantanu Chauhan was also present on the occasion.

It is to be recalled that the Salt Food Festival is a 2-day event which will be held on 20 and 21 October in Clarks Amer. The fest will feature alluring workshops by celebrity chefs, pop ups by food giants from around the country and market by home chefs, entertainment nights, among others. The festival has been organized in association with Gyanjee caterers.