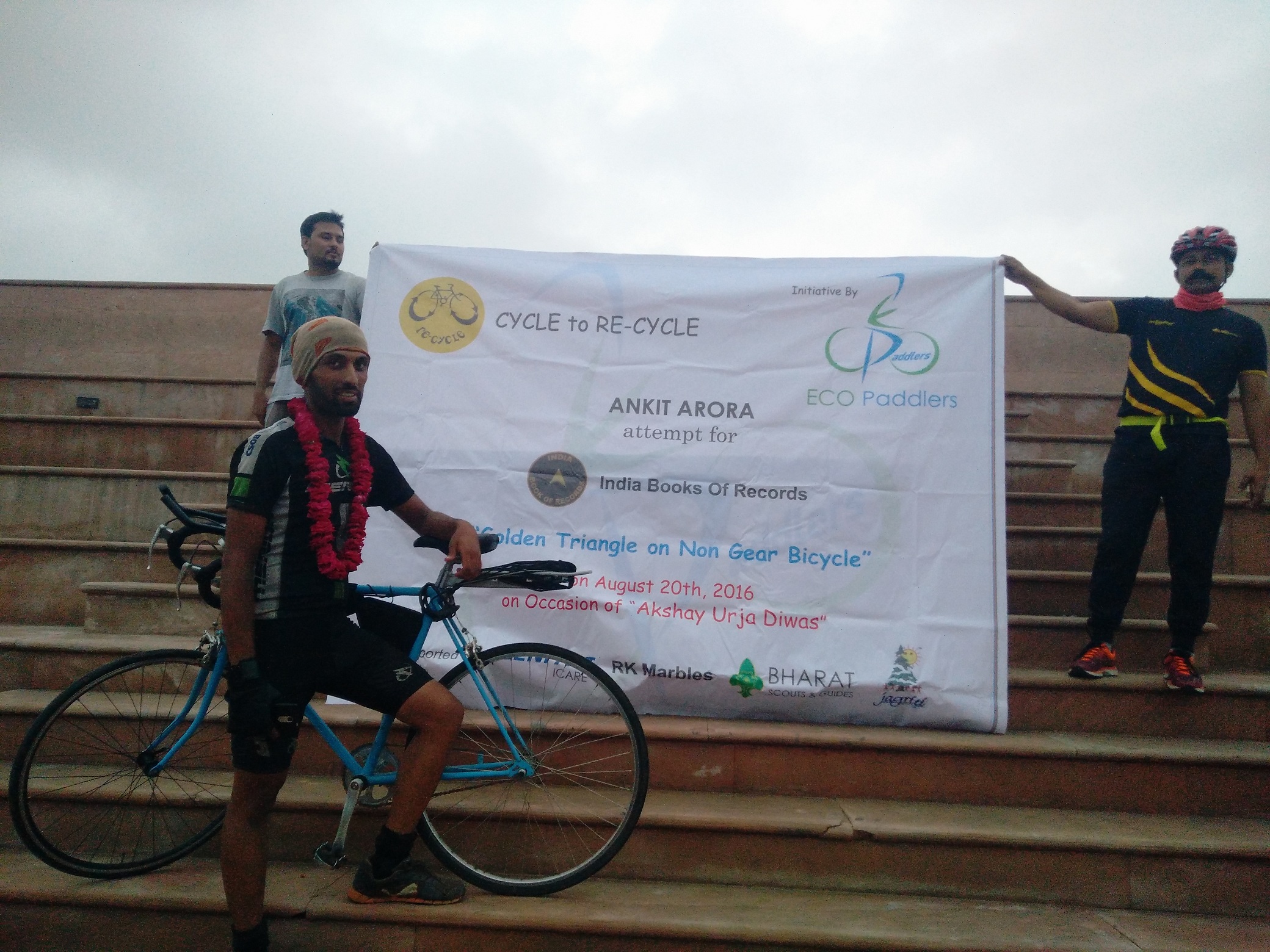 Covered the Golden Triangle route on a gearless bicycle in 69.38 hours
Created awareness about the use of renewable sources of energy

Jaipur, 26 October: Pink City boy, Ankit Arora recently made a new National record into the India Book of Records for cycling. He covered a whopping 702 kms while riding a gearless bicycle on the Golden Triangle (Jaipur-Agra-Delhi-Jaipur) route within 69.38 hours of continuous riding. This is for the first time that such a record has been created.

An ardent believer of the cause, ‘Cycle to Recycle’, Ankit Arora also clubs his adventurous streak with the cause of promoting the use solar energy and waste recycle and management. To promote the use of solar energy, he installed solar panels on his bicycle which was utilised for charging mobile phone, bicycle lights etc. On his way, he created awareness among people about the use of alternative sources of energy instead of conventional ones.

Mr. Mahendra Parikh, Special Secretary to Rajasthan Home Minister and Bharat Scouts & Guides also helped him in his endeavour by arranging police stations and Scouts officials in Rajasthan to get his record duly stamped and authenticated.

Organization of ‘Rajasthan Electronics and Instruments Limited’ also helped him in his endeavour by arranging solar panels.