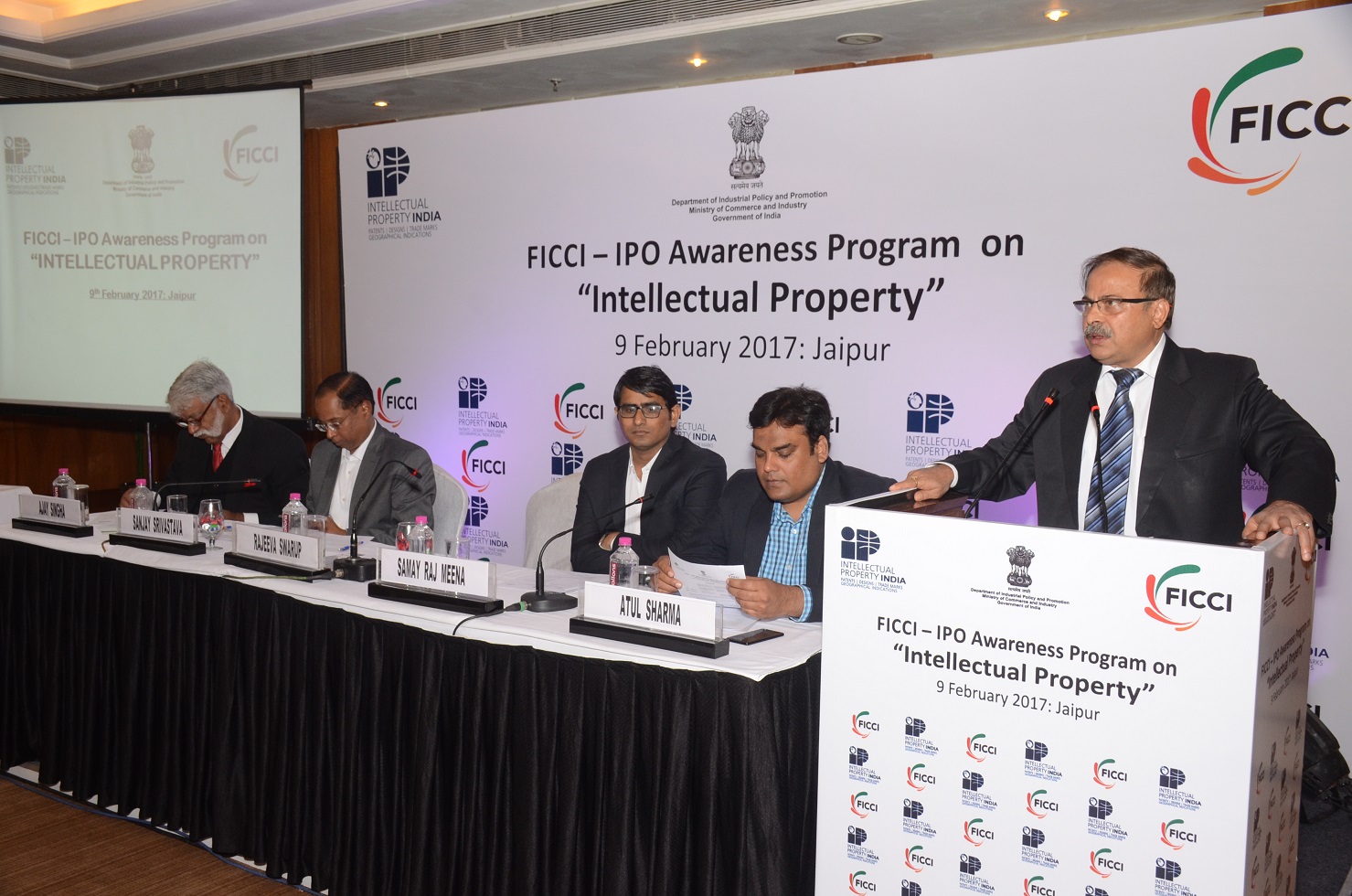 Jaipur, 9 February:  ‘Intellectual Property Rights’ (IPR) is a subject which is of immense importance and relevance in today’s times. It is thus important to create awareness about the topic. This was stated today by the Additional, Chief Secretary, MSMEs, Government of Rajasthan, Mr. Rajeeva Swarup. He was speaking as the Chief Guest in an awareness programme on intellectual property organized by Federation of Indian Chambers of Commerce and Industry (FICCI) in association with Intellectual Property Office (IPO), Department of Commerce & Industry, Government of India at Hotel Ramada in Jaipur.

Mr. Swarup further said that the large enterprises have well established legal cells but the medium and small enterprises are not aware about these rights and thus cannot take advantage of it. Since these days everything is technology driven and the society is extremely competitive, there is a need to protect innovation.

The Government of India has a facilitative framework and several schemes for MSMEs to be able to use IPR effectively. In fact, the Rajasthan MSME Policy is regarded the best in the country, informed Mr. Swarup.

Assistant Professor, Malviya National Institute of Technology, Dr. Amar Patnaik also gave a presentation on the Concept, Identification and Creation of Intellectual Property. He explained the basic concepts of Patent, Design, Trade Mark, Copy Right and Industry Right, among others. “Intellectual Property may be inventions, technologies, art work, music, literature etc. that are intangible when created but valuable in tangible form as products. IPR is a legal protection allowing the owner to prevent use of his property without consent”, he said.

Dy. Director, MSME Development Institute, Jaipur, Mr. Vikas Gupta highlighted the Government incentives and support for IP in MSMEs.  The Government through various initiatives is working towards capacity building, training and awareness programmes as well as e-content to encourage IPR in MSMEs. Talking about the schemes of the Government he informed that 80% patent filing charge of Startups is borne by the Government. Similarly, there are various incentives for students as well as established designers, to promote innovative designs and convert them into commercially viable projects.

Later, there was also a session on Procedure for Registering, Enforcement and Commercialization of IP.

The Vote of Thanks on the occasion was proposed by Advisor, FICCI Rajasthan State Council, Mr. Ajay Singha.