INTERACTIVE SESSION ON ‘DIALOGUE ON IDENTITY’ IN JKK

HomePress ReleaseINTERACTIVE SESSION ON ‘DIALOGUE ON IDENTITY’ IN JKK 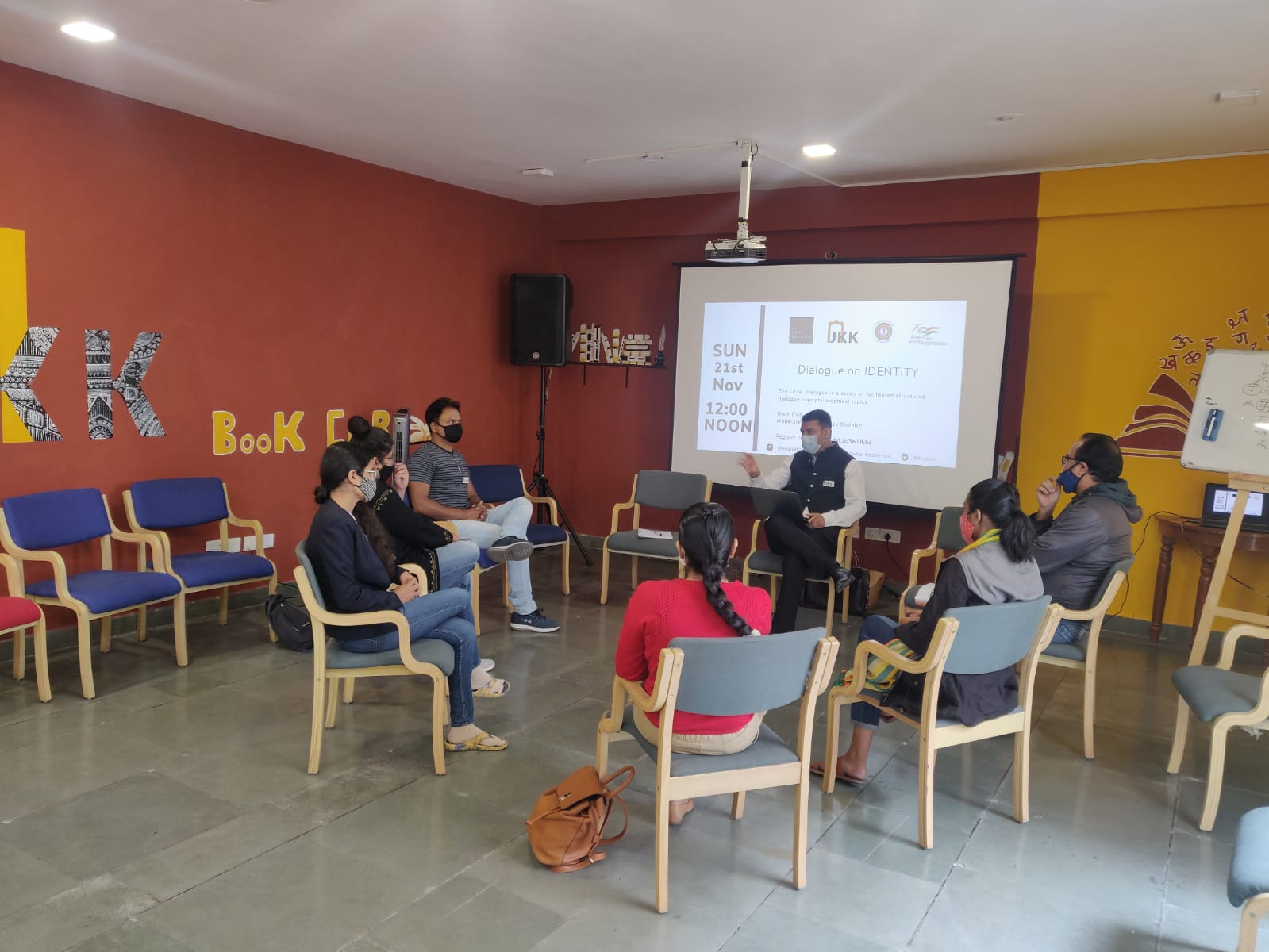 INTERACTIVE SESSION ON ‘DIALOGUE ON IDENTITY’ IN JKK

As part of ‘Azadi Ka Amrit Mahotsav’, Jawahar Kala Kendra (JKK), the Department of Art and Culture, the Government of Rajasthan, and The Local Dialogues organised an interactive session on ‘Dialogue on Identity’ that was held at JKK Book Club. The session included discussion on philosophical topics related to identity and was moderated by Mr Haridev Dadhich, the Head of Creative Advertising at  MoJ, ShareChat and the moderator of The Local Dialogues.

Mr Haridev Dadhich discussed various philosophical topics such as Identity Crisis, Identity Discrimination, Identity by Association, Behavior, Manifestations, etc. He gave his views about the importance, purpose, and crisis of identity in personal life, workplace, politics, and other areas.

The participants also actively participated in the interactive session and shared their life experiences and thoughts. They described how having high expectations of ourselves leads to depression and anxiety which further leads to difficulty in accepting ourselves as we are. They explained that expectations have a positive effect on some people and a negative effect on many others.