“India needs to focus on quality of Healthcare Services”

HomePress Release“India needs to focus on quality of Healthcare Services” 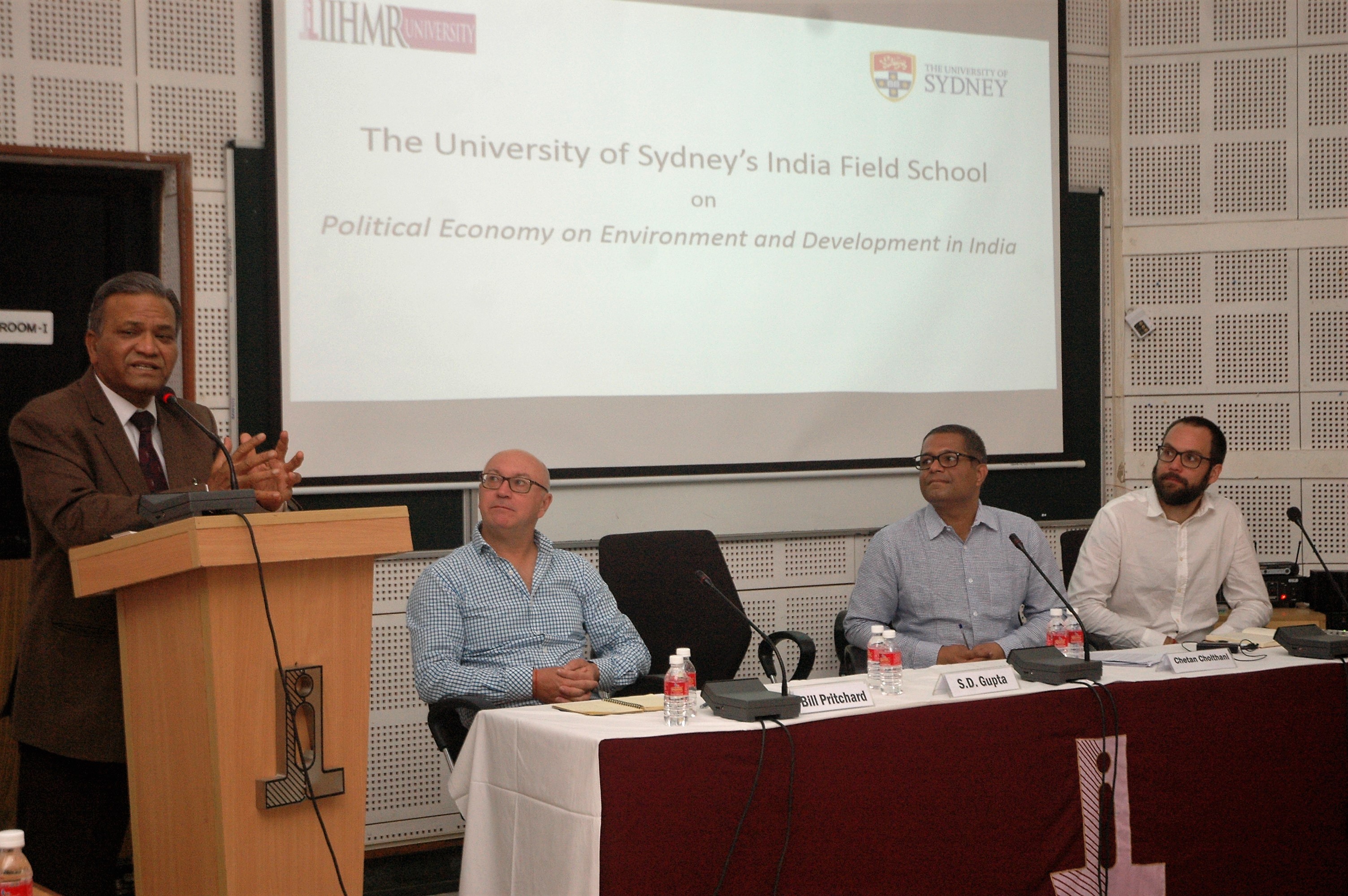 “India needs to focus on quality of Healthcare Services”

“INDIA NEEDS TO FOCUS ON QUALITY OF HEALTHCARE SERVICES”

Almost 80% childbirths are now in hospitals and medical institutions. This amount is a drastic change from the earlier 80% home deliveries. However, despite having state-of-the-art facilities in these institutions, maternal deaths are still a challenge for the country. This is owing to the fact that the quality of maternal care provided during pregnancy needs improvement. This was informed by Chairman, IIHMR University, Dr. S.D. Gupta. He was speaking at the session on ‘Healthcare Delivery in India’ held at IIHMR University. The session was a part of the discussion on ‘Political Economy on Environment and Development in India’. The event was held in collaboration with The University of Sydney’s India Field School.

He further informed that mortality rate of India is as low as below 7 per 1000 population. This is mainly due to decline in deaths caused by communicable diseases like cholera, TB, malaria, typhoid etc. One of the most noteworthy figures is that in 1950 the life expectancy was merely 32 years this figure has now increased to 69 years for women and 67 years for men. Other than this, infant mortality rates which were as high as 125 per 1000 live births in 1978, has come down to less than 40. This drastic reduction is mainly due to the availability of various vaccines and immunization programmes, diarrhoea and disease control as well as improved sanitation. Talking about the creation of the School of Development Studies at IIHMR-U, Dr. Gupta said that the school was designed to achieve excellence in the pursuit and advancement of knowledge in the development sector. The School also aims to organise and conduct research on development issues in rural areas and other marginalised communities.

Earlier, at the inauguration of the programme, Professor in Human Geography, University of Sydney, Prof. Bill Prichard said that knowledge dissemination has become encumbered by technological limitations. Earlier Universities were solely engaged in one-way knowledge flow. For actual learning, lectures have their limitations mainly in the sense that students can catch up on their studies through pre-recorded lectures made available online. There is a significant need to reinvent tertiary education. It is through intensive programmes which allow scope for student engagement, consumption of information by students will change.

Assistant Professor, School of Development Studies, IIHMR-U, Dr. Chetan Choithani said that India like most developing countries is facing environmental challenges. The country faces challenges with regard to development which has been insensitive to the environment, poverty alleviation, poor quality of life circumstances and low impact on reducing food and nutritional deprivation. However, India has also witnessed rapid economic growth. In fact, the Indian economy is now the 7th largest and 2nd fastest growing economy in the world after China.

Postdoctoral Research Associate in the School of Geoscience and University of Sydney, Dr. Mark Vicol said that now is the right time to study the Indian economy. Because of the personal relations that Sydney professors share with Indian researchers and the high quality of student engagement for the Field School students.