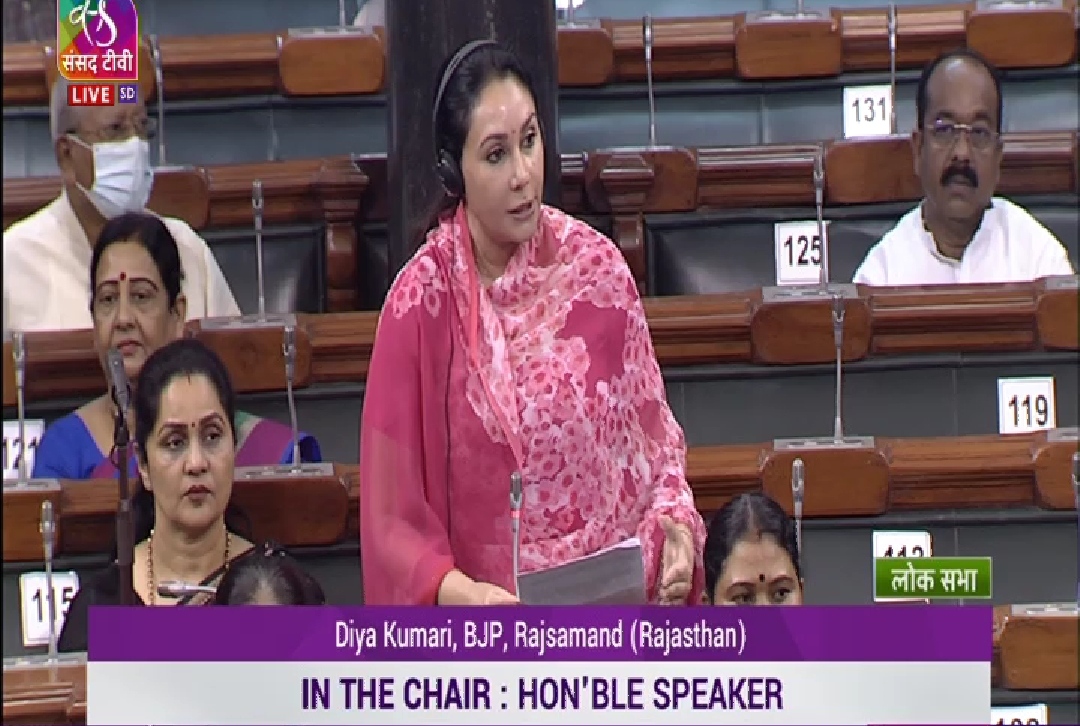 During the proceedings of the second phase of the budget session in the Lok Sabha, MP Diya Kumari demanded the setting up of a 100-bed Ayush hospital in Rajsamand along with Ayush wellness centre in the entire Lok Sabha constituency.

During the Question Hour, MP Diya Kumari said that under the leadership of PM Modi, the work of strengthening the infrastructure in the health sector is progressing very well. In the last seven years, special attention has been paid to Ayurveda and Yoga in the country.

Expressing gratitude to PM Modi; Union Ayush Minister, Sarbananda Sonowal; Union Minister of State for Ayush, M. Mahendrabhai for the gift given to the area, MP Diya Kumari also urged for the opening of Ayush wellness centres in Butati Dham and Jaitaran. On this, the Minister of State for Ayush said that if the State Government prepares and sends an action plan, then Ayush wellness centres can be opened in Butati Dham and Jaitaran in the future.

It should be noted that recently, during the visit of Union Minister of State for Ayush, M. Mahendrabhai to Nathdwara, MP Diya Kumari had demanded the opening of wellness centres in entire Rajasthan including the parliamentary constituency. Taking action on this, 26 centres in Rajsamand, 42 in Nagaur, 36 in Pali, 34 in Ajmer comprising a total of 1000 centres have been approved in entire Rajasthan.