“Huge benefits can be reaped if GST is complied to properly” 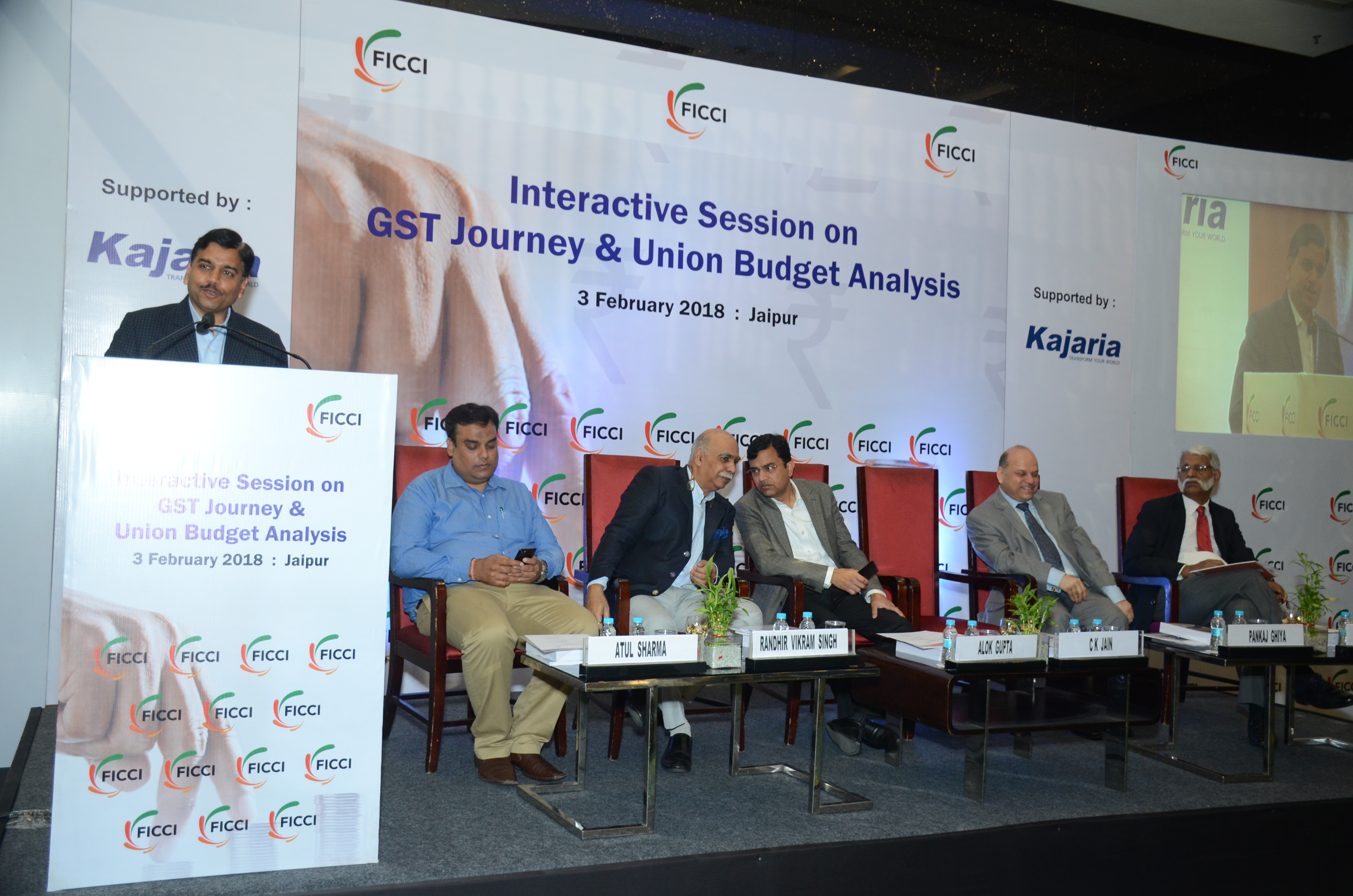 “Huge benefits can be reaped if GST is complied to properly”

“HUGE BENEFITS CAN BE REAPED IF GST IS COMPLIED TO PROPERLY”

While initially there were certain hiccups, now GST has been more or less stabilized. The system has been made compatible to the requirements of the trade and if complied to properly, the benefits of GST will far outweigh the issues faced in its implementation. This was stated by Commissioner – CGST & Central Excise, Udaipur, Government of India, Mr. CK Jain. He was speaking at a day-long Interactive Session on GST Journey & Union Budget Analysis organized by Federation of Indian Chambers of Commerce and Industry (FICCI) Rajasthan.

The Commissioner further said that a Committee has been formed for the simplification of filing GST return. A monthly meeting is held in the GST Council regularly to address all issues being faced. While some technical issues are prevalent due to the online system of filing the return but these also will be solved in the near future, assured Mr. Jain. He also urged that all individuals should file their return themselves rather than through consultants.

Commissioner, Commercial Taxes, Government of Rajasthan, Mr. Alok Gupta said that since the GST regime has been implemented, more than 1,75,000 registrations have taken place which is 32% more than the earlier VAT regime. Mr. Gupta also shared that the Commercial Taxes Department, Government of Rajasthan has been successful in getting accepted many suggestions of various industry holders from Rajasthan by the GST Council. These include suggestions from  sectors like Marble, Gems & Jewellery, MSME, among others.

Advocate, Ghiya Legal, Mr. Pankaj Ghiya said that majority of litigating issues relating to GST have been settled. There are some impending issues like those of VAT, export consignment, proportionate credit, among others which need to be tackled.

In his welcome address, Co-Chairman, FICCI Rajasthan State Council, Mr. Randhir Vikram Singh threw light on the various efforts of FICCI to benefit the industry stalwarts by holding such seminars and conferences on important issues like GST.

Advisor, FICCI Rajasthan State Council, Mr. Ajay Singha extended the Vote of Thanks on the occasion.

The first plenary session of the programme was conducted on the topic ‘GST Journey – Issues and Way Forward’ by Senior Partner, Counsel & Strategic Advisor GST Avathara Legal LLP, New Delhi, Mr. Mukul Gupta. He said that GST is not a simple but rather an intricate law and should be understood in a wholesome way. And since it is a compliance based law, it needs to be interpreted properly.

Mr. Gupta made a presentation on GST Journey from July 2017 onwards and Way Forward. He said that the journey has been full of hurdles and to stabilize it there is need for a robust infrastructure. He further elaborated on the indications of Economic Survey 2017-18. The survey has termed GST Revenue Collection as ‘surprisingly robust’ given that these are early days of a disruptive change. The survey also states that the number of indirect tax payers has shot up by whopping 50% after GST with 34 lac businesses having come into the tax net. This indicates good tax compliance and revenue growth.

Furthermore, the survey leads to the hope that in the next 3-5 years, GST may have one single rate of tax because its benefits are extremely compelling. Thus, there is a case for simplification and greater rationalization, added Mr. Gupta.