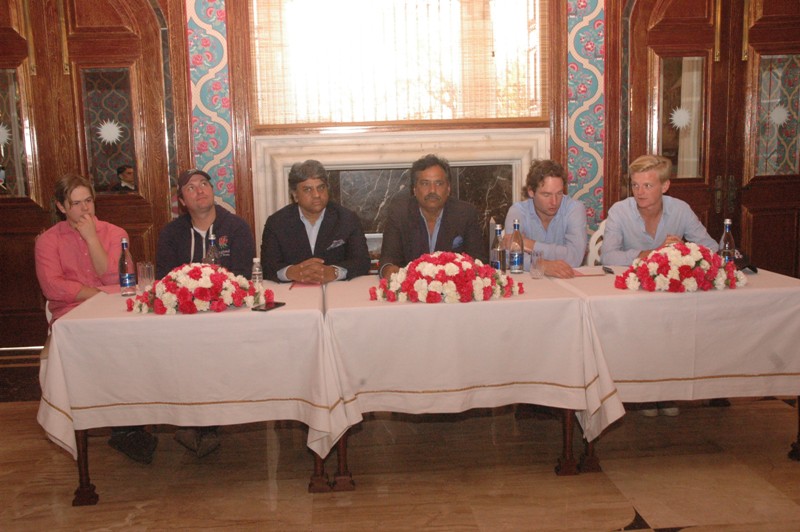 The English Polo team will be participating in the first HH Rajmata Padmini Devi of Jaipur International Cup  at the Rajasthan Polo Ground in Jaipur.  This is for the first time that such a match is being played and will now be a regular feature.This was informed by the Secretary of the Rajasthan Polo Club, Mr Digvijay Singh at a media briefing at the Rajmahal Palace today.

The 13-goal match will be played between the Polo team from England which comprises of two 5-goal professional players in Pete Webb and Will Emerson. The other two players are Charlie Cadogan (1 goal) and George Pearson (2 goals). The Indian team will comprise of HH Maharaja Padmanabh Singh (2 goals), Abhimanyu Pathak (5 goals), Simran Shergill (6 goals) and Sanjay Kapoor (0 goal).

The match will be sponsored by DiaColor.