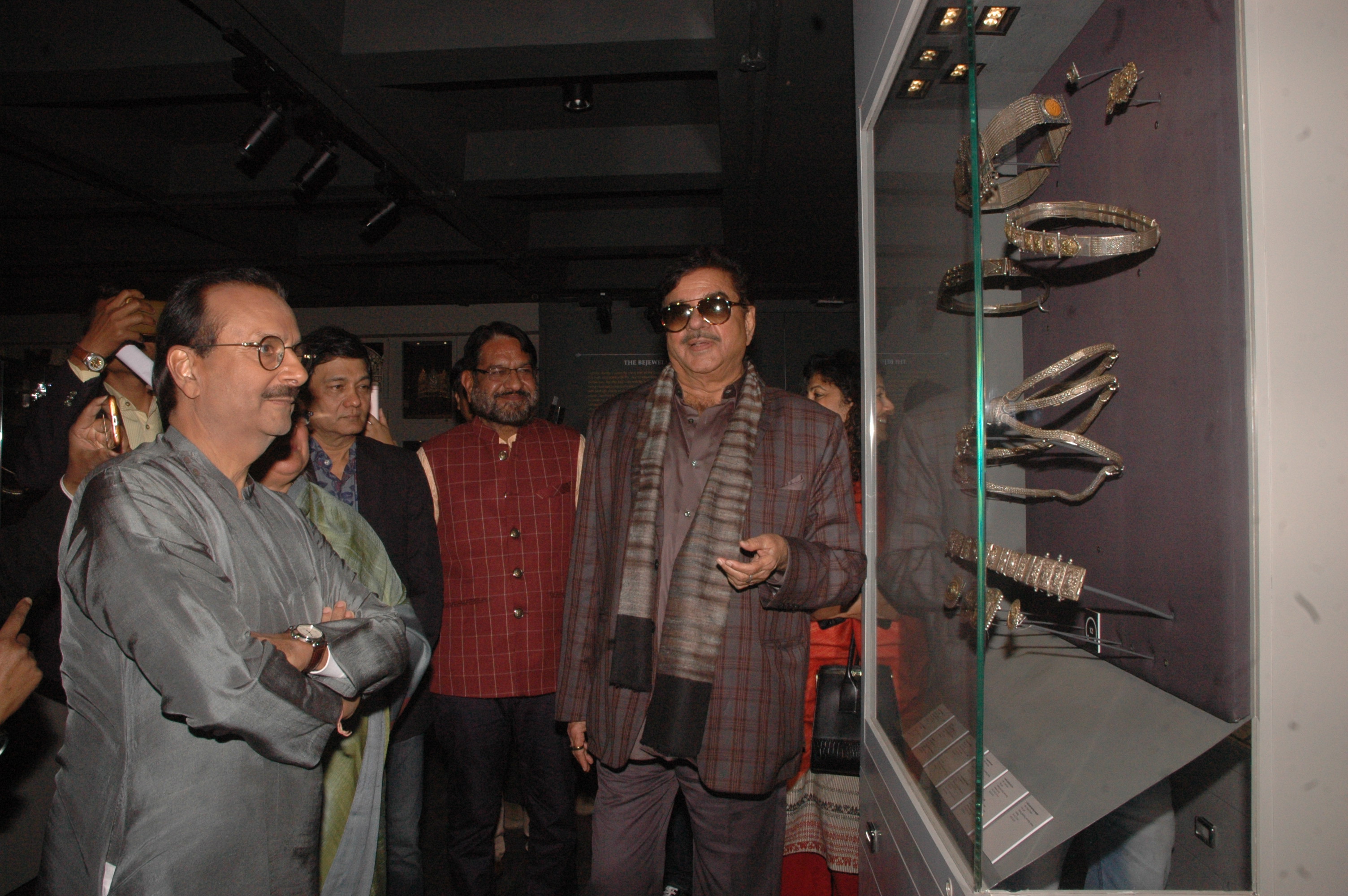 Heritage Jewellery House Amrapali Jewels launched the spectacular Amrapali Museum in Jaipur after several years’ work spent in documenting and researching the collections. The museum had an exclusive viewing to showcase its exquisite collection before opening its gates for the public of Jaipur. On the occasion renowned cine-actor Mr. Shatrugan Sinha visited the museums for a curated walk around with the Amrapali founders, Rajiv Arora and Rajesh Ajmera. Mr. Sinha said that my daughter Sonakshi Sinha has worn the Amrapali’s jewellery in many of her films. In fact in the movie Bahuballi, their jewellery has created magic and been of utmost prominence. There work is worth appreciated and set a benchmarks for the others in the industry.

The museum has been conceptualized Mr. Arora and Mr. Ajmera and will showcase traditional silver jeweled arts of India reflecting the ‘everyday’ life of the people of India. The museum also seeks to be a haven for scholars, students, connoisseurs and other visitors to Jaipur, who will get to explore the heritage and history of India through the jewellery and artifacts.

The collection at the Amrapali Museum is profoundly different, both in its nature, and in the way it has been collected. For Rajiv Arora and Rajesh Ajmera, the collection has been a labour of love that began nearly forty years ago when they became friends at college, and that continues to this day. They were initially spurred by a general love for art and all things hand crafted – a legacy from their hometown of Jaipur, which has a history of engagement with the ‘industrial arts’ as they were known in the 19th and 20th centuries – which led them to travel as young men to see as much as they could of India. Over the years, Amrapali Jewels has regularly used the collections gathered by its founders to inspire its modern offerings, and is one of the brand’s distinguishing features.

The Museum also seeks to explore the enormous range of inspirations for design that were available to the Indian craftsman over time, from nature, religion, geometry or international trends, seen through both the jewellery as well as the range of silver objects in the collection: from spittoons, rosewater sprinklers, and paan sets; to plates, tea sets, and assortments of boxes in every shape, size and type of craftsmanship; to personal accessories as small as a toothpick, or elaborately made silver shoe covers; and the most extravagant item of all, a chariot covered with silver. Unlike most other institutions and keeping in mind the founders’ vision of sparking awareness, interest, and providing opportunities for scholarship, the Reserve Collections will be in a visual store, effectively making everything available for visitors to see. Some gold and jewelled items will also be on display, in keeping with the aim of being representative of Indian art and craftsmanship.

“We did not start out imagining that our journey would lead to a ‘collection’, or even a Museum. However, along the way, as we interacted with other jewellery enthusiasts and expert silversmiths, and trained our own eyes, we began to understand the value of our pursuit. We observed common pieces becoming rarer over the years, and with the rush of westernization and changing tastes, the appreciation for indigenous design and craftsmanship begin to wane,” Rajesh Ajmera, co-founder, Amrapali Jewels and Amrapali Museum.

“The Museum is our labour of love and showcases the many artifacts and jewellery pieces that we have collected during our travels. We wanted to inspire the next generation of jewellery designers and create a haven for students, scholars, connoisseurs and historians who will get to explore the heritage and history of India through this collection,” Rajiv Arora, co-founder, Amrapali Jewels and Amrapali Museum.