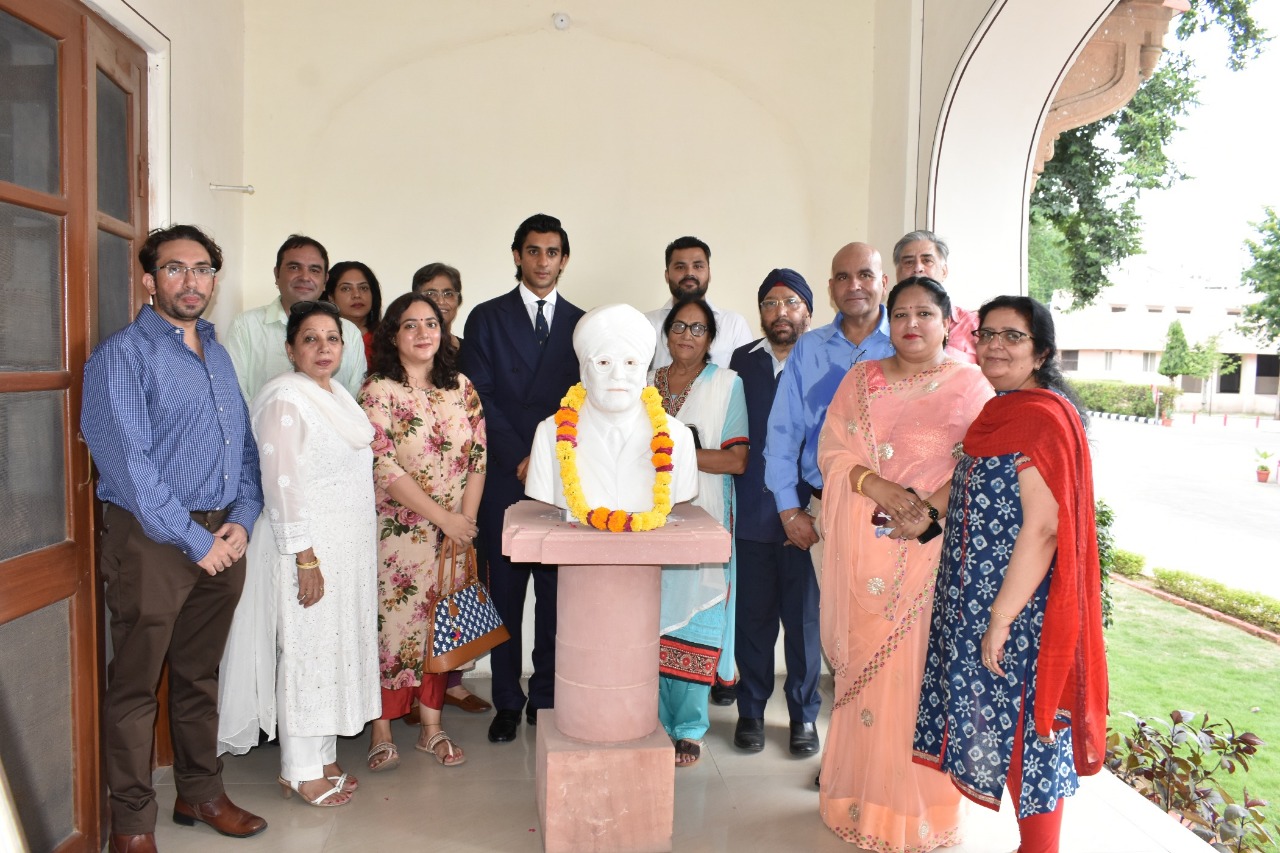 The restored Heritage Hall at Military Hospital was inaugurated by the Director General Medical Services (DGMS), Indian Army, Lt. General Anup Banerji. Also present as the Guest of Honour was Maharaja Sawai Padmanabh Singh of Jaipur. The Hall had citations, pictures and memorabilia of this building which had come up in the year 1800.  It had then been inaugurated by the Viceroy of India, Lord Lansdowne in the presence of Maharaja Sawai Madho Singh in the year 1800. After inauguration, the Commandant of Military Hospital, Brigadier PK Hasija took General Banerji and Maharaja Padmanabh around the hall and showed the photographs and citations showcased there.

On the occasion, General Banerji said that was a red lettered day in the history of Military Hospital, since the old building comprising of Lansdowne hospital had been restored. He expressed gratitude to Maharaja Padmanabh Singh for being present on this momentous occasion as had his forefather Sawai Madho Singh been present in 1800 when it was inaugurated. He also welcomed the family members of the first Indian Commandant of Military Hospital, Lt. Col. Gurbaksh Singh who were present on the occasion. It is worth noting that Lt. Col. Gurbaksh Singh was awarded the gallantry award, the Distinguished Service Order (DSO), equivalent to Mahavir Chakra, during World War II while seeing action in the Middle East. This was perhaps the only instance in the World War II in which a Military Doctor won a gallantry award.

Maharaja Padmanabh Singh said it is indeed gratifying that the Military Hospital has restored its original building and converted it into a Heritage Hall. The army has played a pivotal role in promoting environment, sports and even polo. I am so glad that it is now restoring heritage as well. As an international polo player, I can say with conviction that the game of polo has survived in India only because of the army. He also remembered Sawai Madho Singh’s presence when the building had come up in 1800.

Later the bust of Lt. Col. Gurbaksh Singh was unveiled by his grandson, Mr. Jagdeep Singh and the DGMS, General Banerji.