FUSION SONGS BY ‘WOMENIYA BAND’ MESMERISES THE AUDIENCE AT JKK 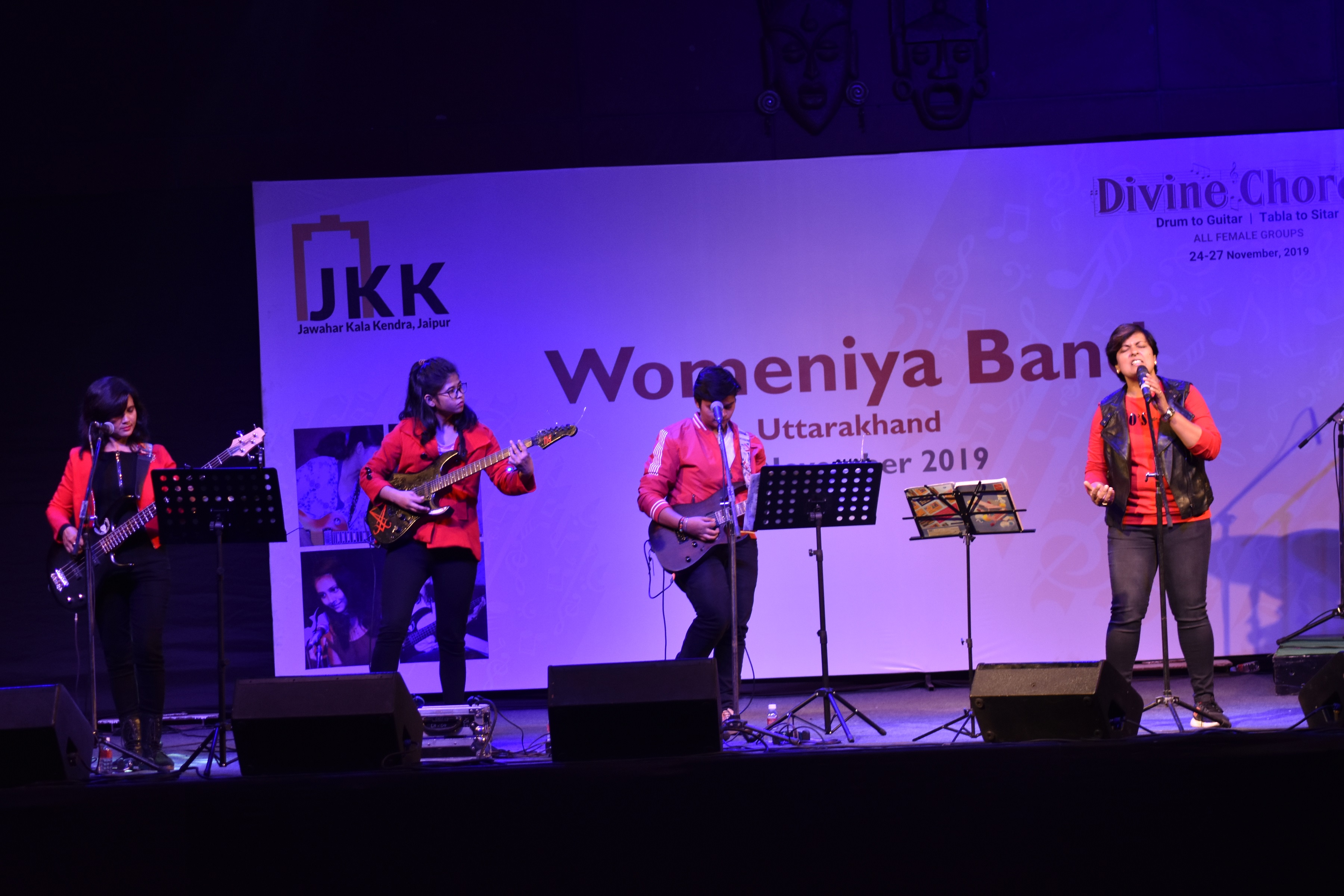 FUSION SONGS BY ‘WOMENIYA BAND’ MESMERISES THE AUDIENCE AT JKK

The ‘Divine Chords’ Festival began with a fusion of Bollywood, folk and Sufi songs by the ‘Womeniya Band’ from Uttarakhand. The musical night began with the band’s self-composition of ‘Aye Khuda’, a song dedicated to girl victims. This was followed by popular songs ‘Ye Hausla Kaise Jhuke’ and ‘Saiyaan’. The band went on to perform Bollywood fusion songs like – ‘Sajna Re’, ‘Aye Mere Hamsfar’, ‘Aage Bhi Jaane Na Tu’, ‘Kajra’ and ‘Gazab Ka Hai Din’.

It is to be recalled that Womeniya Band’s brand ambassador and lead singer, Swati Singh laid the foundation of the band with the aim to about bring awareness for crimes against women in the country. The band hopes to inspire change through their songs and aims to create an atmosphere where women’s voices are heard and heeded instead of being overlooked and ignored. Apart from Swati Singh, the band members are Vijun (Supporting Vocals), Srividya (Drums), Ayushi (Lead Guitar), Shakumbhari (Bass Guitar), Komal (Rhythm Guitar) and Nisha (Percussions)

Sitar maestro, Ms. Anupama Bhagwat will perform tomorrow (25 November). Anupama has carved a niche in Indian Classical Music with a versatile and eclectic style.  She started learning Sitar from Shri R. N. Verma at the age of 9 years and at the age of 13 she received her Sitar recital training from Acharya Bimlendu Mukherjee of the Imdadkhani Gharana. Acclaimed worldwide with a repertoire of global performances since 1995, her sensitivity and knowledge has taken her to the highest levels of the modern genre. She has been conferred with the title Surmani by Sur Sringar Sansad, Bombay (1995). She has also won the first position in the All India Radio (AIR) Music Competition (1994)