FRENCH INSTITUTE IN INDIA SIGNS AN AGREEMENT WITH THE PALACE SCHOOL IN CITY PALACE, JAIPUR

HomePress ReleaseFRENCH INSTITUTE IN INDIA SIGNS AN AGREEMENT WITH THE PALACE SCHOOL IN CITY PALACE, JAIPUR 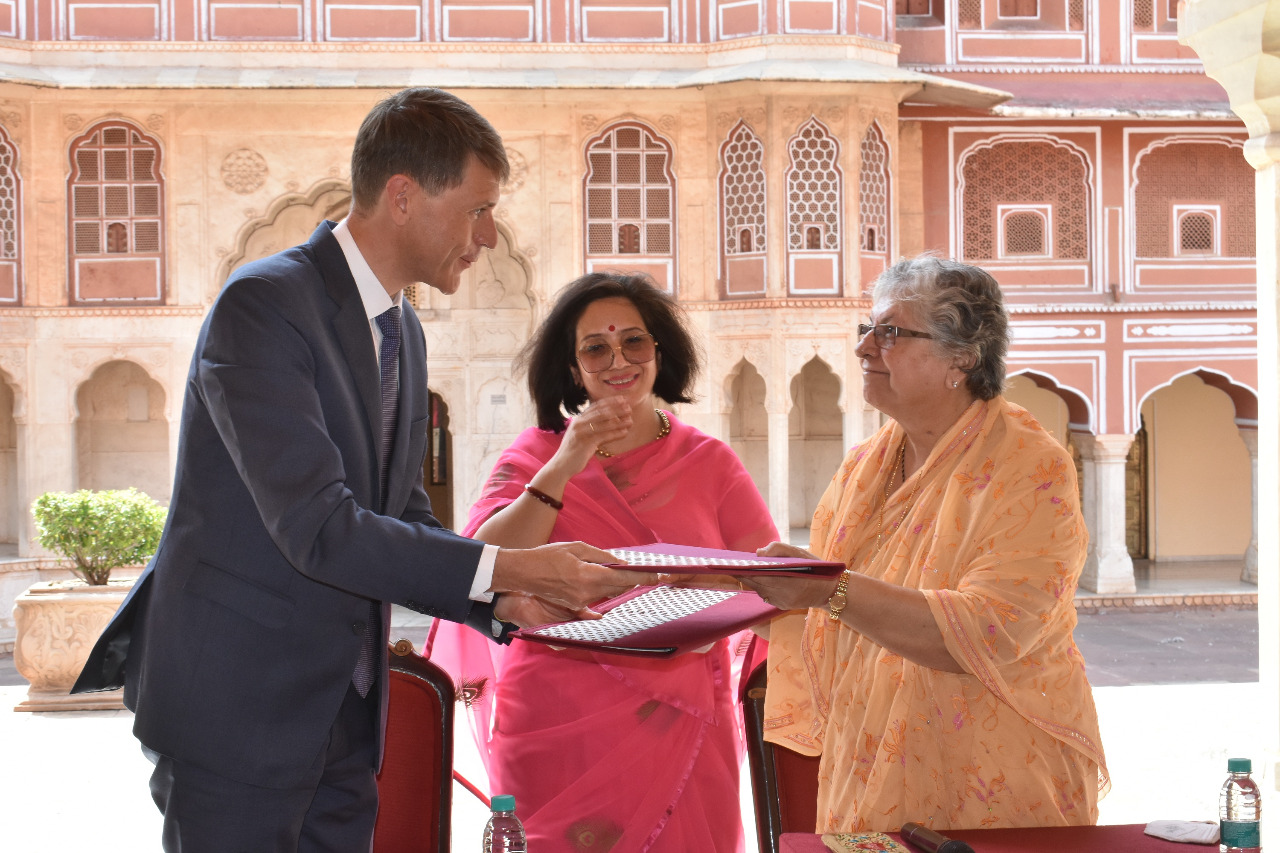 FRENCH INSTITUTE IN INDIA SIGNS AN AGREEMENT WITH THE PALACE SCHOOL IN CITY PALACE, JAIPUR

On the occasion Mr. Emmanuel Lebrun Damiens said: “The French Institute in India is delighted to partner with the Palace School, Jaipur which plays a key role in the teaching and learning of the French language to students across the State of Rajasthan. With this agreement, we will jointly offer more possibilities to the people of Jaipur to learn French and participate in cultural events. We are grateful to the entire team of The Palace School, Jaipur and Maharaja Sawai Man Singh (MSMS) II Museum and the community of The Palace School for their vision of a long term international cooperation at the core of the capital city of Rajasthan.”

Ms Rama Datt said: “This is the era of globalization and international collaboration. This partnership is a small step which will result in a giant leap towards giving our students an international exposure both at cultural and Academic level. Collaboration and communication are amongst the two important 21st century skills which every youth of today needs to master. This association will definitely provide a strong platform to enhance these skills. I wish the very best to The Palace School and The French Institute for a mutually beneficial partnership.”

As a recognition for the support and partnership, The French Institute recognizes The Palace School, MSMS-II Museum and The Jaigarh Public Charitable Trust as one of its prestigious ‘Privileged Cultural Partners’ for its French Institute in India, Embassy of France, for the state of Rajasthan.