FILM SCRIPTWRITER AND STORYTELLER, SOURABH RATNU SHARES HIS JOURNEY AND EXPERIENCES IN AN ONLINE SESSION

HomePress ReleaseFILM SCRIPTWRITER AND STORYTELLER, SOURABH RATNU SHARES HIS JOURNEY AND EXPERIENCES IN AN ONLINE SESSION 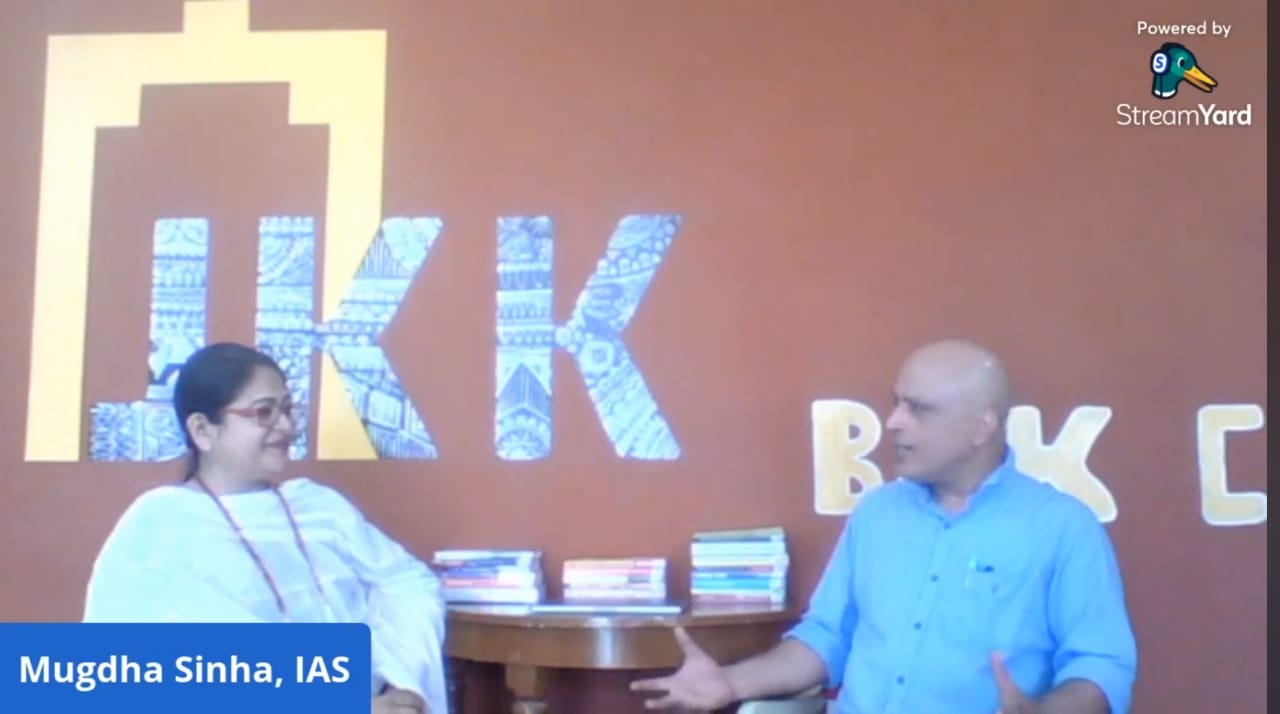 FILM SCRIPTWRITER AND STORYTELLER, SOURABH RATNU SHARES HIS JOURNEY AND EXPERIENCES IN AN ONLINE SESSION

IAS Association, Rajasthan organized a session with film scriptwriter and storyteller, Mr Sourabh Ratnu as a part of the ‘Filmy Baatein’ series. The session was held on its Facebook page. He was in conversation with IAS Literary Secretary, IAS Association, Rajasthan, Ms Mugdha Sinha. During the talk, Mr. Ratnu shared his journey, struggles and experiences in the film industry and also gave writing tips to budding writers who desire a career in the industry.

Talking about his childhood and schooling, Mr. Ratnu said that he belongs to the Charan caste of Rajasthan and his village is located near Sanganer in Jaipur. Since childhood, he was fond of watching films and believed that enthusiasm for work should be lifelong. Talking about his film industry debut, he said that while working in a newspaper, he met filmmaker, Mira Nair. Following this, he went to Mumbai and entered the mainstream industry after 5 years of struggle. Here, he learned direction while working with well-known people from the industry like Subhash Ghai and Bharat Bala.

Talking about story and storytelling, he said that one should first have a story. The story is not an idea or a scene or a character. When he began writing, he realized that both filmmaking and writing are very different. It took him 5 years to understand the tricks and the language of writing. He believes that a director should know 16 disciplines, of which writing is one. “The ability to observe is key to developing good writing skills. Stories and characters are all around us. To become a writer and filmmaker, it is necessary to take interest in others. One becomes a writer just by writing”, he advised.

Talking about the story of the film ‘Gurgaon’, he said that the film is based on the people that live there. The landowners of Gurgaon used to repent owning land there because it was very dry. Despite Gurgaon changing almost overnight due to the rapid industrialisation, it was not done in a planned manner. In the film ‘Gurgaon’ those who ploughed land turned into kidnappers due to their desperate circumstances. Whereas, those who committed many sins turned into big builders. The dilemma of such individuals is shown from many angles in the film.