FILM PHOTOGRAPHY IS IMPERATIVE TO BECOME A DISCIPLINED PHOTOGRAPHER

HomePress ReleaseFILM PHOTOGRAPHY IS IMPERATIVE TO BECOME A DISCIPLINED PHOTOGRAPHER 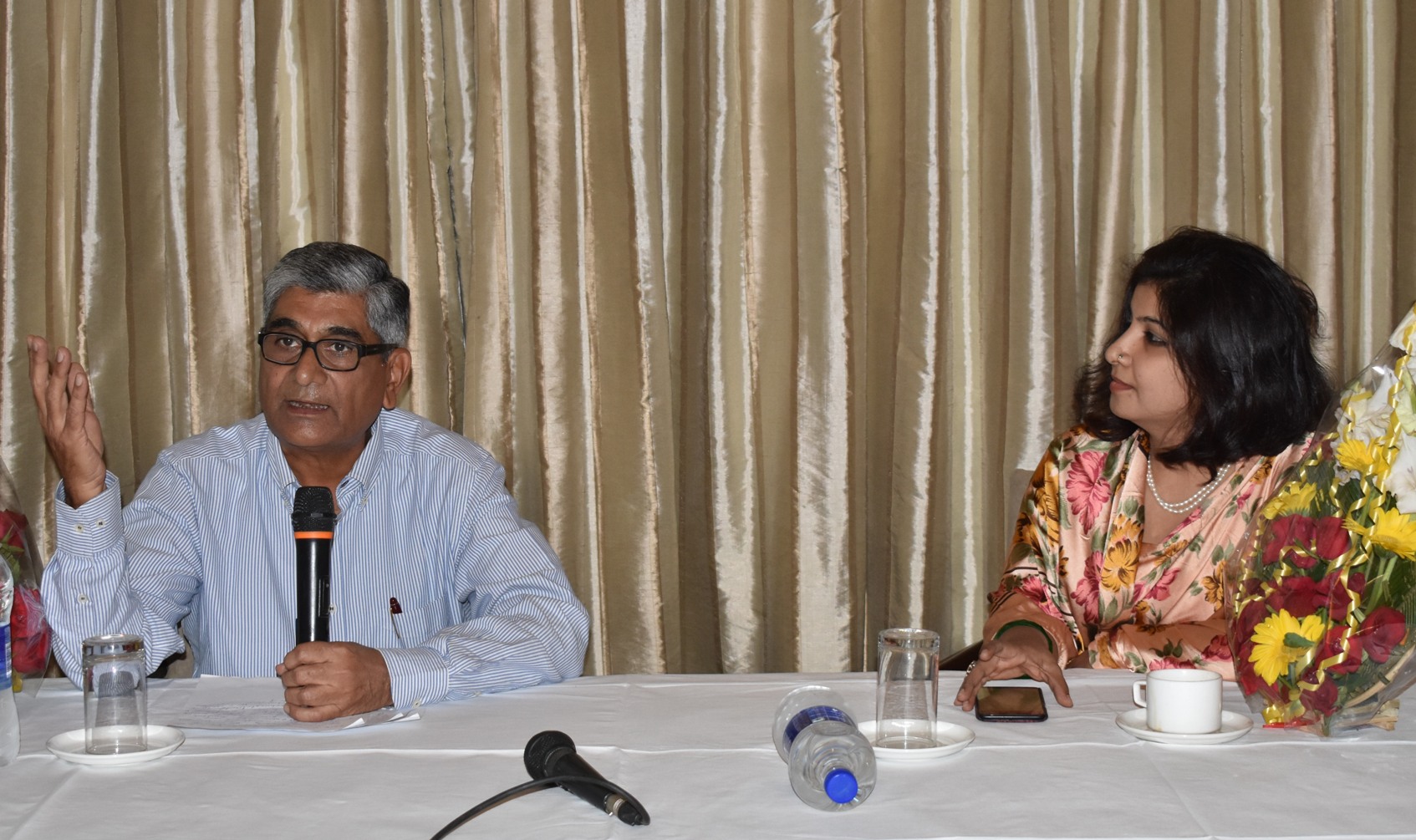 FILM PHOTOGRAPHY IS IMPERATIVE TO BECOME A DISCIPLINED PHOTOGRAPHER

In present times one has the opportunity to take unlimited number of shots owing to the onslaught of cell phones. However, to become a disciplined Photographer it is important to take pictures using a film camera as not only they allow one to take  limited shots but also doesn’t allow one to edit the pictures. This was opined by renowned Photographer from Jaipur, Mr. Sudhir Kasliwal at a talk in Ashok Club. He was in conversation with senior journalist and Photographer, Ms. Swati Vashishtha.

Mr. Kasliwal further said that the satisfaction of creating something comes only from shooting from film cameras. On the occasion, Mr. Kasliwal presented a slide show of 50 of his best photographs showcasing portraits, fairs and festivals as well as arts and crafts of Rajasthan. Some old shots of Jaipur, Kumbhalgarh and Kanota were also shown. Some of the pictures dated to 1962 and were  from the very first film roll of his life.

‘Life and people’ are my favourite things to capture as those frames are spontaneous, said Kasliwal when asked about his favourite genre of photography.

It is important to know the technicalities of the camera like aperture, ISO and shutter speed to click well composed photographs. However, if one has limited knowledge of these things, mobile phones are a good option to explore photography, added Kasliwal.

Earlier, Kasliwal also shared his journey of photography from St. Xaviers’s School back in 1962 where he took up photography as an extra-curricular class. He was hugely influenced by the well known Photographer from Jaipur Raghubir Singh.