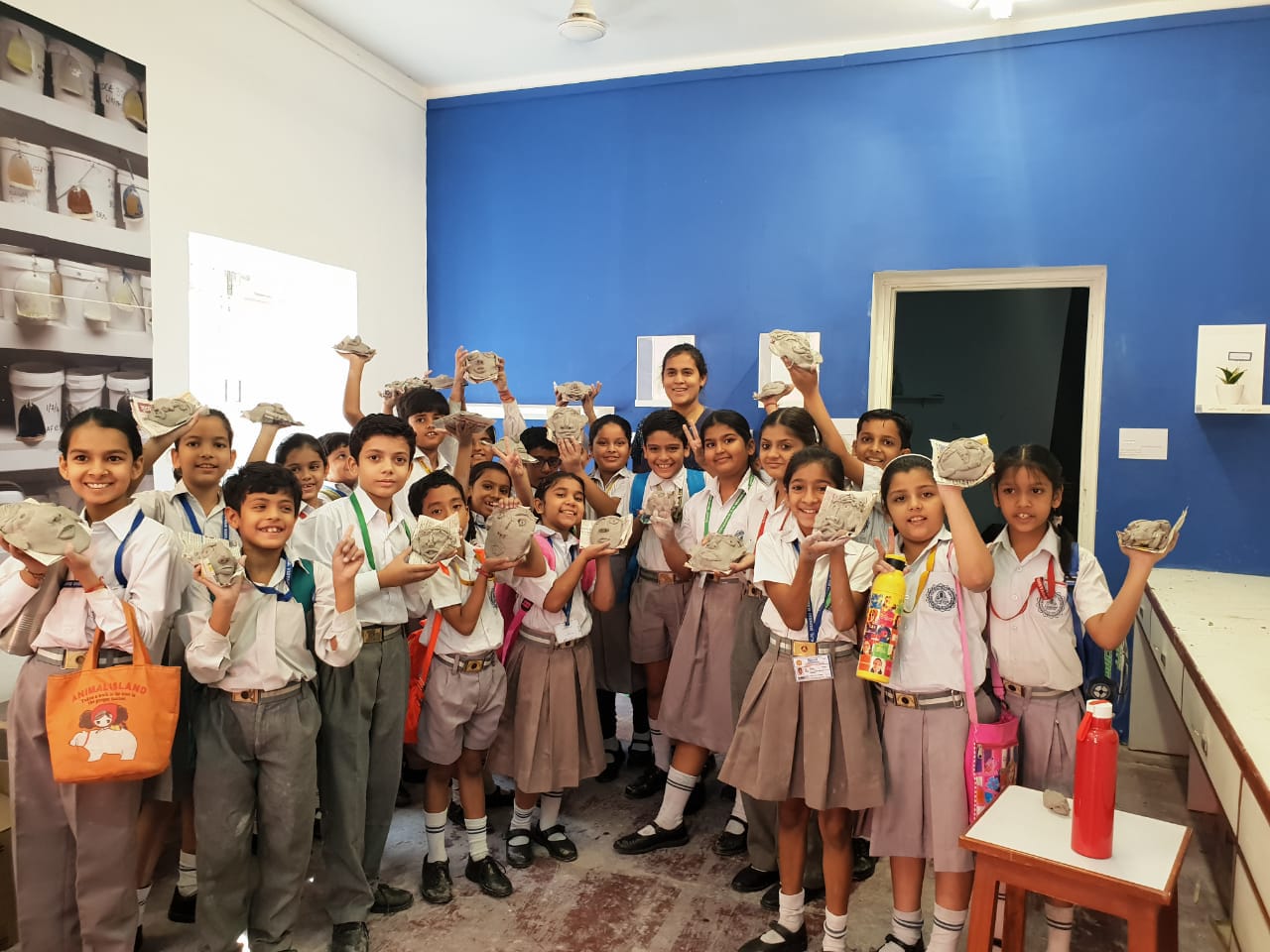 As a part of the Indian Ceramics Triennale being held at the Jawahar Kala Kendra (JKK), a two day sculpting workshop called ‘Faces’ was organised. It was facilitated by ceramic artist, Ms. Rashi Jain. Ms. Jain informed that more than 100 students of the Bhartiya Vidya Bhavans Vidhyashram School, from classes 4 to 12, participated in this workshop.

Over the two days, the students learnt the history and nature of clay and made terracotta faces.  The workshop focused on the key points of feeling and observing one’s own features and making 3-D face structures based on it. While drawing 2-D faces by seeing an object is commonly taught in schools, this workshop was unique in the sense that it referred to originality and self-exploration. It was a basic introduction to the art of making sculptures.

With ‘Faces’, the Children’s Workshop series of the Indian Ceramics Triennale, in which a total of six workshops were organised, also concluded. It is to be noted that these workshops were facilitated by the Akshara Foundation of Arts and Learning. Previously held workshops in the series included ‘Movement with Clay’ by Ruby Jhunjhunwala, ‘Play with Clay’ by Kate Malone, ‘Coiling, Slabbing and Stamping’ by Aditi Saraogi, ‘Sculpting with Fibrous Paper clay’ by Kaveri Bharath and ‘Mosaic’ by Reyaz Badaruddin.