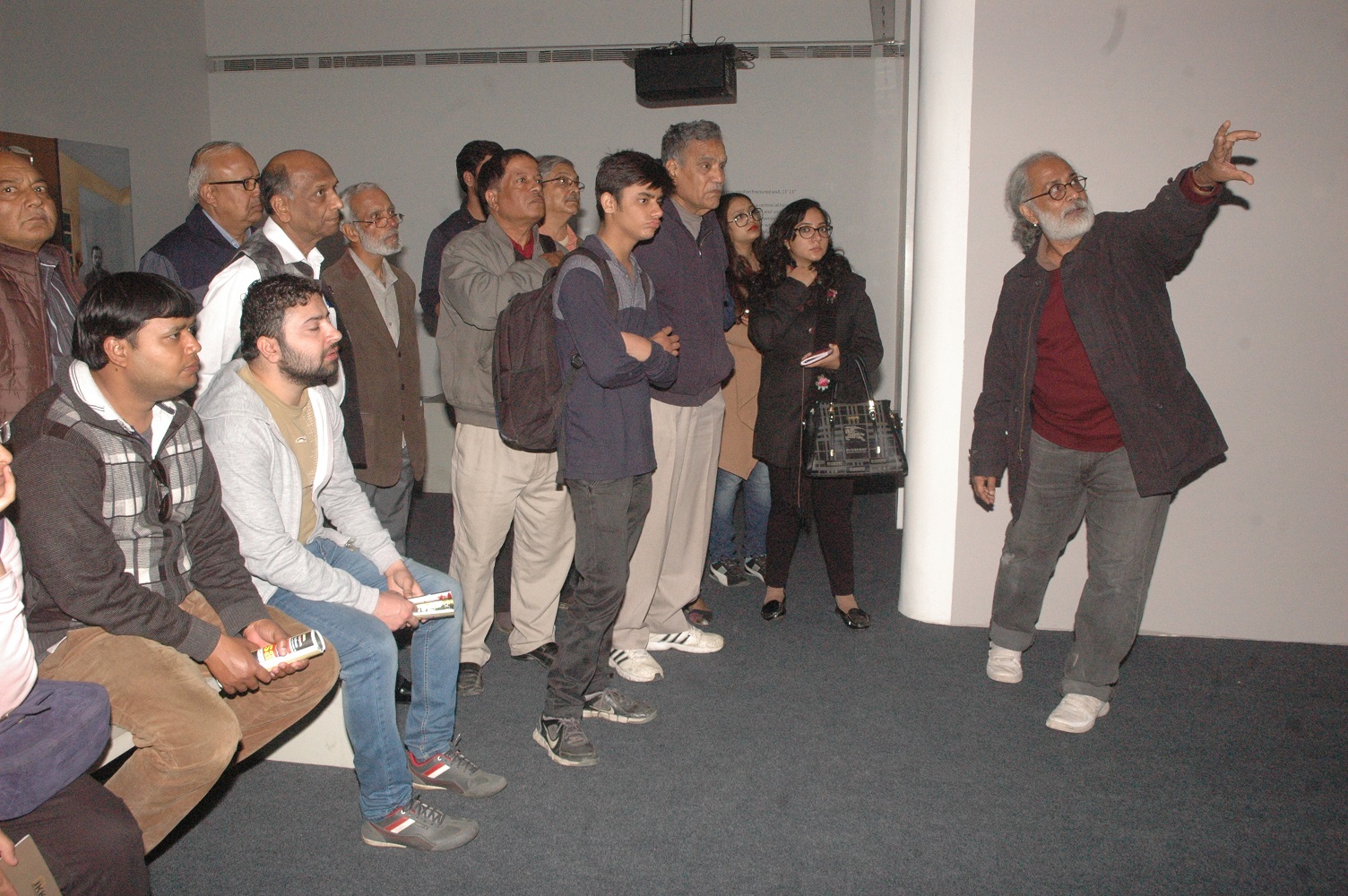 Jaipur, 28 January: A walkthrough of the ongoing exhibition ‘तह- सतह: A Very Deep Surface, Mani Kaul and Ranbir Singh Kaleka: Between Film and Video’ was held today at Jawahar Kala Kendra. The walkthrough was led by exhibition curator, Ashish Rajadhyaksha, who is also an eminent film historian and scholar. Rajadhyaksha introduced the concept of displaying videos over canvas paintings. He gave the visitors a brief description of all the video and audio displays, as he walked them around the galleries. He also gave the visitors an overview of the lives and works of the two main artistes of the exhibition Kaul and Kaleka.

The exhibition is essentially a conversation between India’s leading avant-garde filmmaker Mani Kaul’s classic celluloid films from the 1970s and 80s and his digital experiments in the 2000s alongside several video-on- canvas works by internationally renowned artist Ranbir Singh Kaleka. Consisting of over 10 single and multichannel video installations, a sound installation which includes poetry and music alongside video projections on canvas, the exhibition is an attempt to ask new questions about the moving image in 21st century India.