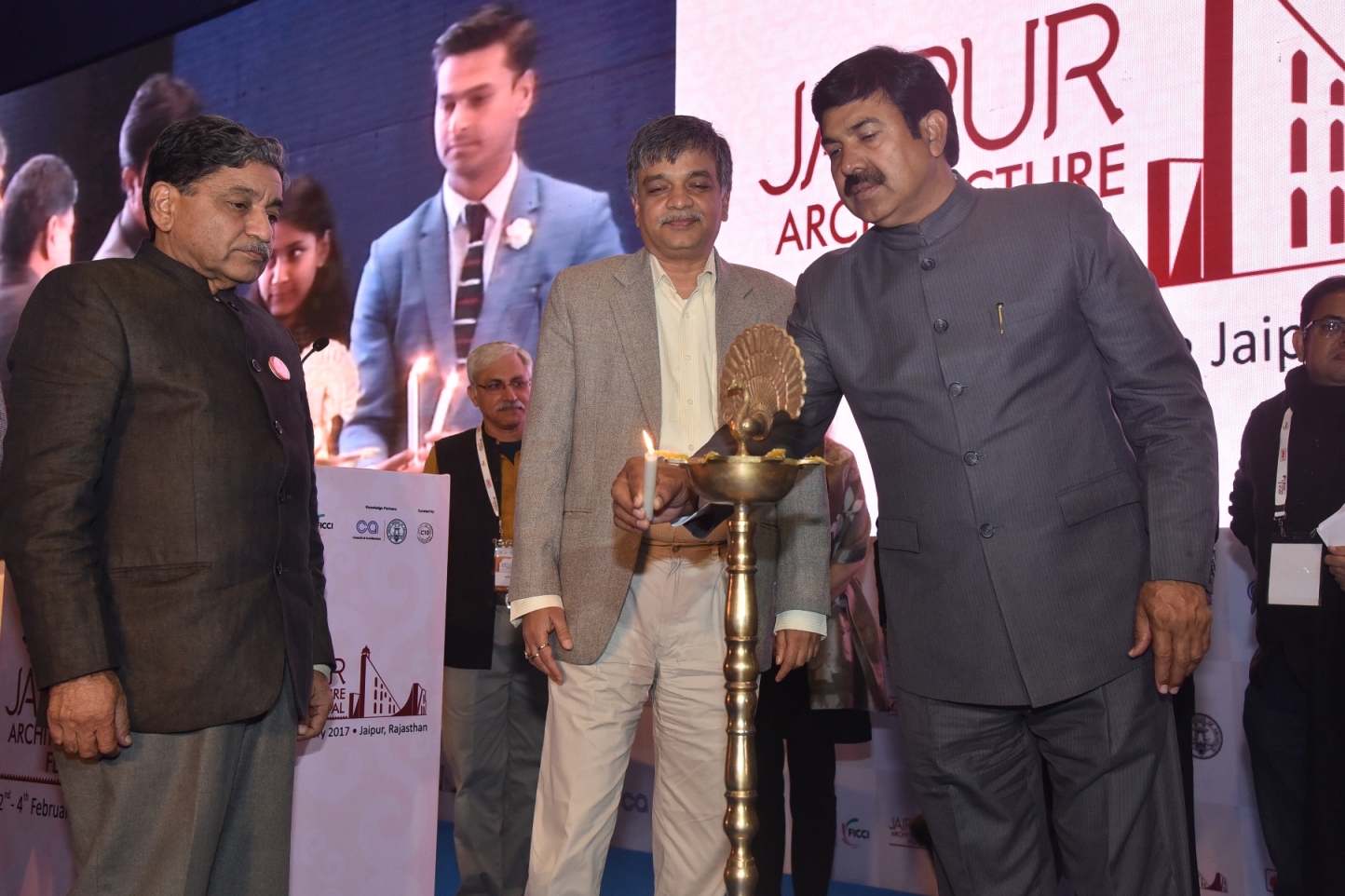 Jaipur, February 02: Dimensional stones like marble, granite, sandstones, slate, Kotastone will play a vital role in the construction and infrastructure sector, hoped PWD and the Transport Minister, Mr. Yunus Khan at the inauguration of the Jaipur Architecture Festival at the Jaipur Exhibition and Convention Centre, in Sitapura today.

“There is a growing need for both producers and users of stones to come together to understand the exact requirements of each other and to translate these requirements into end products”, the Minister said.

He further added that the Jaipur Architecture Festival will provide an excellent opportunity for the architects to enrich their knowledge level about the abundant resources of stones, its shades, colours, varieties, properties, applications and availability.

“Now the industry is capable of producing stones in various finishes and sizes with high level of value addition as per the requirement of the end users. However, there are few areas which require our attention like use of ready to fix tiles for timely completion of projects, dry fixing techniques, better aesthetic appeal, supply in various sizes and thickness which if addressed properly would result in manifold use of stones” said the Minister.

In his welcome address, Mr. Durganand Balsavar, the curator of the Jaipur Architecture Festival (JAF) said that it is the only architecture festival in the country which is supported by the state government and soon it will become the biggest architecture festival of the country. He said it is appropriate that the festival is being held in Jaipur a city where town planning has been a tradition and the city was a gift of one of the foremost architects of our time, Mr. Vidyadhar.

Mr. Divyakush, the President of the Indian Institute of Architects said the JAF is a milestone event and in future is going to gain bigger significance because of the uniqueness of the Stone Mart and the platform that it provides to the architects.

Mr. Vijay Garg, the Vice President of Council of Architects said that Rajasthan is building 4 smart cities and the State Government should take increasing involvement of the architects. He said the role of the architects will be huge in building the city.

He further added that the selection of consultants for the smart cities should be done with great caution else the smart cities will not be built the way it has been planned. The architecture institutions should re-orient itself and cater to the needs of the modern day architecture, he said.

Mr. G S Shekhawat the President of the Jaipur chapter said that the city will be hosting a conference of the Asian Archetecture Association in May this year which will bring the city of Jaipur into a new focus with the top Asian architects assembling in the Pink City.