DANIA’S POEMS HAVE A DEEP INSIGHT INTO LIFE

HomePress ReleaseDANIA’S POEMS HAVE A DEEP INSIGHT INTO LIFE 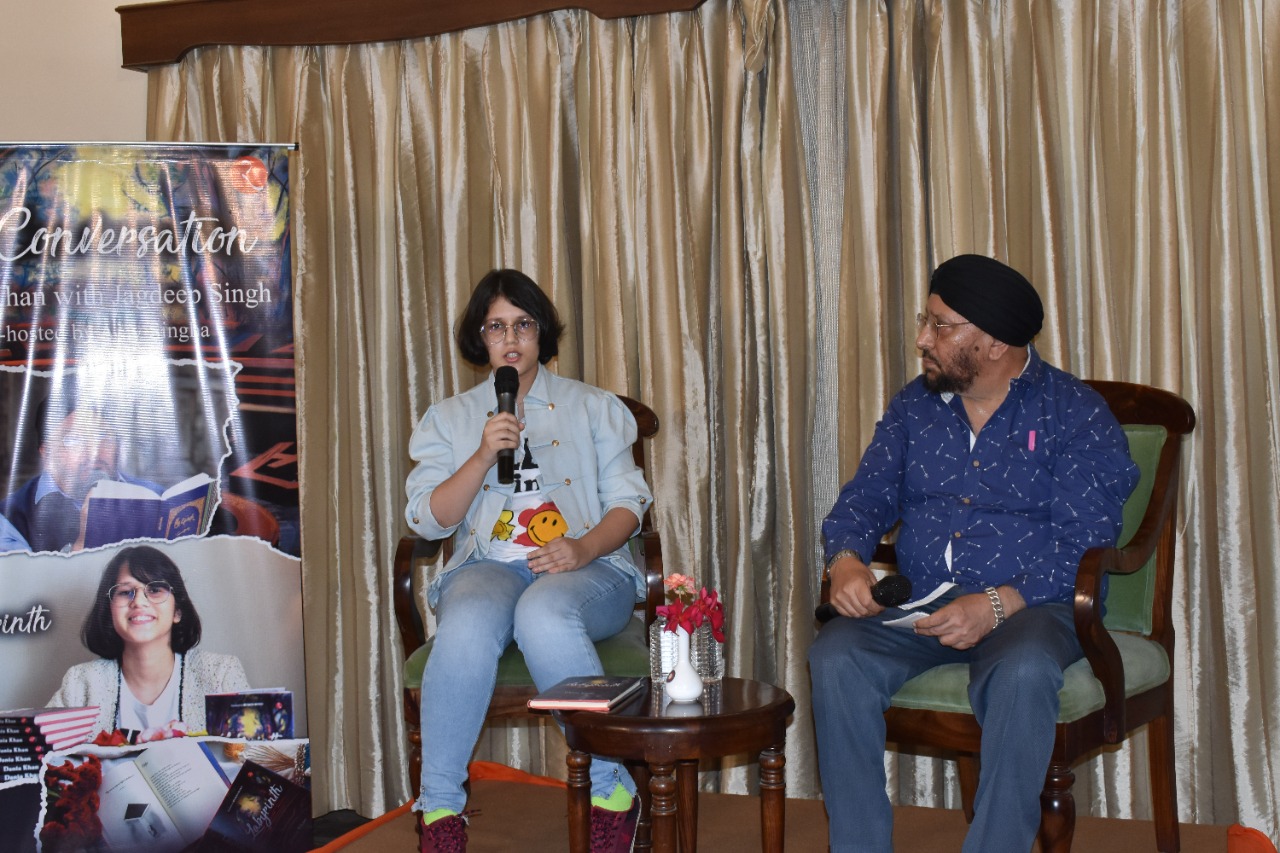 DANIA’S POEMS HAVE A DEEP INSIGHT INTO LIFE

In an intense book session, the 13-year-old child prodigy poet, Dania Khan, took one on an incredible poetic sojourn. In conversation with Jaipur’s Indo-English poet, Jagdeep Singh, at the Ashok Club, the young poet touched on aspects of Greek Mythology, death, loneliness, fear, guilt, etc. Her interaction on the poems reflected a deep and realistic understanding of the vicissitudes of life. Her poems also give references to nature like leaves, grass, nectar, trees, moon, etc. Like Wordsworth, Dania also feels there is a divine element in nature if only one can perceive it. She also categorically stated that most humans are merely existing because they do not have the means to live a life fully and follow their passions. Dania also threw light on the fact that she had also written positive poems like, ‘Hope’ and ‘Love’.