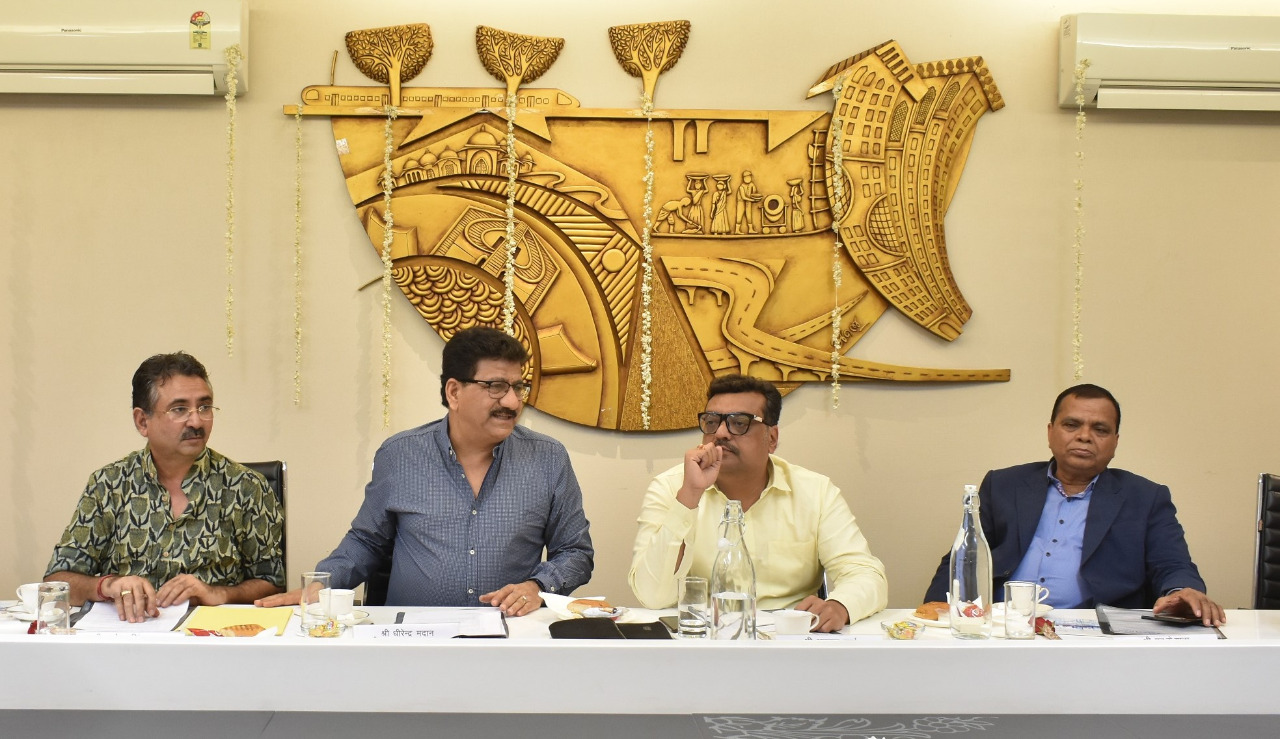 The first Executive Committee Meeting was organized by CREDAI (Confederation of Real Estate Developers’ Association of India) Rajasthan at CREDAI’s Rajasthan office in Jaipur. Executive Committee (EC) members of CREDAI attended the meeting. It is to be recalled that in the recently-held elections of CREDAI Rajasthan, Mr Dhirendra Madan was elected as the President and Mr Rajendra Singh Pachar was elected as the Secretary.

President, CREDAI Rajasthan, Mr Dhirendra Madan welcomed the newly elected Executive Committee during the meeting. He said that the image of any country emerges from real estate. The Association aims to expand its membership to 500 members by starting different Chapters of CREDAI in other districts of the State. The association will also make efforts to develop a mechanism for its members to have their queries resolved by the concerned departments. A portal and toll-free number will be created for all members to share their suggestions and concerns.

Secretary, CREDAI Rajasthan, Mr Rajendra Singh Pachar said that according to the Ministry of Statistics, India’s GDP from construction was Rs 2736.7 billion in the last quarter of 2020, whereas, it has increased to Rs 3175.14 billion in the beginning of 2021. There is a need to focus on creating public awareness regarding CREDAI. He urged for beautification work to be carried out for the streets and roads on which the builders are working.

Talking in the interest of the labour, Mr Pachar said that schemes should be introduced for the labour for the cess charged by the Government. He said that on the lines of ‘Jan Aadhaar Card’, ‘Ambedkar Card’ should be made for the workers so that they can get ration and hospital treatment. Similarly, ‘Shramik Credit Card’ should be made for the workers on the lines of ‘Kisan Credit Card’ so that they can get loan at cheap interest rates. “Our target is to build the image of CREDAI, for which we will focus our attention on establishing strong relations with workers, customers / investors and the state machinery”, he further said.

Chairman, CREDAI Rajasthan, Mr Anurag Sharma said that the meeting focused on the programmes and activities of CREDAI Rajasthan for the next 2 years. All the members shared their suggestions on how steps can be taken to take CREDAI Rajasthan to a new level. CREDAI Rajasthan endeavours to provide a global platform to the new generation of developers and educate them.

Vice Chairman, Mr N.K. Gupta said that CREDAI Rajasthan is an organisation comprising of all the builders of the State. It aims to understand how the builders can work together to take the industry to new heights, how the Government can benefit from the industry, how people can earn money, the functioning of the ancillary units as well as how revenue can be increased.