CONCLUDING SEMINAR FOR ‘WHEN IS SPACE?’ EXHIBITION

HomePress ReleaseCONCLUDING SEMINAR FOR ‘WHEN IS SPACE?’ EXHIBITION 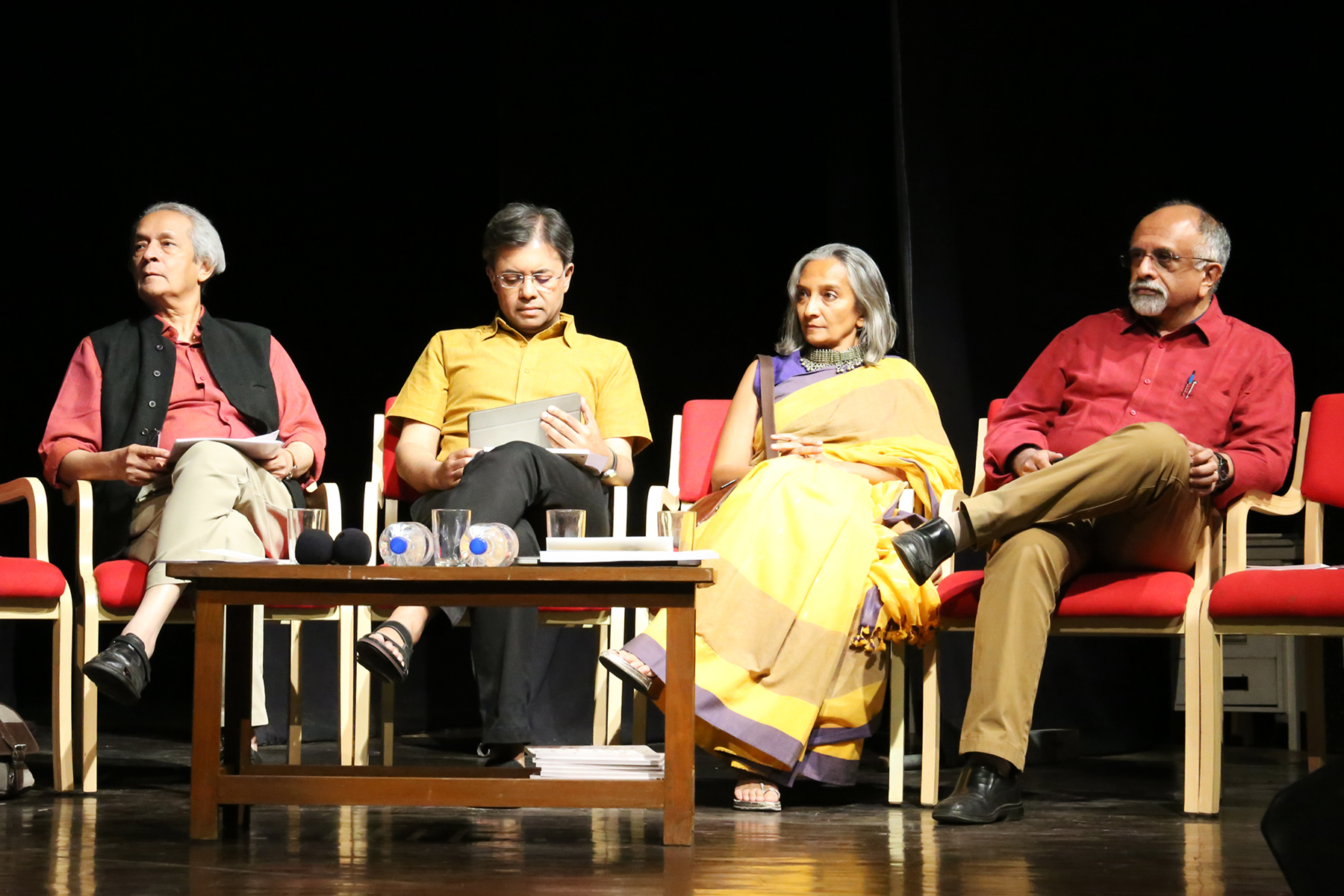 CONCLUDING SEMINAR FOR ‘WHEN IS SPACE?’ EXHIBITION

Ordinary day-to-day spaces can be transformed into art galleries. In such public spaces people can interact with artistic creations at a large scale. This enables activation of urban spaces that act as platforms for people from various socio-economic backgrounds. It is this initiation of formerly unlikely spaces that is making the interaction process highly participatory and democratic. This was informed by Indian Art and Cultural Historian, Mr. Jyotindra Jain. He was speaking at the closing conference for ‘When is Space?’ – ‘Architectural Futures’ held at Jawahar Kala Kendra (JKK).

Earlier the welcome address was given by Director General, JKK, Ms. Pooja Sood. She said that the exhibition has had more than 6500 visitors over a period 3 months. The exhibition has motivated people to come away with many thoughts about the building of JKK. After the address, Ms. Sood welcomed Guest of Honour, eminent artist and wife of Charles Correa, Ms. Monika Correa.

Architect, Mr. Prem Chandavarkar said that architects need to use architecture by the means with which they earn the respect of the community they practice in. In theory, we are conditioned to believe that it is the architect’s voice that is meaningful. However, in practice when an architect completes his work and hands it over, they step away, their personal voices forever silenced and then the work must speak for itself.

Speaking about the role of new media in architecture, Architect, Mr. Ravi Sundaraman said that new media is transforming infrastructure more than ever before. New media also reanimates the body to interact with space. It mobilises the use of bodily organs like ear, eyes, and hands. He further said that space is atmospheric and new media is its vehicular instrument.

Speaking of making workspaces more inclusive, Architect, Ms. Shimul Javeri Kadri said that workspaces of the future need to be more egalitarian, pluralistic and accessible. Organisations need to focus on involving more people instead of being commanded by a single individual whose ego dominates the entire work environment. She further explained the various organisational structures as defined by Frederic Laloux. Ms. Kadri said that teal organisations are the future as they are the most anti-fragmented with distributed decision making, self-management practices followed throughout and have a higher evolutionary purpose.

The presentations were followed by an interactive panel discussion and question-answer session with the audience. Later, the visitors also participated in a curatorial walkthrough of the exhibition.