Children learn about history and literature in a fun way

HomePress ReleaseChildren learn about history and literature in a fun way 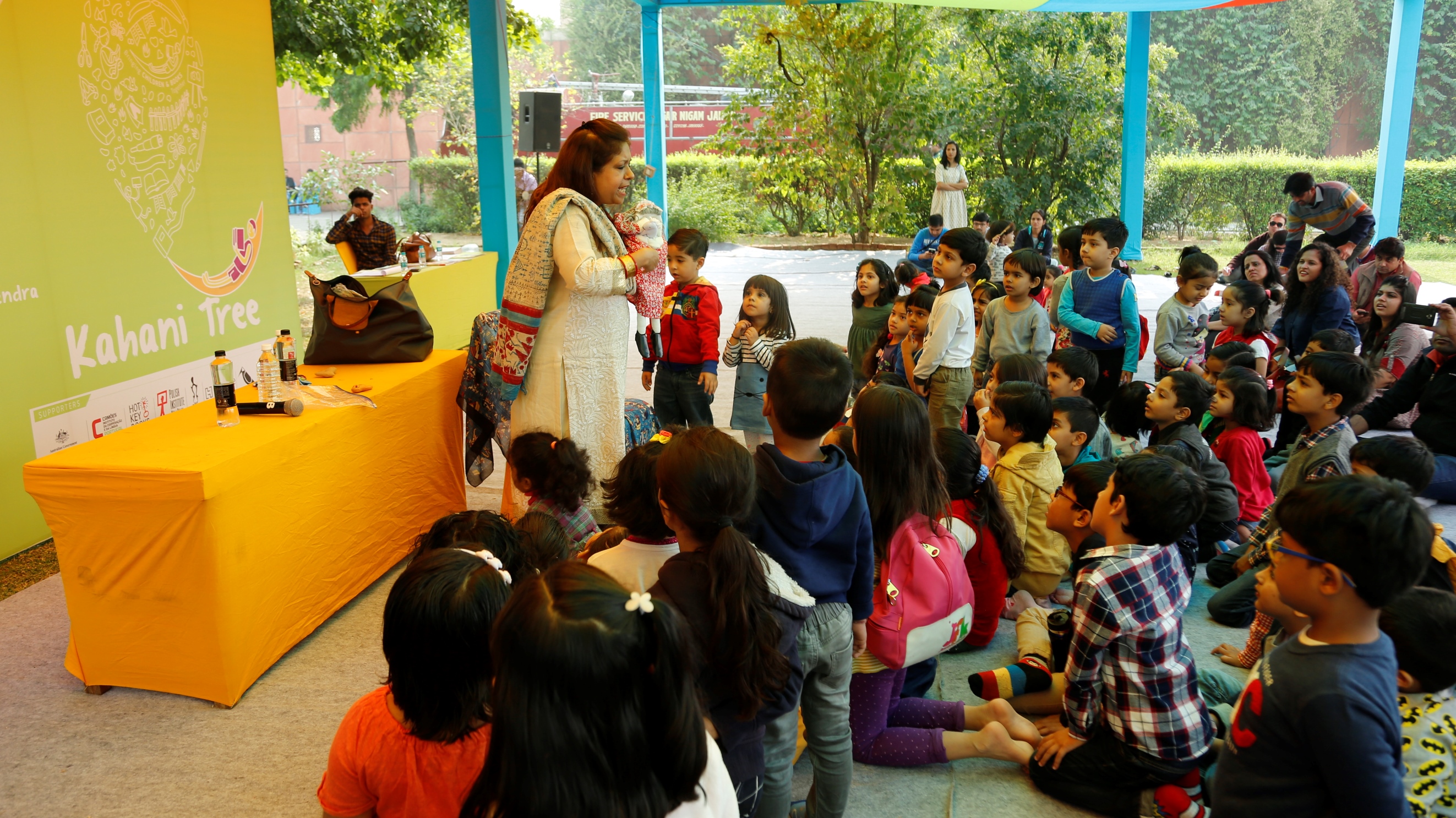 Children learn about history and literature in a fun way

The second day of the Children’s Literature Festival at Jawahar Kala Kendra (JKK) – ‘Bookaroo’ ended with immense vigour and zeal. On the last day of the festival as many as 1500 visitors witnessed a mélange of literary sessions and activities. The young minds learned about history and literature of various places in a fun way with the speakers. It is worth noting that over the two days, 55 sessions were held with 23 speakers from 5 countries.

THE GITA – AN AMAZING ADVENTURE

In the session, ‘The Gita – An Amazing Adventure’, children’s story writer Roopa Pai from Bangalore threw light on the history of the 2, 500 years old Gita as well as its use in contemporary times. She began the session by explaining to the children what mythology means. “Mythology is a reflection of who we are, what we believe in as a culture and what is our purpose as human beings”, elaborated Roopa. She further went on to explain that an epic is a long poem narrating heroic deeds by heroic figures. It was written in the form of a poem so that it is easy to memorize as during earlier times the only way to transmit history was orally.

Talking about our epics like Mahabharata which boasts of 100,000 verses and Ramayana which has 24,000 verses, Roopa revealed that the popular Greek epics of ‘Odyssey’ and ‘Iliad’ together have only 12,000 verses. Thus, we should be proud of our rich literary and historical traditions, added Roopa.

STORY TELLING THROUGH PUPPETS AND FINGERS

In her session, ‘East of the Sun, West of the Moon’ today she narrated a story from Karadi Tales which is a series of popular audio books for children in India. The stories were narrated through puppetry as well as making symbols and signs through her fingers.

A NGO from Madhya Pradesh, Team Eklavya taught children the art of making movable toys on string at the Crafty Corner at Bookaroo. An origami workshop was also conducted by them from the children in which the children made hats using old newspapers and decorated it using colourful paper sheets. From the past 30 years, Team Eklavya has been working with various government schools in Madhya Pradesh. Their objective is to impart education among children in a fun way.

Scottish-Italian author, Debi Gliori in her session ‘A Present for Big Bear’ illustrated the story of a little bear who wanted to gift a skateboard to the old big bear. The illustrations revolved around how his friends – the Owl, the Crocodile, the Monkey, the Dinosaur and Spider came forward to help the little bear. In the end, despite of being small, the spider spun a web around the skateboard and helped the little bear in wrapping the gift. The lesson of the story was that friendship is a valuable gift.  During the session, Debi also invited a few children to come and draw the illustrations with her making it a fun filled activity.

CIRCLES IN A SQUARE

An illustrator who enjoys telling stories through her sketches and photographs, Suvidha Mistry took the session ‘Circles in a Square’ at the Doodle Wall today. During the session, the children were given papers sheet and circles cut out of paper. The activity was designed for children to explore their creativity. Each child was asked to make anything according to their imagination using the circles and paper.  Each child made objects different from the other – like a sweet, moon, snail, turtle etc.

A storyteller, teacher, special educator and counselor, Champa Saha took an impromptu session for the children at the fest. She first asked the children to introduce themselves in one line and then they were made to walk in the Studio. To overcome the restrictive and shy attitude of the children, Champa focused the session on ‘body’. During the session, the children were asked to make certain body postures and then made to perform in a group. Through the session, Champa tried to enhance the expression of children and make them feel comfortable in their own bodies and with each other in a group.