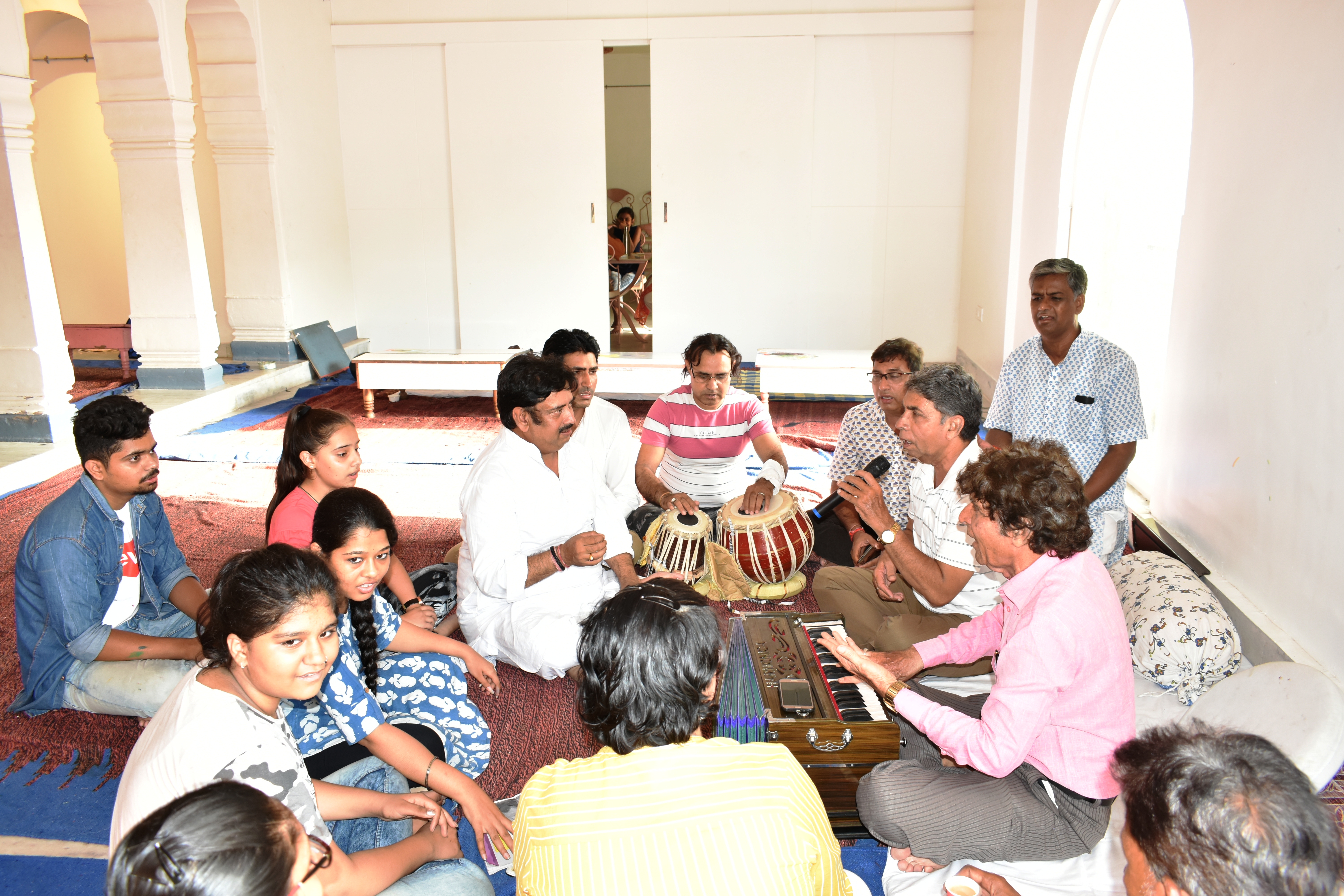 Ghazal and bhajan workshop is being conducted at the ongoing 21 day ‘Sankritik Virasat Prashikshan Shivir’ at the City Palace. Ustad Ahmad Hussain and Ustad Mohd. Hussain are facilitators of the workshop. 15 children are learning ghazal and bhajan and their styles by both the teachers.

It is to be noted that Ustad Ahmad Hussain inherited this talent from his father. He started his career from Akash Vani, Jaipur in 1959 as a child artist. Today, they have composed 80 commercial albums. The famous song ‘Aaya Tere Dar Pe Deewana’ from the bollywood movie ‘Veer Zara’ was sung by them.

Press Release A 10-year-old quadri-amputee boy from Hyderabad, Madhu Kumar has been given a new lease of life with artificial limbs by the Jaipur Foot Rehabilitation Center. Youngest of four siblings, Madhu lost all his limbs due to an electric burn from a high tension wire in 2019. Belonging...

Press Release As many as 256 participants observed the night sky through a high-powered telescope at Jawahar Kala Kendra (JKK) today evening. The observation of celestial bodies was organised as a part of ‘Night Sky Tourism’ launched recently by the State Government. The programme was organised by Department of...

JAIPUR POET TO BE FEATURED AT JLF

Press Release The Jaipur poet, Jagdeep Singh, will be featured at the virtual edition of Jaipur Literature Festival ( JLF) in February. A video of his reading some of his poems from the first collection ‘My Epitaph’, will be shown in the category of ‘ New Writers Short Series’....