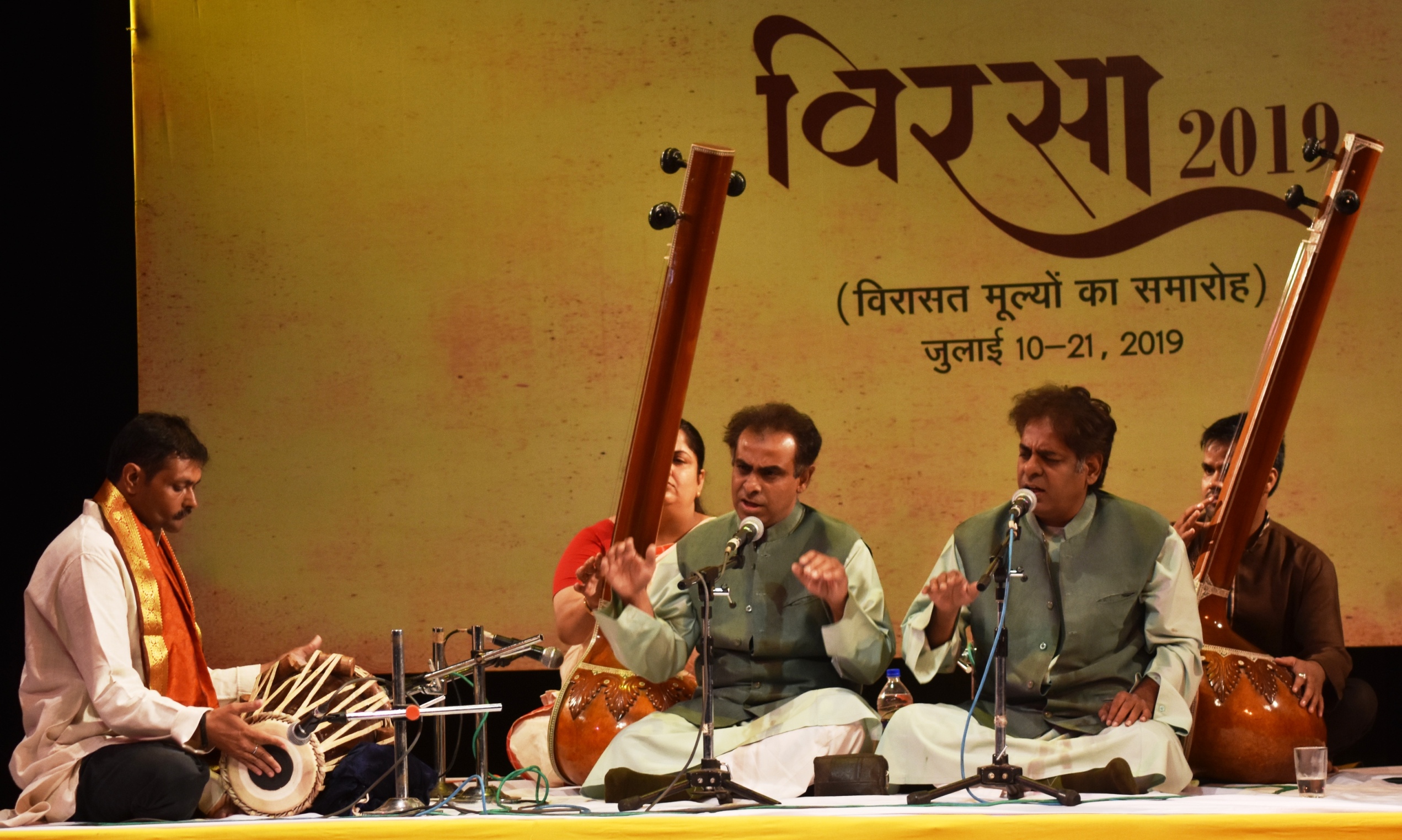 On the third day of the cultural programme ‘Virsa 2019’, the world renowned Dagar brothers, Nafishuddin and Anishuddin Dagar presented a breathtaking Dhrupad performance. The event took place at Rangayan at Jawahar Kala Kendra(JKK).  The ADG, JKK, Mr. Furkan Khan was also present on the occasion. It is to be noted that the cultural programmes till 14 July are being organized by JKK In association with the West Zone Cultural Centre, Udaipur.

During the two and a half hour performance, the Dagar Brothers presented the beauty of ‘Dhrupad’ through several compositions based on various ‘Raga’ and ‘Ragini’. Their performance began with the ‘Raga Yaman’ in ‘Chautaal’. The composition of the performance was “Tero Hi Dhyan Dharat Hai Bhrama Vishnu Mahesh”.  Through their singing they presented the various expressions associated with ‘Ragas’ and won the hearts of the audience. The style of ‘Gamak’ and ‘Laykari’ in their performance was unique. The Dagar brothers were accompanied by Pandit Praveen Kumar Arya on Pakhawaj, Gayatri Sharma and Rahman Raja Shaikh on ‘Tanpura’.