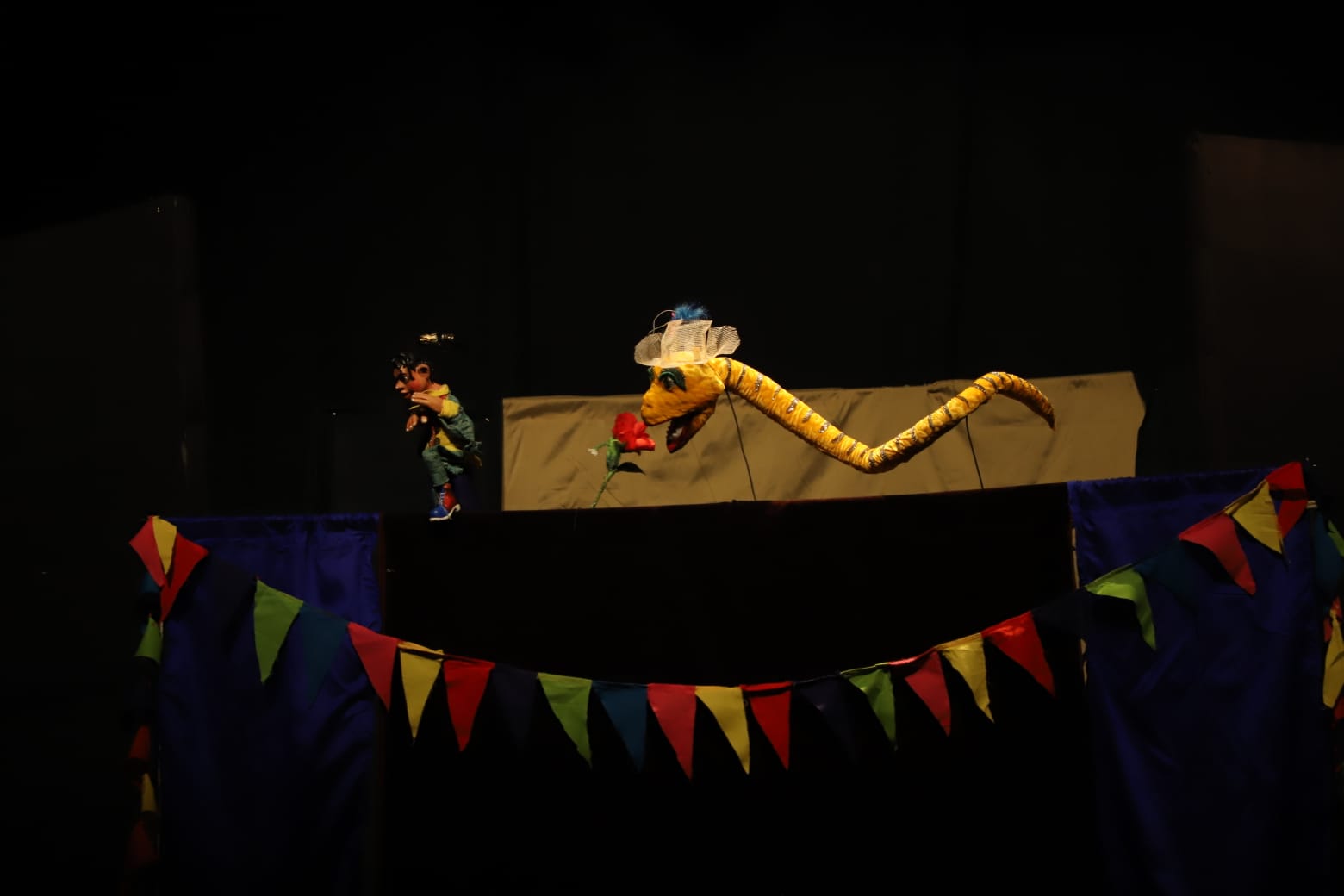 JKK organised the plays, ‘Gullivers Travels’ and ‘Flying Flowers’ by Puppet Shala Arts Group in Rangayan at JKK. The plays were staged for the participants of the Children’s Theatre Workshop, in the morning and for the general public in the evening.

The plays, ‘Gulliver’s Travel’ and ‘Flying Flowers’ were directed and designed by Mohammad Shameem. ‘Gulliver’s Travel’ is a story of freedom, determination, strength, conspiracy, compassion, friendship and acceptance. It was not a love story but a story of love. Gulliver got washed over the shores of the land of Lilliput by a sea storm. He was captured by the Lilliputs. He is at first a prisoner, but despite his huge power of being a giant, he is very nurturing to the Lilliputs. He negotiates for his freedom. Though he is plotted to be killed, he escapes and continues to search for true friendship and does not take his own power of love for granted but offers it to his true friends. The puppet design and making were done by Shameem and Nitu Kumari. The script was written by Sheel, Jyotsna and Shameem.

Similarly, the play ‘Flying Flowers’ was a non-verbal performance in which a boy wants to gift his friend some flowers and the flowers take him on their journey through humorous incidents and foibles.