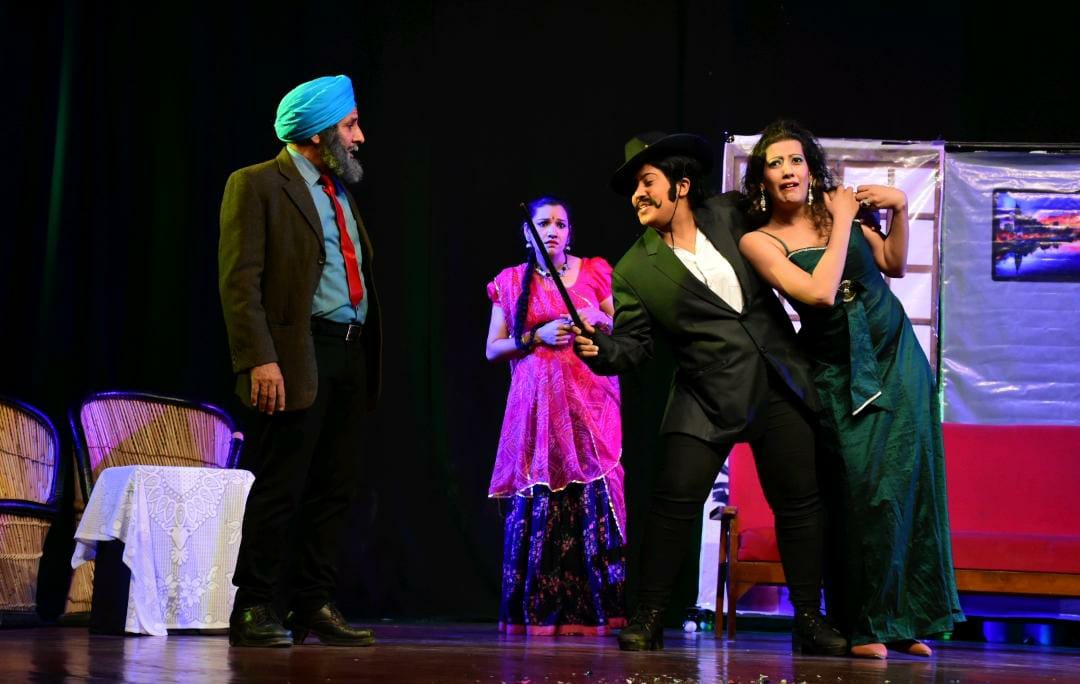 As part of the Azadi Ka Amrit Mahotsav, a Hindi adaptation of Italian writer, Carlo Goldoni’s famous play ‘A Servant of Two Masters’- ‘Ek Phool Do Malik’ was presented by Aayam Sanstha in Rangayan of Jawahar Kala Kendra (JKK). The play has been adapted and directed by theatre artiste, Sandeep Lele. The play was organized by JKK as a part of the fortnightly theatre scheme.

In this drama, there is not only one but two more couples in love. The love story of these couples gets entangled with each other and creates an even more comical situation. In the play, Sujata, the sister of Colonel Karamchand Dandpani, who was killed in an accident, comes to the city where her brother’s debtor, Genda Singh lives. She comes to prove that the allegation that her lover, Ajay killed the colonel is false and to find Ajay.

Artistes who performed in the play included – Prakash Dayma, Vinod Soni, Pallavi Kataria, Vipul Vashisht, Saksham Tiwari, Ritu Shukla, Kunal, Mahima Malhotra, Manish Dhabhai and Sandeep Lele. Along with this, the art and set were arranged by Ankit Sen, lighting by Shahjor Ali and makeup by Ravi Banka. Apart from this, music was given by Rakesh Dixit and Vishal.