AFTER BRONZE AT CWG, APURVI GEARS UP FOR WORLD CUP IN SOUTH KOREA 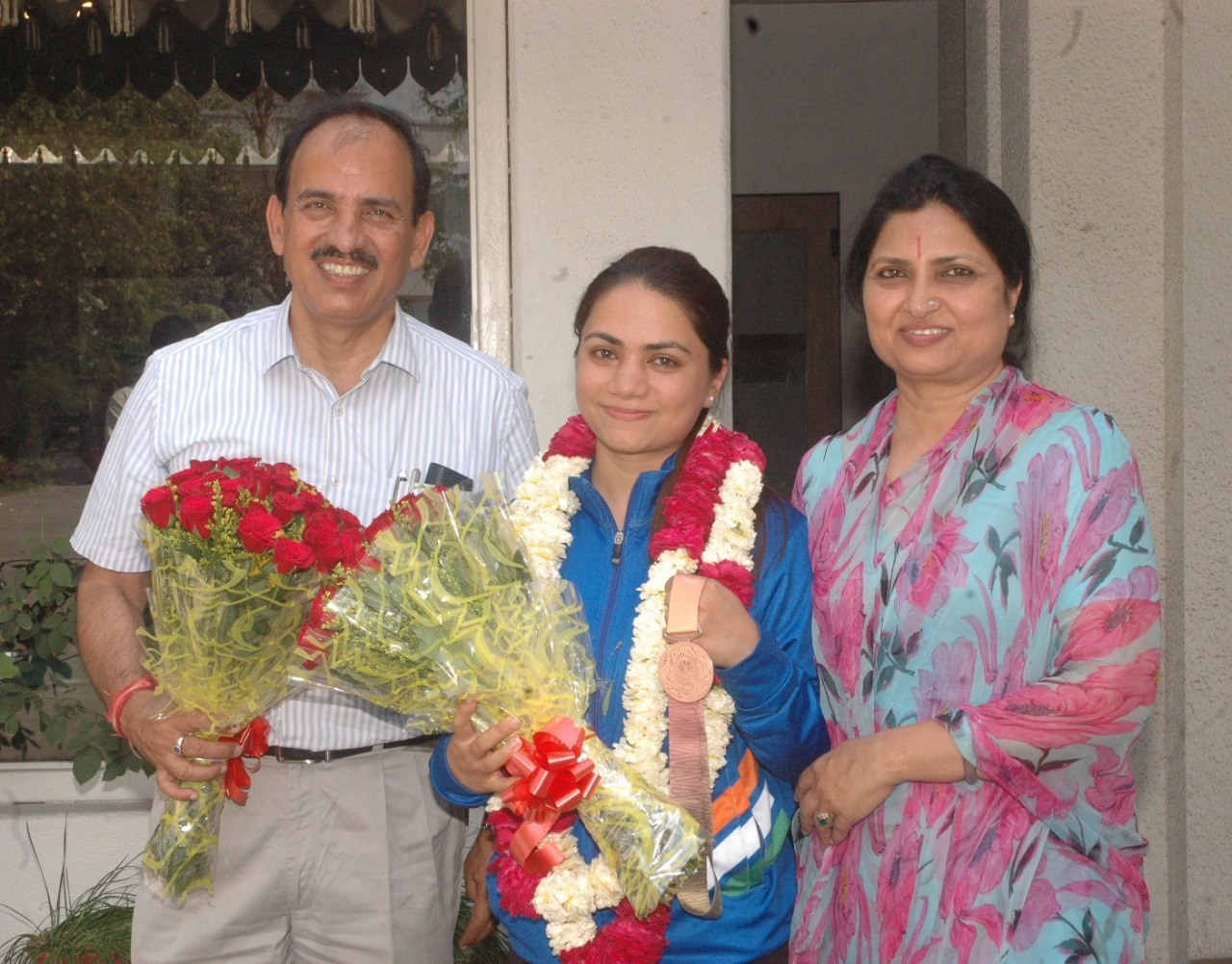 AFTER BRONZE AT CWG, APURVI GEARS UP FOR WORLD CUP IN SOUTH KOREA

Jaipur’s shooter, Ms. Apurvi Chandela arrived back to the Pink city after winning the bronze medal in women’s 10m air rifle event at Commonwealth Games (CWG) in Gold Coast. Talking about her future plans, Apurvi said that she is leaving for the International Shooting Sports Federation (ISSF) World Cup in South Korea on 18 April. She is also preparing for the forthcoming Asian Games and World Championship.

Sharing her recent experience at CWG at Gold Coast, Apurvi said: “Even though I am a little disappointed on not being able to secure a gold medal but it feels great to win a medal for the country for the last two times”. Furthermore, she expressed immense satisfaction over her record-breaking score in the qualification round of CWG.

Throwing light on her training regime, Apurvi said that she has been undergoing rigorous training for the last 6 months with her coach Rakesh Manpat who hails from Bangalore. Her training includes 4-5 hours of shooting practice combined with physical exercises, meditation and yoga.

Talking about India’s overall performance in the CWG and the women’s 10m air-rifle event, Apurvi said that it is indeed a matter of great pride to see the number of medals bagged by our country already and that India is in the 3rd position in the medals tally. Highlighting Mehuli Ghosh’s performance in the CWG, Apurvi said that the competition in the women’s 10m air-rifle event has also rocketed sky-high. This competition is a motivation to keep pushing the limits and working harder.

Giving a message to the youth, Apurvi said that it is important to have a goal in mind and do whatever it takes to achieve it. In Jaipur for a brief period of only two days, Apurvi plans to spend this time relaxing with her family and playing with her dogs.