BOOK LAUNCH OF ‘SINGHA DURBAR: RISE AND FALL OF THE RANA REGIME IN NEPAL’

HomePress ReleaseBOOK LAUNCH OF ‘SINGHA DURBAR: RISE AND FALL OF THE RANA REGIME IN NEPAL’ 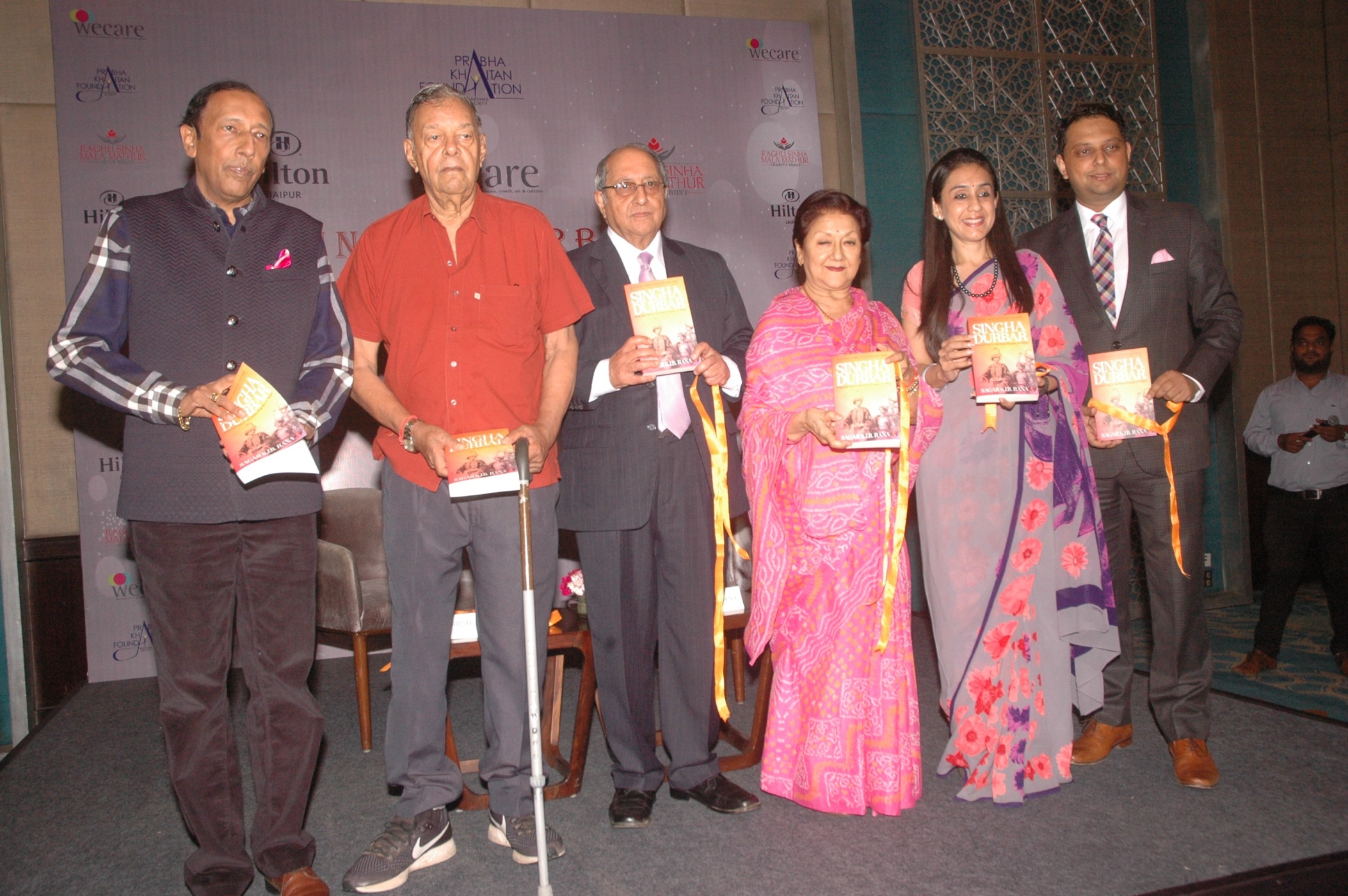 BOOK LAUNCH OF ‘SINGHA DURBAR: RISE AND FALL OF THE RANA REGIME IN NEPAL’

Based on numerous one-on-one interviews with people from various walks of life, ‘Singha Durbar’ is a balanced account of one of the most vital periods in the history of Nepal. From the Prime Minister of Nepal to the poorest of the poor, people have shared their accounts with utmost truth and honesty. This was stated by the author of the book, ‘Singha Durbar: The Rise & Fall of the Rana Regime in Nepal’, Mr. Sagar S.J.B. Rana. He is also a descendant of the Rana family. Mr. Rana was in conversation with Rani Vidya Devi at Hotel Hilton in Jaipur.

Referring to the popular perception of Ranas amassing wealth while the rest of Nepal lived in abject poverty, the author said that it is half-true that the Ranas were solely responsible for reigning tyranny over Nepal. In fact, Nepal was already in the ‘Dark Age’ when the Ranas began their rule. Mr. Rana also spoke about B.P. Koirala as one of the greatest political personalities of Nepal and a staunch supporter of democracy.

The book launch programme began with an introduction by Ms. Apra Kuchhal. This was followed by the welcome address by Mr. Vishal Gupta. The book discussion was followed by an interactive Q&A session with the audience. The programme concluded with the vote of thanks delivered by Mr. Sudhir Mathur.

‘Singha Durbar: Rise and Fall of the Rana Regime in Nepal’ follows the story of the Rana family who were reigning as prime ministers of Nepal, with the king as a figurehead for 104 years, and the struggle for democracy in Nepal that has close links with India. Their rule, ending in 1951, while bringing stability to a fraught empire, has also been criticized for economic and social inequities and for tyranny.