A SPLENDID BHARATNATYAM DANCE PERFORMANCE CAPTIVATES THE AUDIENCE AT JKK 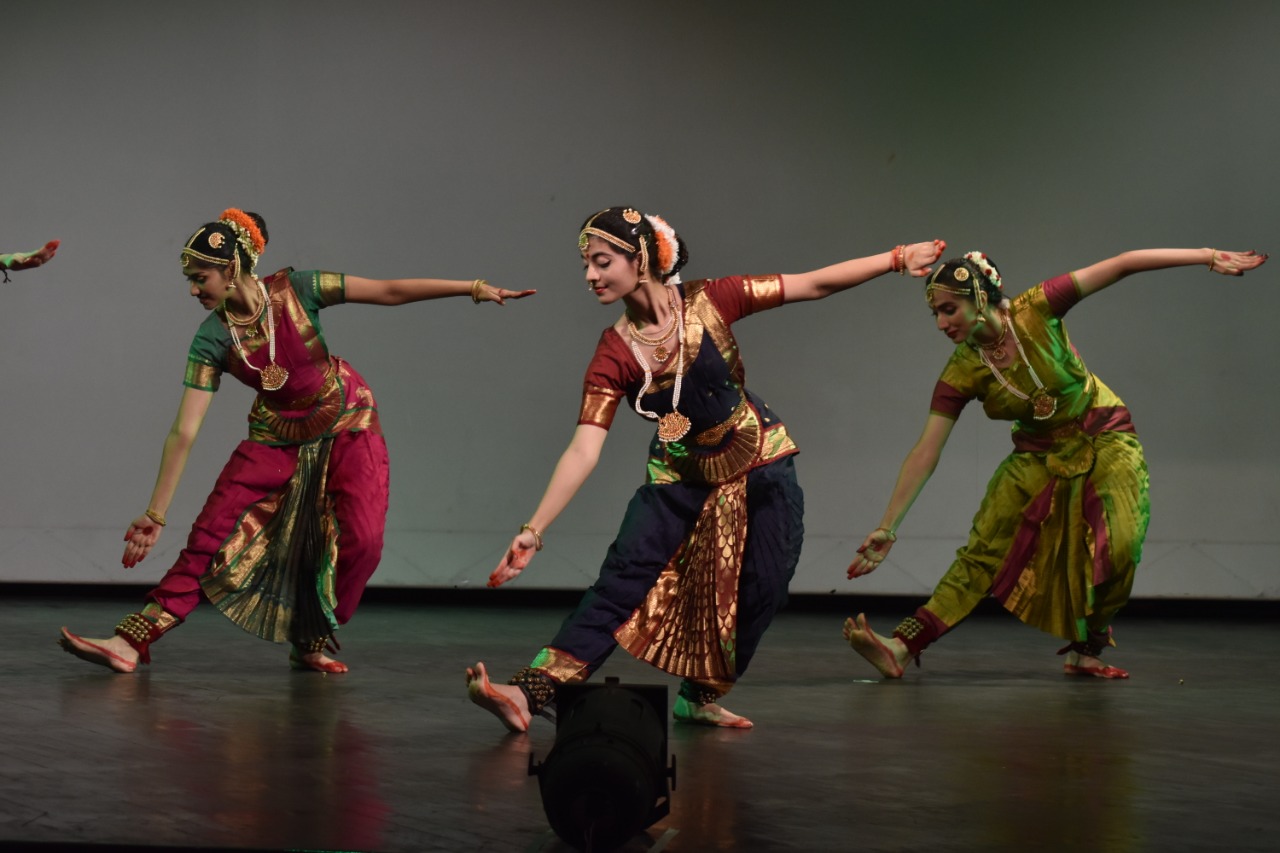 A SPLENDID BHARATNATYAM DANCE PERFORMANCE CAPTIVATES THE AUDIENCE AT JKK

A splendid classical dance performance ‘Bharatnatyam’ delighted the art lovers at Rangayan at Jawahar Kala Kendra (JKK). The performance, directed by Bharatnatyam Guru, Ms Nikita Mudgal was presented by as many 25 students of the Angeekam Dance Institute. The impeccable footwork and enthralling performance by the children left the audience spellbound.

The program began with ‘Stuti’ which is the first dance in a Bharatnatyam performance which is a salutation to the Lord Ganesha and Goddess Saraswati. The students then performed ‘Margam’ which is the traditional course of dance items that are performed in a Bharatnatyam dance performance. This was followed by ‘Alarippu Kauthuvam’, ‘Shabdam’ and ‘Jatiswaram Kirtanam’. Also, the performance, along with pure dance, showcased a beautiful depiction of the Krishna Leela stories, Devi Stuti and the story of the Mohini avatar of Vishnu.

The performance concluded with a dance experiment of Bharatnatyam and Rap fusion. Bridging the gap between the traditional and modern dance techniques, the dancers presented a fusion Bharatnatyam performance on featuring Bollywood songs. It depicted the injustices inflicted by those economically and financially stronger and powerful in society on the weaker sections of society who have nothing and are struggling for their livelihood. Through the power of storytelling with dance, the dancers depicted their fight for freedom from such atrocities. The performance was a sarcastic depiction mixed with equal element of pure traditional Bharatnatyam.