A SPIRITUAL START TO THE MONTH OF AUGUST WITH KABIR, HAVELI SANGEET AND SUFI SINGING AT JKK

HomePress ReleaseA SPIRITUAL START TO THE MONTH OF AUGUST WITH KABIR, HAVELI SANGEET AND SUFI SINGING AT JKK 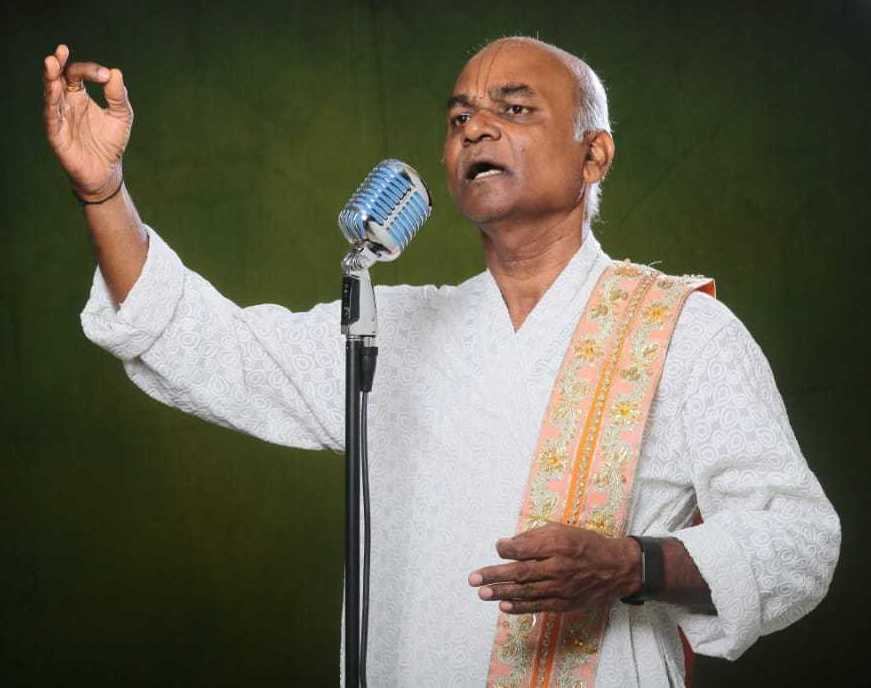 A SPIRITUAL START TO THE MONTH OF AUGUST WITH KABIR, HAVELI SANGEET AND SUFI SINGING AT JKK

JKK is organizing a 3 day festival based on ‘Kabir Bhajan’, ‘Haveli Sangeet’ and ‘Sufi Gayan’, ‘Sumiran’ in the month of August. As a part of ‘Sumiran’, spiritual programmes based on classical singing and folk songs will be organized. On the concluding day ‘Qawaali Gayan’ will be presented. These programmes will be organized at Rangayan at 7 pm and the entry will be free to the visitors. This was informed by the Additional Director General of JKK, Furqan Khan.

Mauralala and group will perform Kabir Bhajan on 1 August, Thursday

The 3 day festival will begin with the performance of ‘Kabir Bhajan’ by the internationally famous folk singer, Mauralala and group. They will mesmerize the audience with their performance of ‘Bhajans’ of the famous poet and saint, ‘Kabir’. Mauralala is related to ‘ Bhuj’. He is also associated with reputed bands like ‘Maati Bani’ and fusion groups. He has shared the stage with many famous classical music singers.  The accompanying artistes will be Sukhdev on Jhanj, Mohanlal on Ghada Gamela, Amjad on Algoza and Bhikhabhai will accompany on Manjire.

On the second day, 2 August ‘Haveli Sangeet’ based on the ‘Nathdwara Gharana’ of Rajasthan will be performed. Pandit Bhagwati Prasad Gandharva and group, Vadodara will sing praises of Lord Krishna in their performance. Pandit Bhagwati Prasad will perform ‘Bhakti Bhajan’, ‘Pad’ and ‘Padavali’. He has mesmerized the listeners with his music at the Nathdwara Mandir Mandal, Rajsamand and Dwarikesh Mahotsav, Kankroli. His performances on Jhanj, Pakhawaj, Harmonium and Sarangi leave an unforgettable memory with the viewers and listeners.

‘Qawwali Gayan’ by Aasif and Aarif party on 3 August

The next attraction in ‘Sumiran’ festival will be the programme of ‘Qawwali Gayan’ by Aasif and Aarif party on 3 August. The melodious style of traditional Qawwali singing can be seen in this programme sponsored by Maulana Abul Kalam Azad Arabic Persian Research Institute, Tonk.