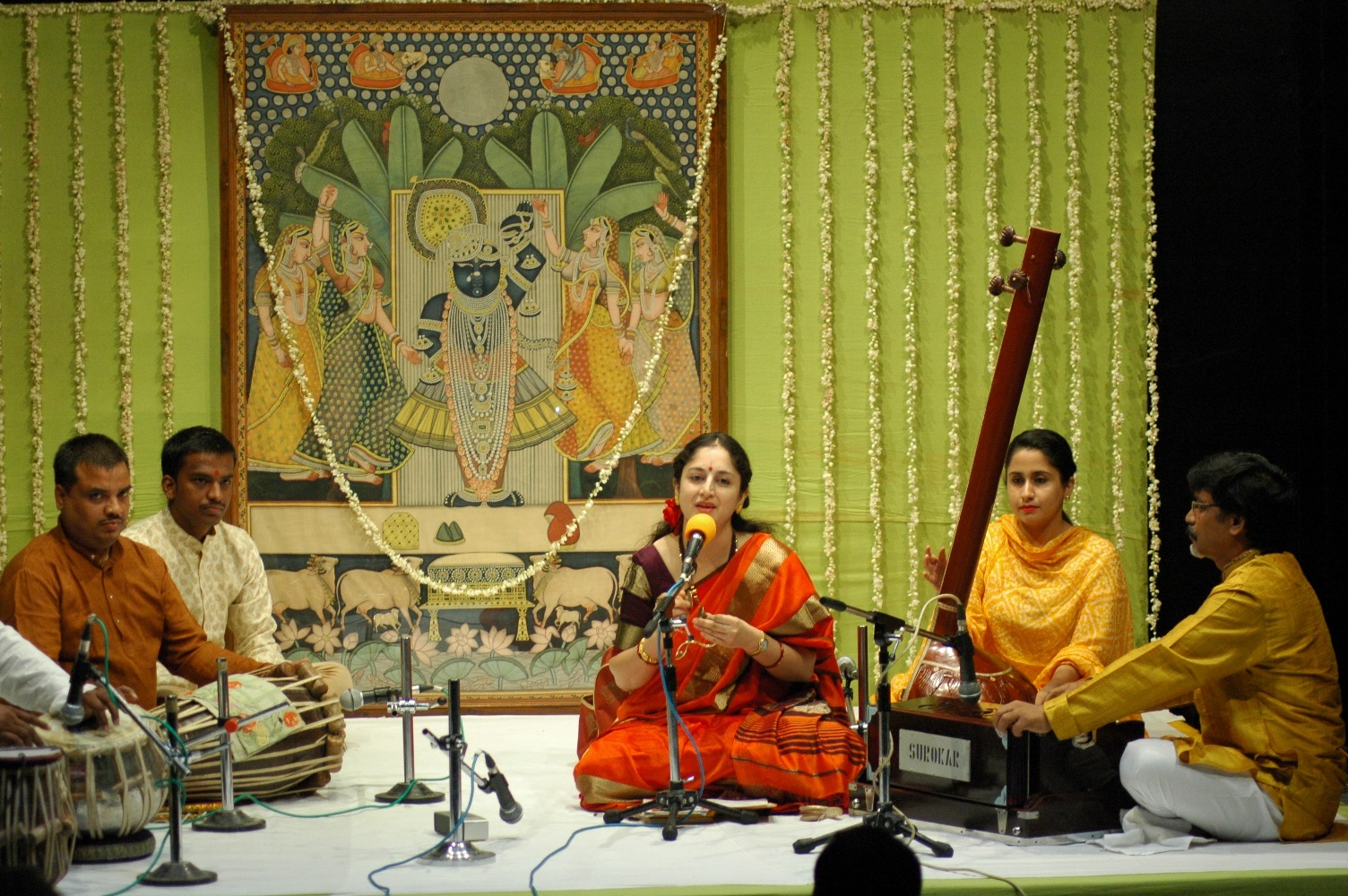 She was accompanied by Paremeshwar Kathak on Tabla, Krishna Gopal Sharma on Pakhawaj, Yugal Gujarati on Manjeera, Rajendra Banerjee on Harmonium and Garima Panday on Tanpura.