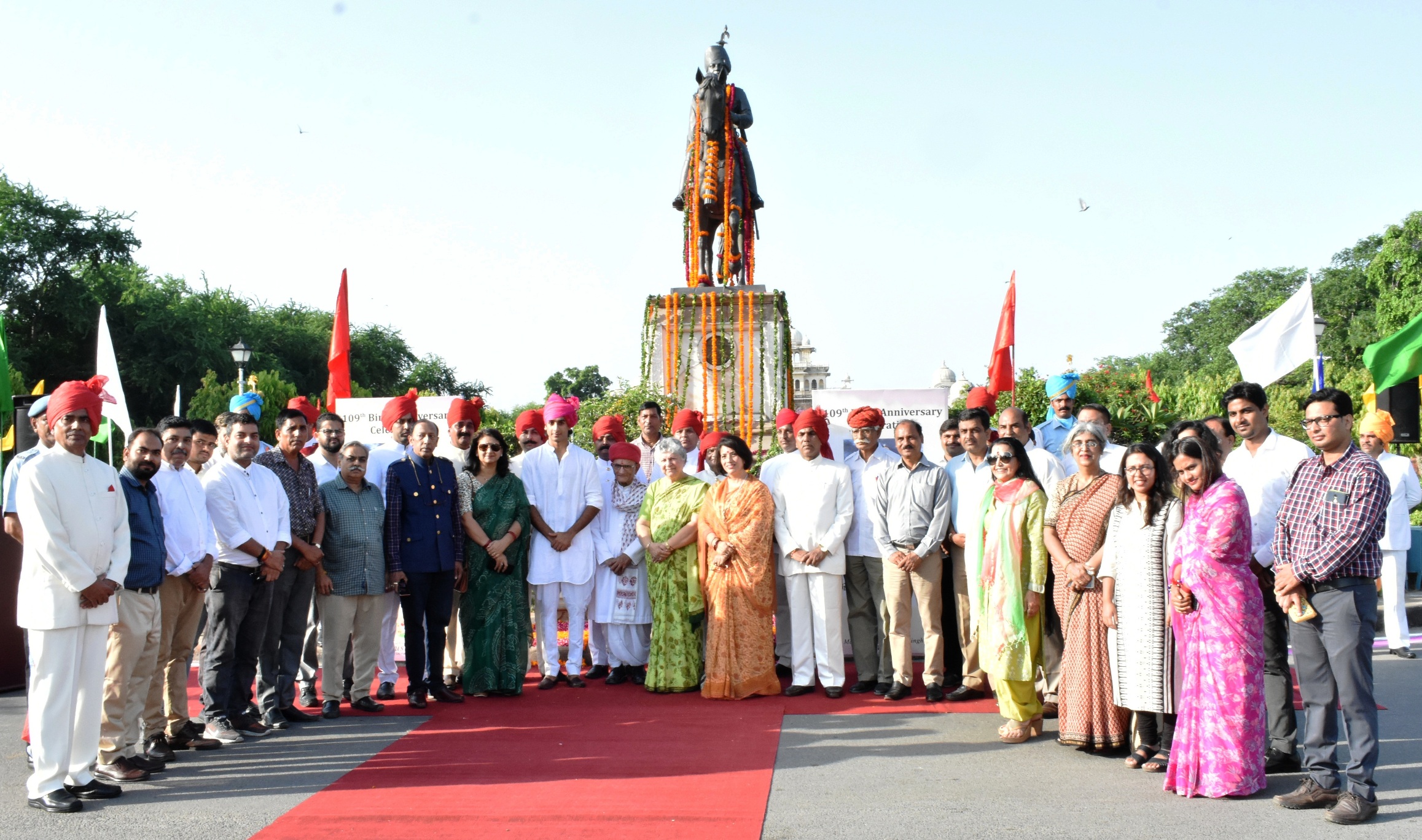 On the occasion of the 109th Birth Anniversary of Maharaja Sawai Man Singh II, floral tributes were paid at his statue in Ram Niwas Bagh. HH Maharaja Sawai Padmanabh Singh along with a number of eminent citizens of Jaipur also participated in the ceremony.

The program was organized by Maharaja Sawai Man Singh II (MSMS) Museum Trust. The Executive Trustee, MSMS II Museum , Ms. Rama Datt informed that the portion of the garden where the ceremony took place is adopted by the MSMS II Museum and it is a matter of great honour for the MSMS II Museum to maintain it.