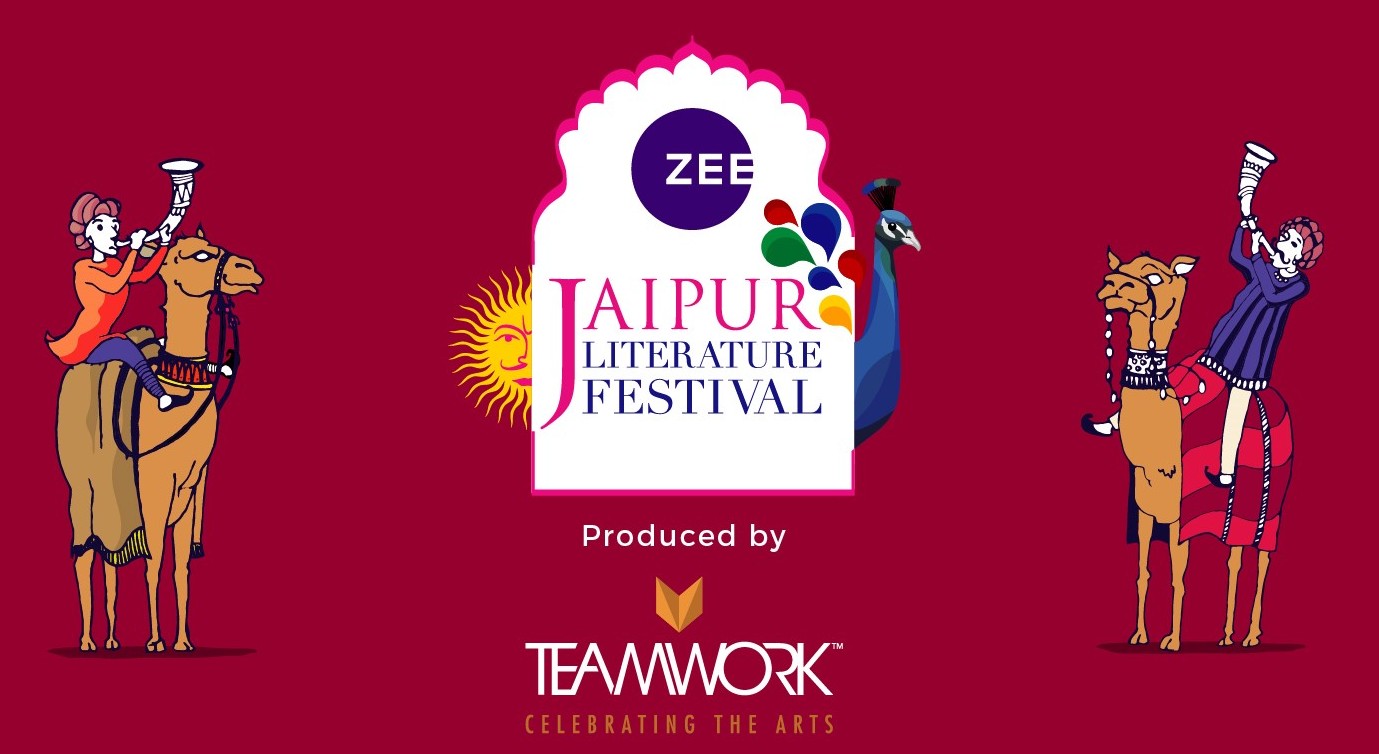 Music, theatre and cultural performances will captivate audiences at the ZEE Jaipur Literature Festival 2018 during two glorious Heritage Evenings. In association with Rajasthan Tourism, the Festival will host these grand events at Jaipur’s iconic Amber Fort and Hawa Mahal. Being held on the evenings of January 26th and 28th, these events will showcase spellbinding performances against the exquisite backdrop of monuments that celebrate the city’s rich cultural heritage.

Under the Stars at Hawa Mahal features The Troth-Usne Kaha Tha, a multimedia dance and theatre production presented by Akademi, the UK’s leading producer of Indian dance, marking the centenary of World War I. It tells a story of love, loss and sacrifice against the horror and conflict of World War I. Inspired by film noir and the era of black and white films, The Troth will recount the story with use of film and subtitles and unfold the poignant narrative through interplay between image, music and dance. Award-winning choreographer Gary Clarke (winner of a UK Theatre Award 2016 for Achievement in Dance) leads the creative team. Through an intense experience, akin to silent films, audiences travel from the repose of rural Punjab in late 1800s to the strife-torn bloodied Belgian trenches. Part of the Reimagine India programme (Arts Council England/British Council) and the UK-India Year of Culture, The Troth features some of the UK’s most exciting and versatile young dancers.

On January 28th, audiences can look forward to A Majestic Evening at Amber Fort, which will begin with a sarangi recital by Ustad Kamal Sabri. Ustad Sabri Khan is the son of sarangi legend Ustad Sabri Khan and is carrying forward the rich legacy of the Sania gharana of Moradabad with single-minded dedication. Kamal, who is from the seventh generation of a distinguished family of traditional musicians, has demonstrated profound versatility in playing the sarangi.

This will be followed by Hazaaron Khwaishein Aisi… a tribute to the late ghazal maestro Jagjit Singh by singer, songwriter and composer Shekhar Ravjiani. The show first premiered at the Esplanade Concert Hall in Singapore to a standing ovation and brought back to life some of Singh’s legendary ghazals including, ‘Hothon se Choo Lo Tum’, ‘Hazaaron Khwaishein Aisi’, ‘Tumko Dekha’, ‘Jhuki Jhuki Si Nazar’, ‘Tum Itna Jo’ and ‘Yeh Daulat Bhi Le Lo’. It has since gone to Jakarta, Indonesia and after running its U.S. tour in August 2017, it will now enthrall audiences at the ZEE Jaipur Literature Festival 2018.

Sanjoy Roy, Managing Director of Teamwork Arts, Producer of the ZEE Jaipur Literature Festival said, “The ZEE Jaipur Literature Festival’s Heritage Evenings celebrate the built heritage of the state of Rajasthan and highlight its rich cultural and architectural legacy through performing arts showcases. With support from Rajasthan Tourism, we will present some of the best music and theatre performances against the backdrop of over 1000 years of Indian architecture and heritage. These events are exclusively curated to bring our audience closer to Rajasthan’s spellbinding spirit and landscape.”

Entry to the Heritage Evenings are by invitation only. Guests can collect invitations from the Information Desk at the ZEE Jaipur Literature Festival on the days the events are held.

About the ZEE Jaipur Literature Festival 2018

Described as the ‘greatest literary show on Earth’ and the ‘Kumbh of literature’, the ZEE Jaipur Literature Festival is a sumptuous feast of ideas.

The past decade has seen it transform into a global literary phenomenon having hosted nearly 2000 speakers and welcoming over a million booklovers from across India and the globe.

Every year, the Festival brings together a diverse mix of the world’s greatest writers, thinkers, humanitarians, politicians, business leaders, sports people and entertainers on one stage to champion the freedom to express and engage in thoughtful debate and dialogue.

The Festival showcases a range of voices from India and abroad.

The ZEE Jaipur Literature Festival is a flagship event of Teamwork Arts, which produces it along with over 25 highly acclaimed performing arts, visual arts and literary festivals across more than 40 cities globally.

In 2014, the Festival spread its wings beyond the borders of India with an annual summer event in London. In 2015, it headed across the pond to Boulder, Colorado where it hosts a similar event every September.

Teamwork Arts produces one of the world’s largest literary gatherings, the annual ZEE Jaipur Literature Festival, the Ishara International Puppet Festival and the annual Mahindra Excellence in Theatre Awards (META) and Festival in New Delhi, international festivals Shared History in South Africa, Eye on India in the United States of America, India by the Bay in Hong Kong, Confluence – Festival of India in Australia,  India@70 2017: Year of Culture in the United Kingdom, and many more.