WOMEN OF PDKF CREATE ART TO RAISE FUNDS FOR THE FOUNDATION 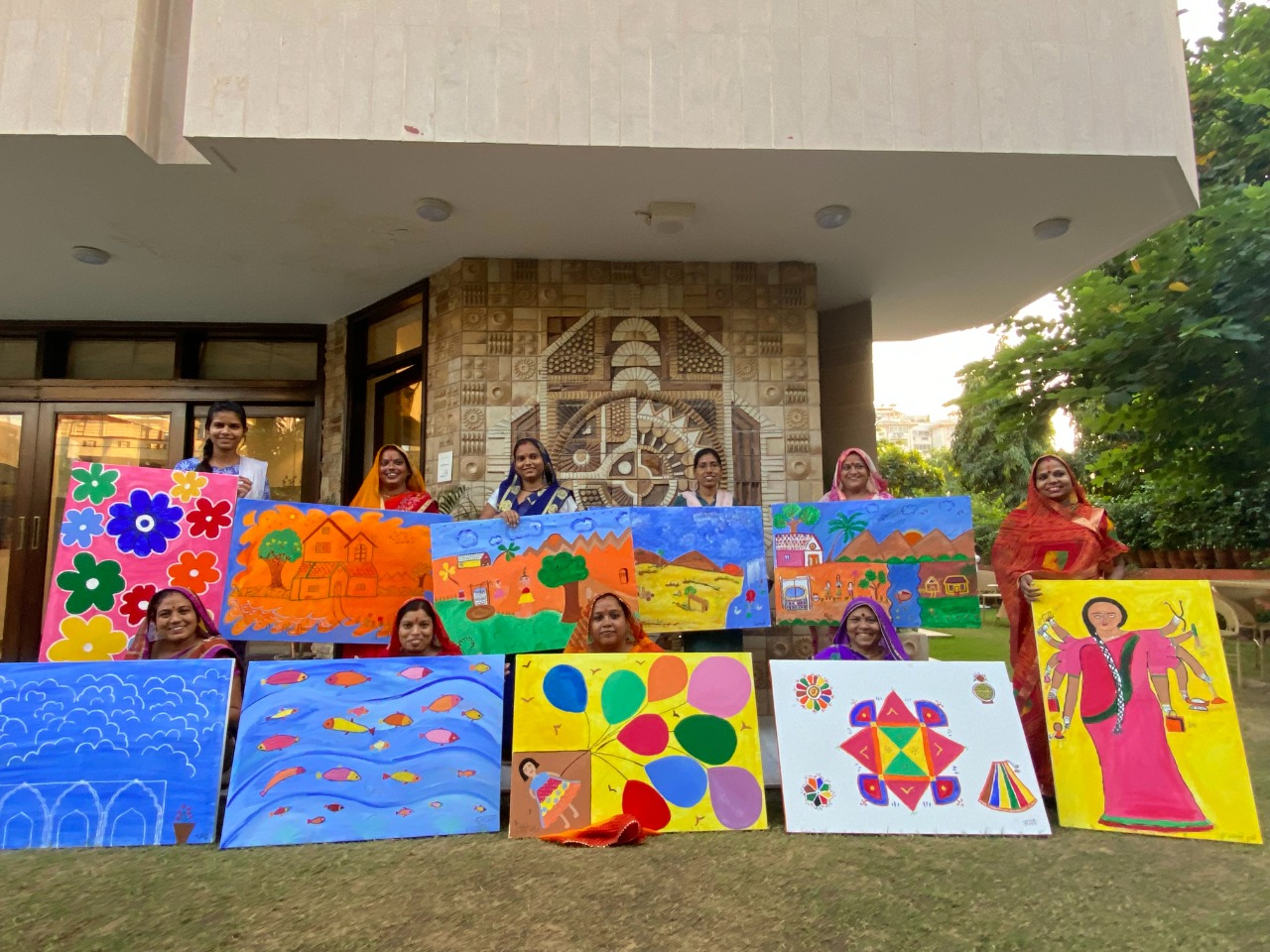 WOMEN OF PDKF CREATE ART TO RAISE FUNDS FOR THE FOUNDATION

In a one-of-its-kind initiative, the Princess Diya Kumari Foundation (PDKF), in collaboration with ‘The Art Ghar’, hosted an art fundraiser recently in Jaipur. The women of the PDKF created 10 paintings over a period of two days at The Art Ghar, out of which 6 artworks were sold at the fundraiser. As many as 25 well-known personas from the city attended the scintillating fundraiser event which was replete with art, creativity and engaging conversations at The Art Ghar. Some of the attendees of the event were Ms. Shivina Kumari, Ms. Devisha Kumari, Ms. Sujata Bhandari, Ms. Natasha Singh, among others.

In this event curated by Princess Gauravi Kumari of PDKF and Shraddha Jain of ‘The Art Ghar’, the women had a chance to share their stories, struggles and life experiences with one another as well as bring them alive on canvas.

One of the six paintings, ‘Mera Sapna’ by Guddi Devi depicts her childhood dream of always wanting to build a home for her parents. She dream of having a two-storey house with a luscious garden and neighbouring water body. She paints her dream in a cloud because she believes it is as large as a cloud in the sky.

Similarly, Lajwanti of PDKF in her painting ‘Nari Ki Shakti’ has portrayed the power of women. The artwork shows how a woman can be a doctor, a homemaker, a teacher and designer , all at the same time. She imagines herself as the woman in her painting and says: “I aspire to do all of these things and keep growing as a woman every day. I see myself in her.”

The invited guests at the fundraiser, along with witnessing and purchasing the exhibits at the event, also indulged in creating art in the relaxed ambience of ‘The Art Ghar’.

On the occasion, Princess Gauravi Kumari of the PDKF said: “It was an exceptionally therapeutic experience for the women of the PDKF to create and engage with art and express their challenges and aspirations through their paintings. By being a part of this event, the women of the foundation got a unique platform to share their life experiences in a simple yet poignant manner which touched the hearts of the guests at the fundraiser.”

Shedding light on the objective of the event, Shraddha Jain of The Art Ghar said: “At ‘The Art Ghar’, we believe in letting people express themselves by experiencing, creating and engaging with art. Through this initiative, the women of the PDKF as well as the attendees at the fundraiser got the chance to wind down with art. ‘The Art Ghar’ plans to host more such events with other NGOs as well.”

The proceeds from the tickets as well as the paintings sold were donated to the PDKF.