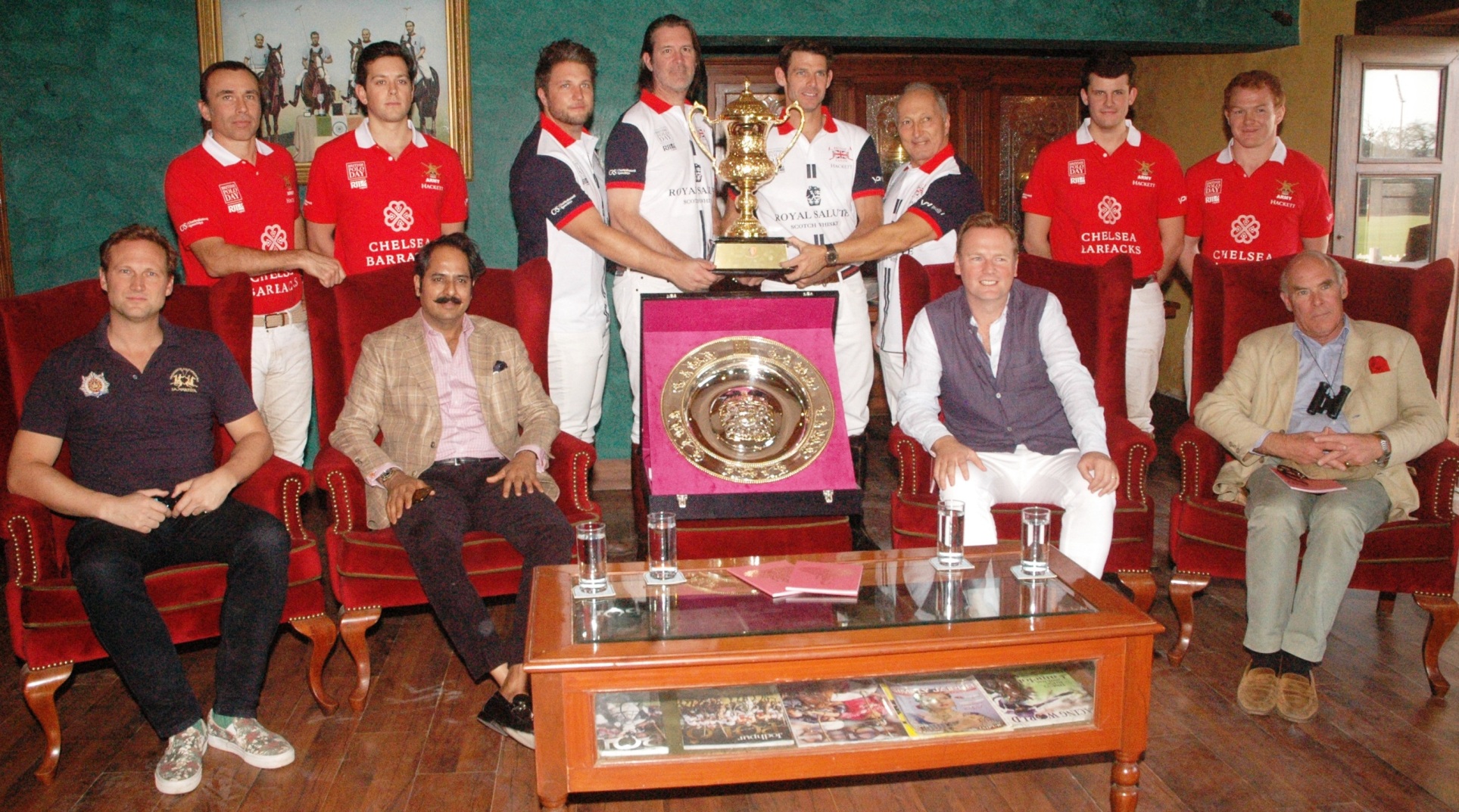 ‘The British Polo Day Jaipur’ will be celebrated with gusto on 10 December at the Rajasthan Polo Club (RPC) in Jaipur. There will be two polo matches on the occasion. The first match will be between the ‘British Army’ team and the ‘61 Cavalry’; while the second match will be between the ‘British Exiles’ team and ‘Jaipur Polo’ team. His Excellency Sir Dominic Asquith KCMG, British High Commissioner to the Republic of India will be the Guest of Honour.  This was informed by Maharaj Narendra Singh today at a press briefing at the RPC.

He further stated that the ‘British Polo Day’ is being organised to show how Jaipur is connected to Polo. Being held for the third time in the city there is huge enthusiasm for this polo event. The British Polo Day event is a wonderful initiative to promote the sport of Polo in India and abroad. It has been organised in 16 countries.

The Director British Army Polo, Col. Simon Ledger said that polo was invented in India and developed by the British. Polo is a game which encourages team spirit, good fitness and extreme skill. He said that they look forward to a fantastic match tomorrow which will be played with fairness and passion.

The Chairman and Co-Founder of ‘British Polo Day’, Mr. Tom Hudson informed that the aim of organizing ‘British Polo Day’ is to celebrate the history and heritage. The game will also forge friendship between India and Britain. The 6 goal player, Malcom Borwick was also present at the briefing.

There will also be Musical Ride with Marwari Stallion and Trick Riding Display by the 61 Cavalry. HH Maharaja of Jaipur, Padmanabh Singh, who will also be playing on the occasion.