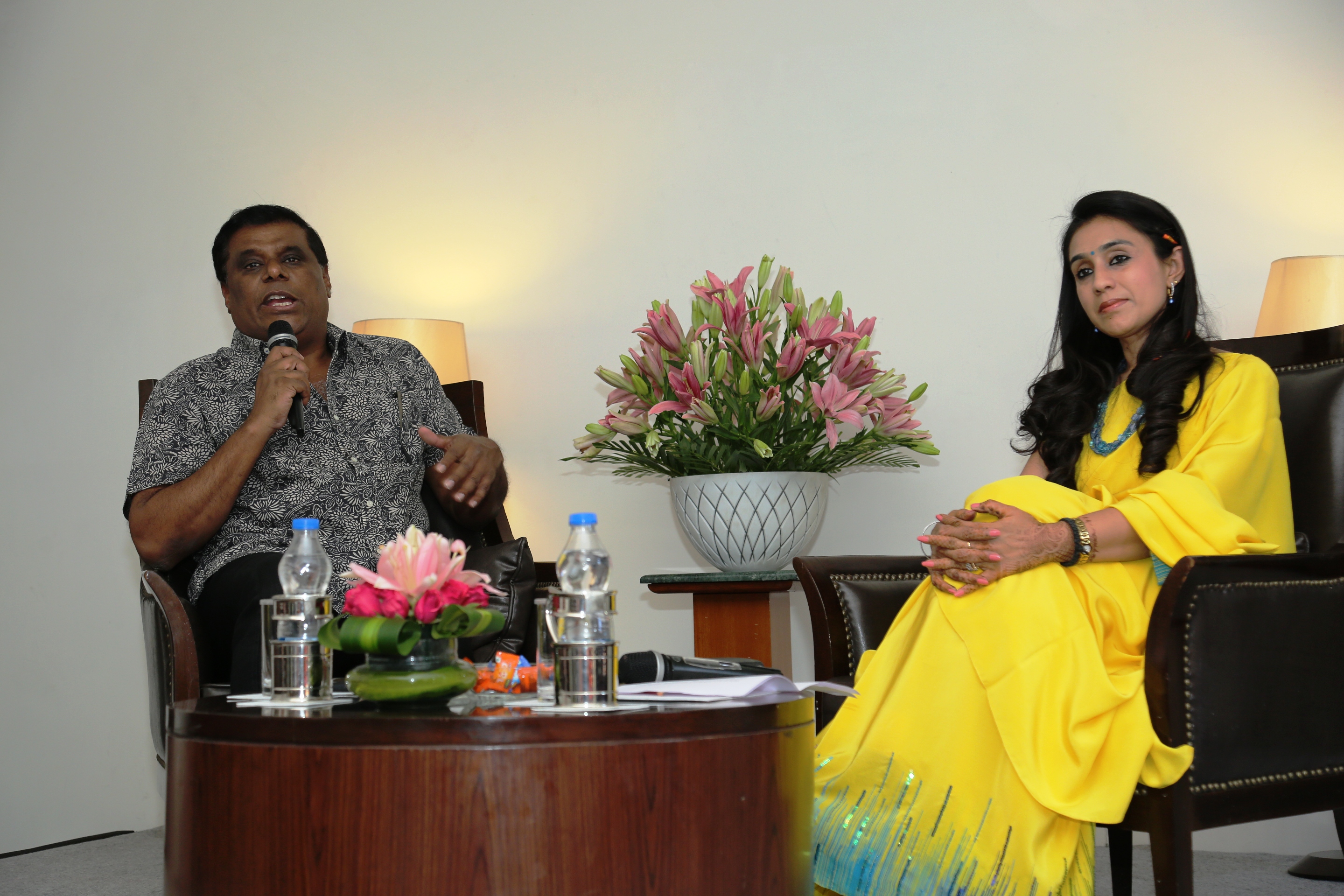 In conversation with Ms. Apra Kuchhal, the National Award Winning Actor, Ashish Vidyarthi shared with the audience his journey of being an actor. He said that the journey of an actor involves endless learning, observation and absorption. And the journey thus becomes one’s destination. Acting is about creating a reality which isn’t there.

Mr. Vidyarthi also said that commercial acting, which is often looked down upon, is not an easy endeavour at all as it requires grabbing the attention of the entire world.

Deeply interested in human beings and their inspiring facets, Vidyarthi strongly believes that each facet is a possibility for nourishment.

He also spoke about that how through ‘Avid Miner…Out of the Box Leadership Conversations’, he creates customized modules to motivate people to experience the greatness within and creates a synergic and nurturing environment.

Speaking about his role models and inspirations, he said that he has been greatly inspired by his father who was a freedom fighter. He further said that he has also been greatly motivated by Barack Obama and Amitabh Bachchan for their ideals and choices as well as their unstoppable attitude and zeal.

Mr. Vidyarthi had the audience in splits throughout with his wit and humour.

While the welcome address was delivered by Ms. Aakriti Mittal, the Vote of Thanks was proposed by Mr. Ayush Periwal on the occasion.