HomePress ReleaseSCREENING OF FILMS MADE BY CHILDREN AT JKK 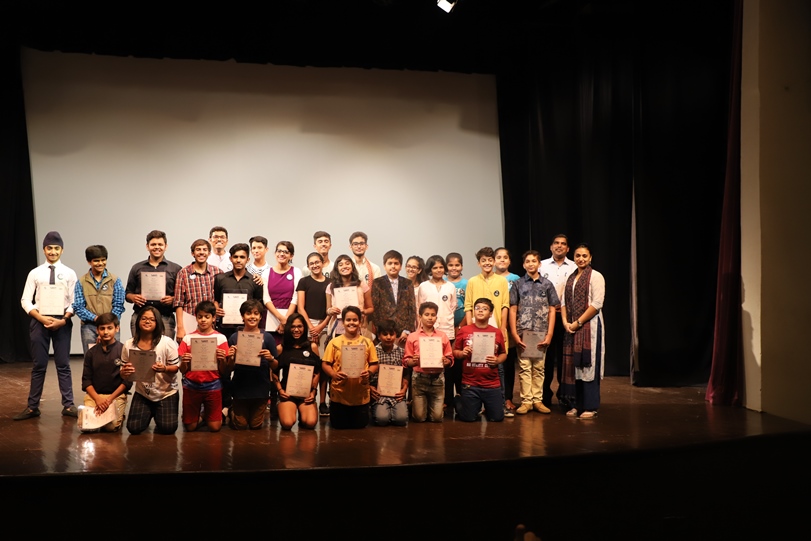 The 10 day Film Orientation Course by the Film and Television Institute of India (FTII) concluded at Jawahar Kala Kendra. As part of the closing ceremony, films made by children during this course were screened. The course was a part of the Junior Summer Programme. Senior Faculty, FTII and National Coordinator for SKIFT, Mr. Sandeep Shahare,  Course Director from FTII, Mr. Ritesh Taksande  and ADG,  Jawahar Kala Kendra (JKK),  Anuradha Singh were also present at the screening.

The event began with a rendition of ‘O Palanhare’ from the movie Lagaan by all the participants. It was followed by screening of around 4 minutes long films made by the students during the course. A total of 5 films of various genres like horror, humour, family drama and documentaries on themes like travel documentary on Jaipur,a horror story,  relationship between brothers, a film on teachers and friendship were presented at the screening.  At the end of the event, the students were awarded certificates from FTII for completing the course.

As many as 32 students between the ages 11 to 16 participated in this film making course. They were divided into groups of 5 and worked on complete film making process from pre-production, production to the post-production process. The workshop had begun with the introduction and basics of film making, followed by an expanded course including script-writing, lighting, sounds, camera-handling, production, cinema language, archives and techniques, response and evaluation. They were given a number of assignments as well which also included making and editing films which were screened.