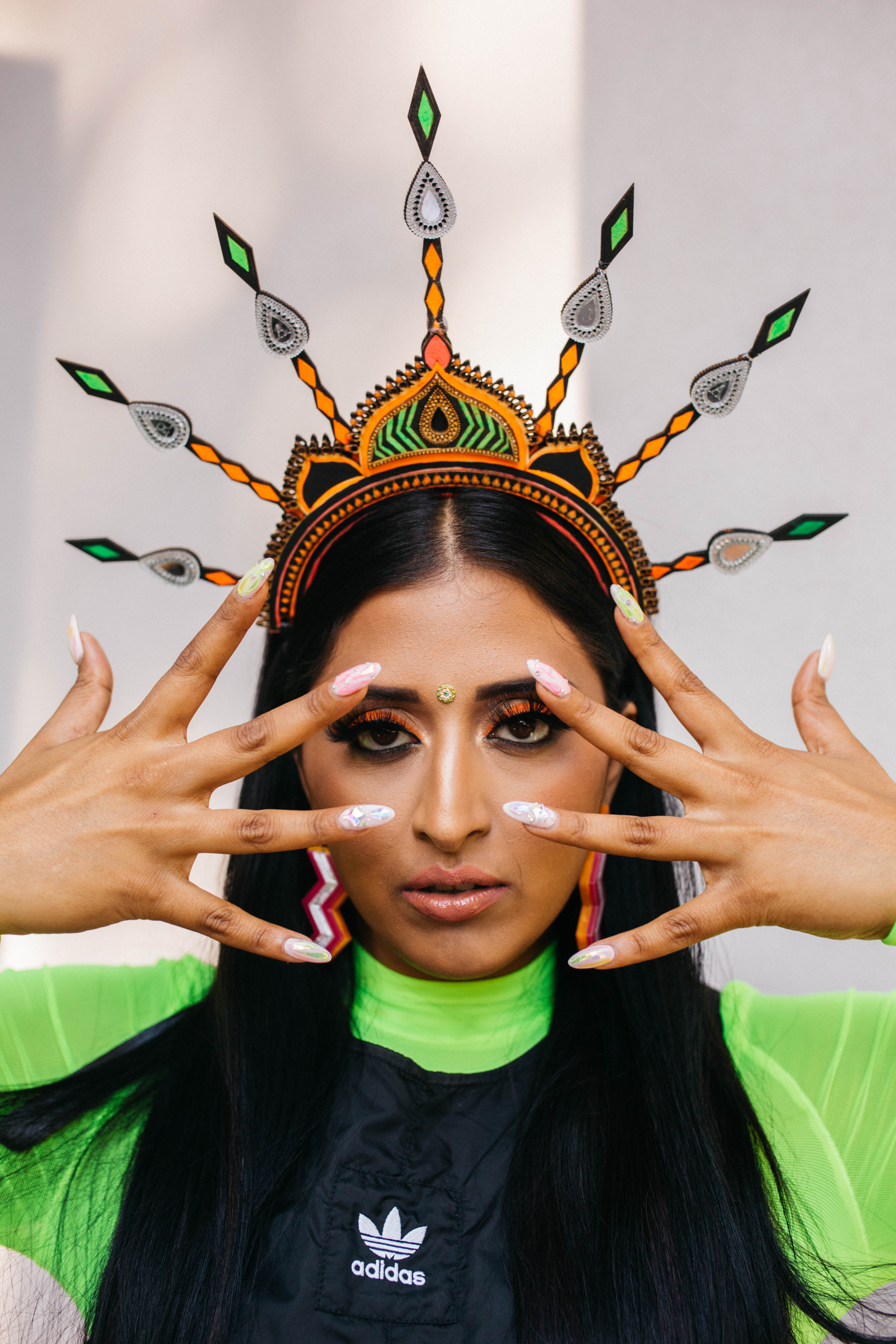 The grand music festival ‘Raymond MTV India Music Summit – Ek Sachha Sur’ to be held at the Fairmont, Jaipur from 4 October to 6 October in Jaipur will witness a wonderful fusion of western and eastern music. Raja Kumari, an Indian-American American songwriter, hip-hop artiste and fashionista will be showcasing her classical dance talent during her performance at the 3-day Summit. With her trendy jackets, shiny costumes and swanky hairstyle, Raja Kumari has not only broken the stereotype of the Indian female artistes, but has also become one of the leading artistes in the music industry in the last few years.

Raja Kumari started listening to hip-hop at around the age of 9 and never looked back. When she was growing up, she used rap music to cut across all stigma, forge a new culture and way of expression. From her first professional recording at the age of 14 to working with the musical legend, A.R Rahman and starring in Gully Boy. Her success is nothing short of a fairytale. She is currently one of the judges of MTV Hustle, India’s first rap reality show, where she is mentoring budding rappers to find their voice and channelize thoughts.

Talking about her association with the Music Summit, Raja Kumari said “This is my debut performance at the MTV India Music Summit and I am really looking forward to it. It is very exciting for me to be a part of this wonderful platform celebrating the diversity and heritage of music. Such events help us create an ideal roadmap for polishing and improving young talent in the music business in India and engage them in conversations on all things related to music.”

The vibrancy and versatility of Raja Kumari will be one of the most prominent attractions in the third edition of Raymond MTV India Music Summit to be held in Jaipur. She will thrill the audience with a stupendous performance on 4 October. In addition to this, she will also participate in a discussion with eminent Carnatic vocalists, Aruna Sairam, Prabhdeep and Nucleya in the summit.

It is worth noting that, the third edition of the Summit is being organized by MusicConcepts. At the Summit, India’s rich and varied musical heritage will be celebrated through discussions and presentations on various aspects of music. In addition to masterclasses, several morning Baithaks showcasing different styles of music, evening and late-night concerts and conversation sessions will also be organized.