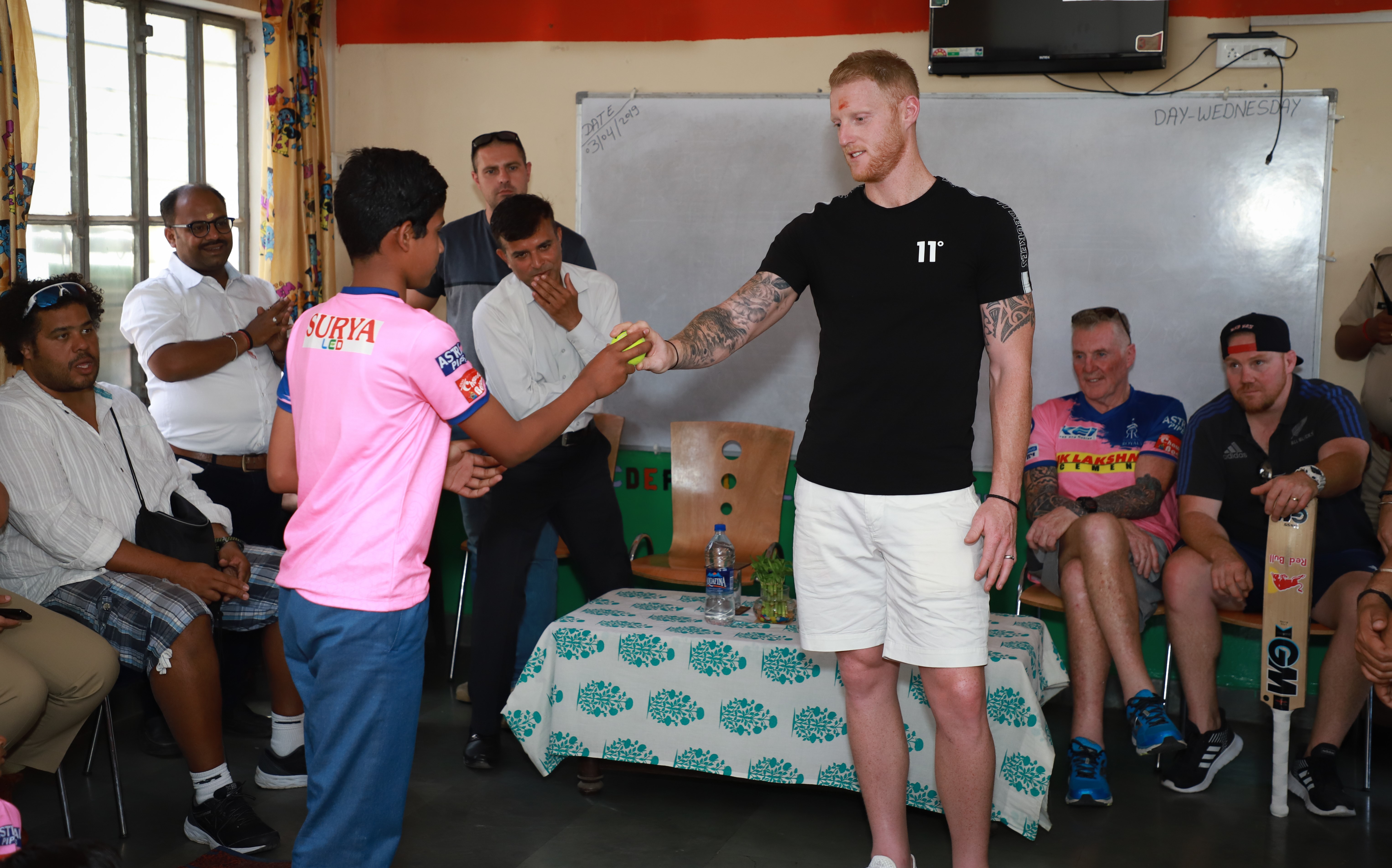 Rajasthan Royals and England all-rounder Ben Stokes extended his support towards ending child labour in Jaipur, one of the key projects of the British Asian Trust (BAT) in the Pink City. The Child Labour Free Jaipur Initiative is a multi-stakeholder partnership set up with the support of the British Asian Trust, with broad-scale support from state and district governments, Jaipur businesses, civil society organisations and local communities to make Jaipur free from child labour.

Taking time out during the IPL season, Stokes visited Taabar, a shelter home for rescued child labourers, and also watched a street play performance about child labour, at Gyan Ashram School in Mansarovar. The street play is part of a broad-scale community awareness strategy, one component of an Initiative that is aiming to reduce child labour in Jaipur and work with businesses to increase the number of certified child labour free products in the marketplace. At the school, Stokes also had an interactive session with students and presented them with Rajasthan Royals caps.

Speaking after the visit, Ben Stokes said that “I feel the people who are capable need to come together to achieve lasting and sustainable positive change for children by reducing child labour, which will eventually help their families and community as whole.”

“These kids are the future of tomorrow and it’s only logical that we try and create opportunities for them to lead life in a better way,” added Stokes.

The shelter home Stokes visited is a British Asian Trust partner that supports children in difficult circumstances by providing community-based rehabilitation for rescued child labourers and other children in need of care and protection.  He interacted with the children, some of whom had been personally invited by Stokes and the Royals to watch the game against Royals Challengers Bangalore the night before. Stokes spoke with the kids about their favourite cricketers, and their dreams and aspirations; he also demonstrated his own favourite cricket shots to them and shared tips to become better cricketers.

Given his association with the Royals and his love for the city of Jaipur, Stokes was keen to learn more about the British Asian Trust’s work on making Jaipur ‘child labour free’.  The aim of the initiative is to help Jaipur become a model for child protection and one of the safest places in the world for international retailers and ethical Indian companies to do business, with child labour free supply chains.