PUSHKAR FAIR CONCLUDES WITH A BONANZA OF EVENTS

HomePress ReleasePUSHKAR FAIR CONCLUDES WITH A BONANZA OF EVENTS 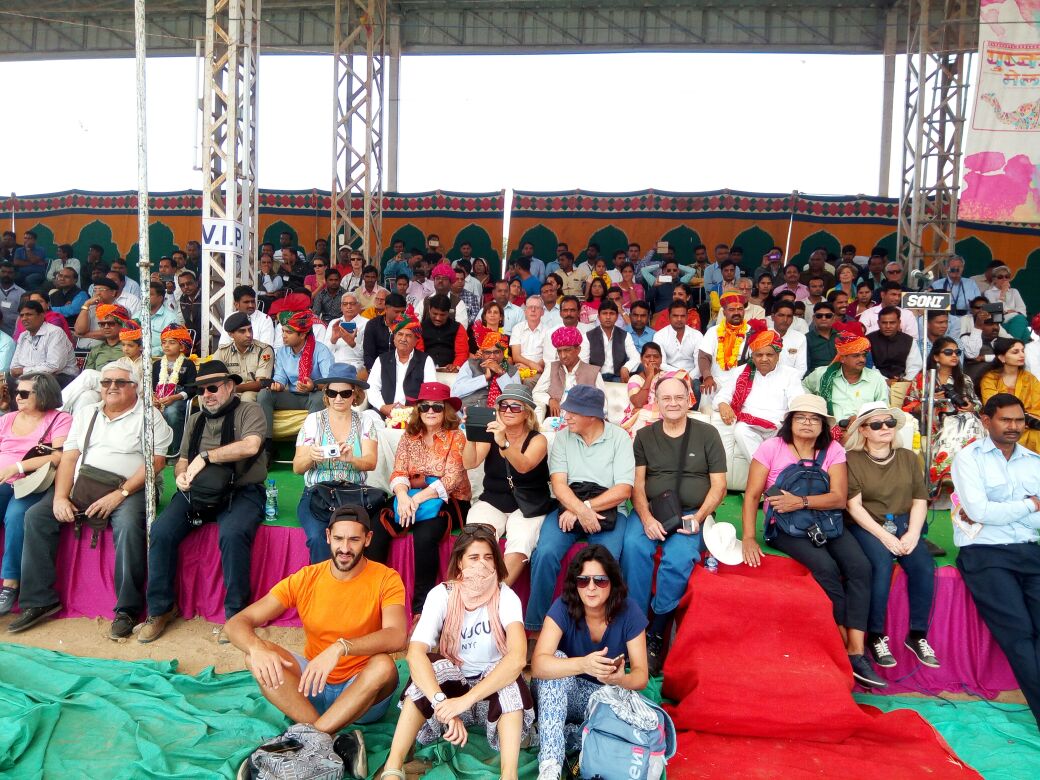 PUSHKAR FAIR CONCLUDES WITH A BONANZA OF EVENTS

Jaipur, 14 November: The world’s largest annual camel fair – Pushkar fair – concluded on the auspicious day of Poornima today in Pushkar near Ajmer. The final day of the fair witnessed huge participation of local as well as national and international tourists.

The day commenced with hot air balloon flights in the morning at 6 am. This was followed by competitions like tug of war and matka race in the mela ground. Around 200  students from various schools of Ajmer presented a group dance on the occasion. As a part of the ‘Kala Jatha’, cultural programmes such as Chakri Dance, Kalbelia Dance, Gair Dance, Chang Dhaap, Mashk Vaadan, Kachhi Ghodi along with Bikaner’s Robile greatly entertained the visitors. The winners of various competitions were also awarded at the end of the closing ceremony.

The evening once again witnessed hot air balloon flights at 4.30 pm followed by Maha Arti at the Pushkar Sarovar at 5.45 pm. Fireworks at the High Level Bridge at 8 pm will brought to a close the gala festive evening.

It is to be recalled that the Pushkar Cattle Fair is the only one of its kind in the entire world. During the fair, lakhs of people from rural India flock to Pushkar, along with camel and cattle for several days of livestock trading, horse dealing, pilgrimage and religious festival.

According to Hindu chronology, it takes place in the month of Kartika beginning on ‘ashtmi’ 8th day of Lunar Calendar and continues till full moon (‘Poornima’). The camel and cattle trading is at its peak during the first half of festival period. During the latter half, religious activities dominate the scenario. Devotees take dips in the holy “Sarovar” lake, as the sacred water is known to bestow salvation.

The world renowned 5 day festival is organized by the Department of Tourism (DOT), Government of Rajasthan and Pushkar Mela Vikas Samiti every year.