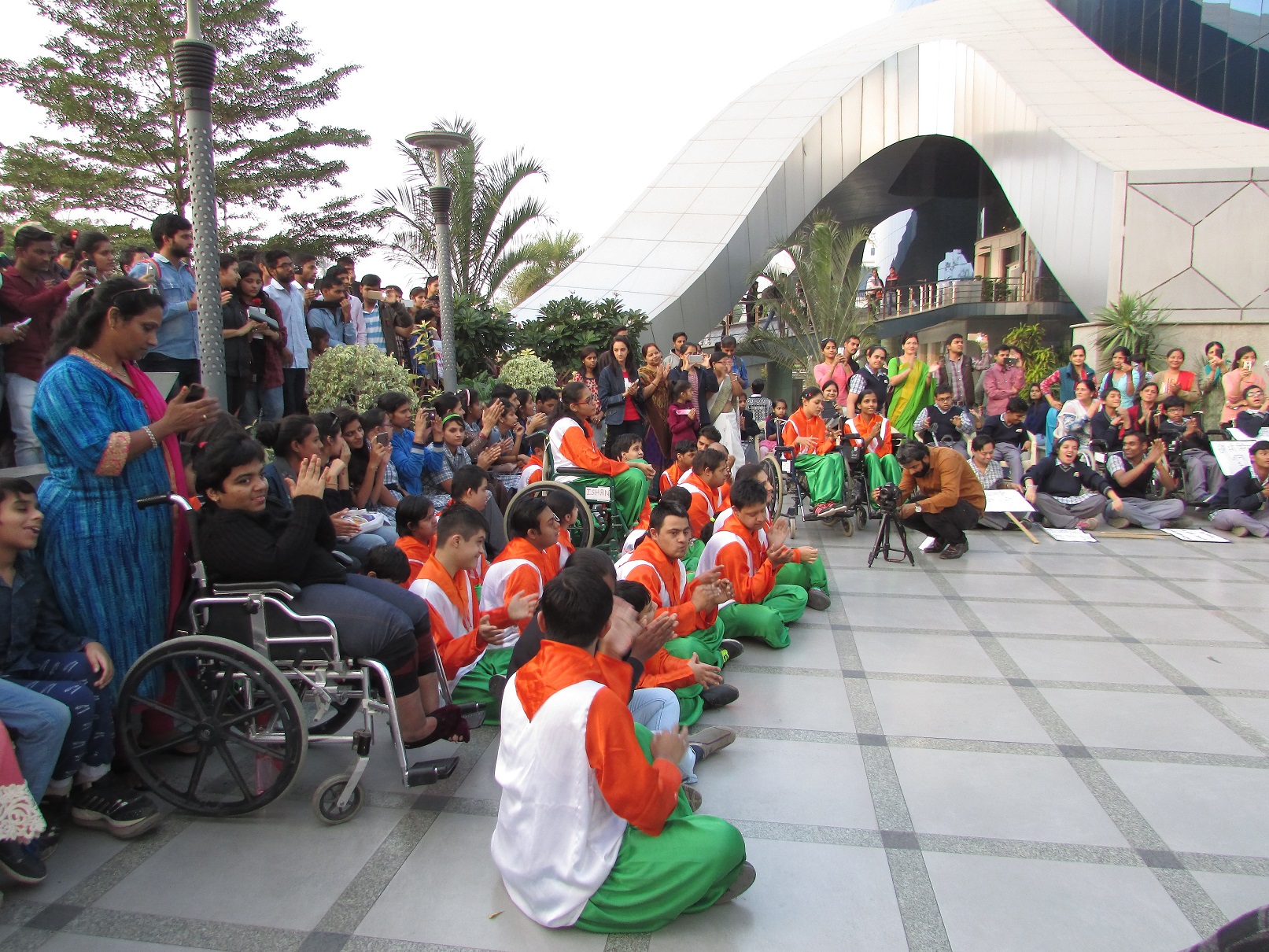 Jaipur, 2 December: On the eve of world disability day, on one hand students of Umang celebrated life with dance and music of famous singer Mr. Ravindra Upadhayay while on the other conveyed some serious strong messages to civil society at World Trade Park.

Students of Umang gathered at North block of World Trade Park. Soon after their foot tapping and eye catching performance, people gathered to hear keenly what young boys and girls with disabilities had to say. Although inclusive education is a right of every child, however, Shreyans gupta and Jayati Lamba made people think of its reality. A wheelchair user Shreyans Gupta student of class VII shared that ‘he wanted to go to a regular school but no school gave him admission’. While he wondered that ‘when according to Right to Education Act 2009, every child should go to regular school, and school has to provide support to special needs, why he has to go to a special school’ Jayati  Lamba student of class XII, who is soon finishing her school education showed her worry about higher education.  She said that she wants to attend a college but there are hardly any colleges for her.

Karan Sehgal drew everybody’s attention to the difficulties of public place accessibility for people with disabilities; he said that if new building follows the Guidelines of CPWD 2014, then they will have universal design and universal access. His friend Nitesh Rao spoke about equal rights of persons with disabilities and their possibilities. He said that everybody can do something, only need opportunities. He mentioned about special employment exchanges. He said that if people can think beyond stereotyped thinking about people with disabilities and explore possibilities then more opportunities could be created.

The stage was held by Mr. Ravindra Upadhayay who sang some favourite songs of Umang students. He appealed to the public to think about taking one step towards exploring possibilities of employment for young people with disabilities. Let’s all think of finding one thing that we can change for a person with disability at our workplaces, he said.

Mrs. Bina Kak was also present on the occasion.