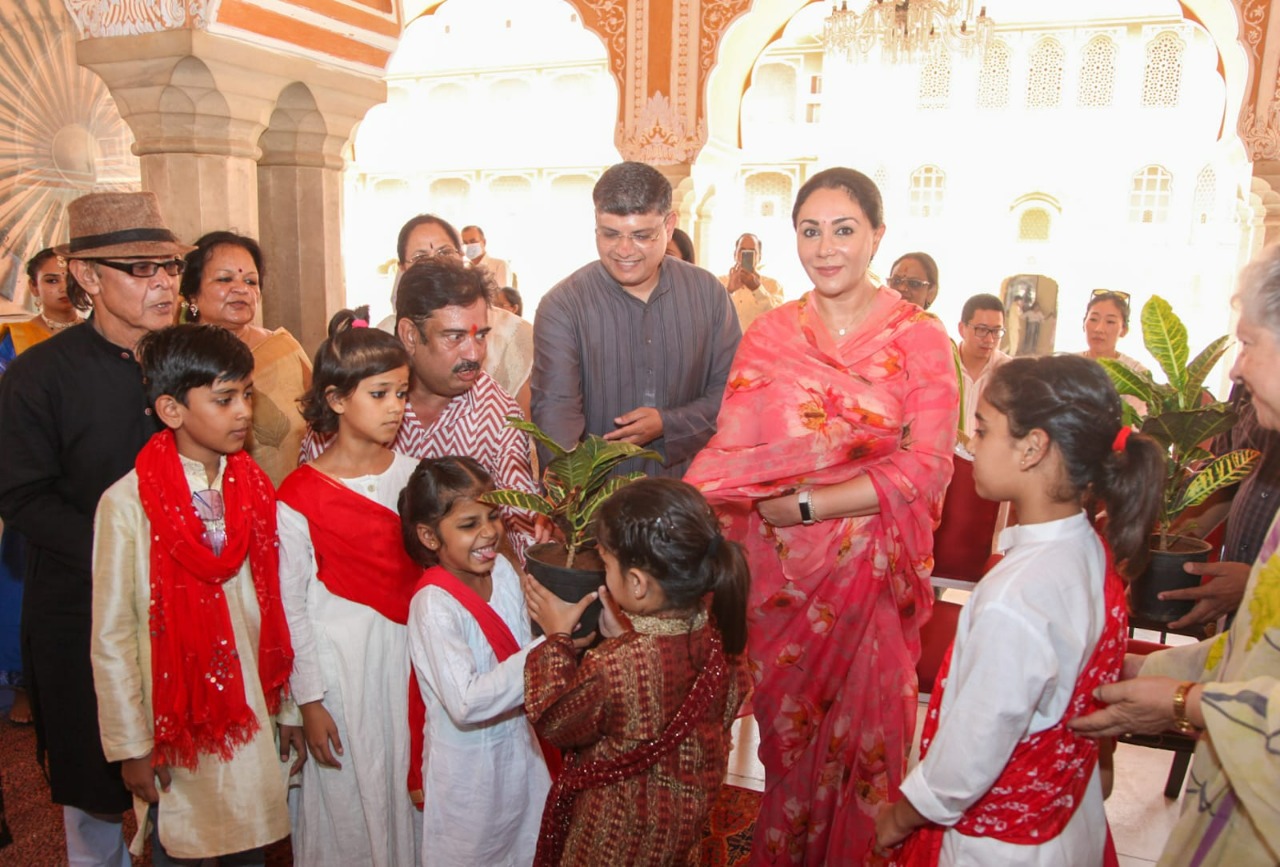 As a part of the Azadi Ka Amrit Mahotsav, ‘Pratibha Nikhar Diwas’ was celebrated in the courtyard of City Palace, Jaipur as a step towards the growth of the culture and traditions of India. On the occasion, Rajsamand MP Diya Kumari and National General Secretary of Sanskar Bharti, Shri Avinash attended as chief guests. The program started with ‘Saraswati Vandana’ by lighting the lamp. In the program, the trainees of the currently ongoing ‘Cultural Heritage Training Camp’ (Sanskratik Virasat Prashikshan Shivir) at City Palace presented their respective arts. During this, the MP also distributed birds and saplings to the children. The Executive Trustee of Maharaja Sawai Man Singh (MSMS) II Museum, Ms Rama Dutt as well as painter & OSD, MSMS II Museum, Mr Ramu Ramdev were also present.

On the occasion, MP Diya Kumari said that City Palace has been organizing this training camp for the last 24 years. After Covid, this camp is being organized again this year. She said that it has always been her family’s priority to keep the traditional arts and crafts alive. The MP further informed that the Princess Diya Kumari Foundation (PDKF) is also organizing training workshops regularly at Badal Mahal. As a part of which a training course on traditional lime and Araish has also recently begun. She said that there is a need to become self-reliant so that the employment generation can happen for all.

It is to be noted that in the Cultural Heritage Training Camp (Sanskratik Virasat Prashikshan Shivir) which began at City Palace on 1 June, trainees are receiving free training in traditional arts like Dhrupad, Kathak, painting, flute and Mandana for a month. This camp is being organized under the joint aegis of MSMS II Museum, Rangreet and Saraswati Kala Kendra. In this training camp, trainees are being taught traditional arts by eminent artistes of Rajasthan. In which Mrs Madhu Bhatt Tailang is giving training for ‘Dhrupad’. While Dr Jyoti Bharti Goswami is teaching the nuances of ‘Kathak’ of the Jaipur Gharana and Shri RD Gaur is giving training in ‘Flute’. Similarly, Shri Ramu Ramdev is giving training on basic lines and mineral colours in traditional painting, Shri Hemant Ramdev is teaching Kangra style and Shri Babu Lal Marotia is teaching Jaipur style of painting. Shri Lakshmi Narayan Kumawat is teaching the art of ‘Mandana’.